Triangulation involves measurement from two separate points to pinpoint a location. Recent research released by the Department of Education, Skills and Employment (DESE) plus OECD data is enough to pinpoint the challenge facing tertiary education coming out of the COVID hibernation.

At the beginning of forced home schooling DESE commissioned research to get a picture of the distribution of educational impact. While it may have proved useful, albeit short-lived, to bully first ministers to opening schools, it highlights the challenge we face.

Despite the aspirations set in Finn Targets of the early 1990s encouraging students to complete Year 12 and Peter Karmel’s seminal work in 1973 calling out inequities in resourcing of schools recently revived by David Gonski in the Schooling Resources Standard, we still have pockets of appalling school achievement. Inexcusable for a first world economy that has proven in the last three months how to solve wicked problems through collaboration across jurisdictional, political; economic and community divides.

Chief among the risk factors associated with poor outcomes is family socioeconomic status (SES), which is consistently associated with negative outcomes. … by Year 7, 36.3 per cent of low SES students are at or below the minimum standard expected at this stage of schooling, a rate ten times that for high SES students (3.4 per cent). School completion is also much lower for children from poorer families with 29.6 per cent not attaining a Year 12 certificate, according to the national census, compared to a national average of 18.4 per cent and a rate for high SES students of 9.7 per cent.

That’s the starting point! Lamb concludes that students from low SES households will suffer a 5.7 per cent decline in reading if one term is spent on-line with numeracy declining by 8.3 per cent.

I commented last year on the costs these results signal in this cohort’s active participation in economic life – that was pre-COVID!

Let’s triangulate further to make sure we nail the point. All commentators confirm that low-skilled young people take the longest coming out of a downturn to secure meaningful work in sufficient quantity. Youth unemployment and underemployment was already poor before COVID and will be catastrophic post-COVID.

The Treasurer predicts that businesses in their recovery phase are likely to invest in digital capabilities, particularly given workers have adapted so readily to stay-at-home measures. Masters adds, though, that low performing students in PISA expressed significantly lower levels of interest in using ICT and had lower levels of confidence using digital devices.

The Economist predicts the global economy will contract by 10 percent. Available jobs will shrink at the same rate, even more if digital investment takes off.

Training for a promise of a job as the way out for this cohort of young people – the COVID generation – will be seen as a con. At best, casual jobs for young people may return soon but as there is a view that this form of work is an adjustment tool for employers at the cost of workers. It does not stand as a robust platform upon which to rebuild opportunity for this generation.

Lena Karmel Lodge, named in honour of Peter’s wife, overlooks the federal headquarters of DESE. I hope that hers and Peter’s spirit of education reform breathes through those headquarters when it comes to Australian tertiary education.

It’s needed. The 2018 PISA generation are finishing school this year.

Skills ministers agree to reforms to manage pandemic and recovery

Australia’s skills ministers have agreed on a package of measures, including an $80 million fund to turbocharge skills training to deal with COVID-19.

In its first ever virtual meeting last Friday, the Council of Australian Governments (COAG) Skills Council approved a series of initiatives to help deliver skills training and support the economic recovery. These include: 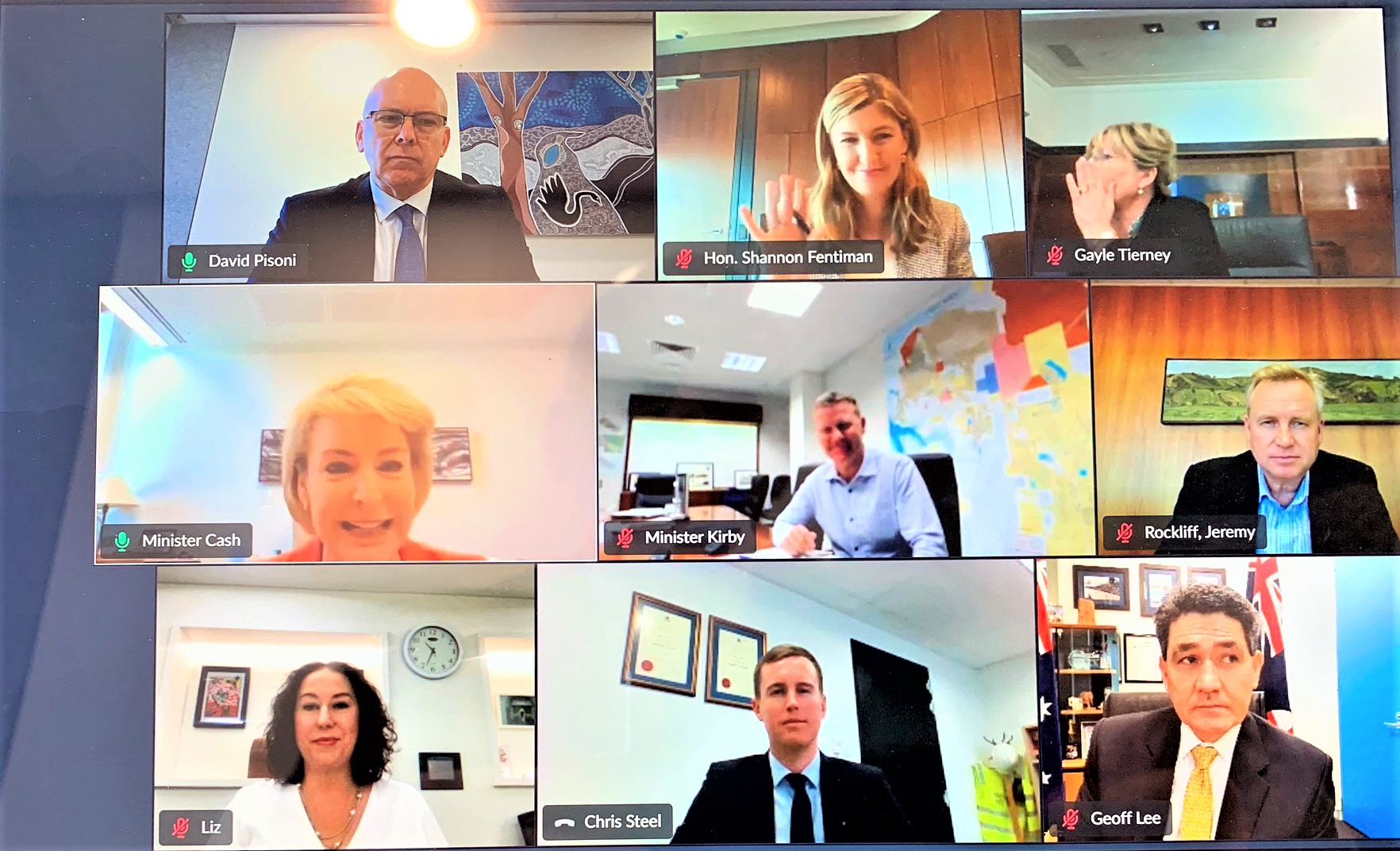 NSW comes to the aid of international students

The NSW government will fund temporary crisis accommodation for stranded international students as part of a $20 million assistance package.

The Minister for Skills and Tertiary Education Geoff Lee announced on Friday that the government would fund temporary housing, targeted at students in genuine need and delivered through approved student accommodation or homestay providers.

A new 24/7 international student support service, through the NSW Government COVID-19 hotline (13 77 88), will offer free advice and information about other measures, including the moratorium on rental evictions and medical, mental health, legal and emergency support.

“The additional support being announced today complements efforts of our education institutions, highlighted by a combined $180 million commitment from NSW universities for their international and domestic students,” Mr Lee said.

The Minister for Education, Dan Tehan announced that 58 new short courses will be offered by 18 higher education providers, including TAFEs.

The government will subsidise 1,015 places in courses covering teaching, agriculture, health, science, engineering, clinical psychology, information technology, and languages. The cost to students will range from $1,250 to $2,500.

“We welcome the innovative thinking that has seen the trialling of new Undergraduate Certificates, and the fact that more than 15 per cent of Commonwealth Supported Places under this initiative have been allocated to higher education at TAFE,” Mr Robertson said.

“We think this paves the way for a wider embrace of higher education at TAFE, and for further CSPs, particularly in states and territories not granted places under this round of the initiative.

“As we look increasingly to short courses and microcredentials to address skills needs, more Australians will be attracted by the vocational education and applied learning available through TAFE higher education,” he said.

VET colleges show their flair in a virtual world

The extraordinary steps by vocational colleges around the world to implement online teaching and learning during COVID-19 are featured in the latest edition of Dispatch, from the World Federation of Colleges and Polytechnics (WFCP).

Stories from Spain, China, Jamaica and Brazil highlight how colleges are working with communities, students, governments and employers to maintain learning and employment.

There’s also a feature on the apprenticeship system in the United States that has yielded some remarkable results after drawing on innovative practices from Australia and Europe.

Regional and remote tertiary education providers are able to apply for grants under the Destination Australia Program to support study in regional areas.

The second round of applications for the program are now open, allowing regional universities and vocational education providers to apply to offer scholarships of up to $15,000 a student per year.

The scholarships are open to students to undertake a qualification from a Certificate IV through to a PhD in a regional community.

Applications from providers close on 7 July. Students can then apply directly to institutions.

Applications have opened for the Bert Evans Apprentice Scholarships which will offer up to $15,000 each to almost 100 apprentices across NSW.

The Minister for Skills and Tertiary Education Geoff Lee said the scholarships support apprentices who are experiencing financial or personal hardship, demonstrate a high aptitude for vocational education and are committed to their job training.

The scholarships are worth $5,000 each year for up to three years.Up to 95 scholarships will be awarded, including 20 for Indigenous apprentices.

The scholarship program is named in honour of the late Bert Evans AO, a passionate advocate of vocational education for more than 30 years.

Webinars to help emerging VET researchers to get a start

The idea is to help those with a research idea to be able to take it from conception to dissemination, through each stage of the research cycle.

The series of eight webinars runs from June until next March. They cover topics including designing questions for VET research, collecting and analysing empirical data, accessing and using secondary and public data, understanding the ethics of research, and writing for different audiences.

The session will be facilitated by a team of experienced VET researchers and include input from AVETRA’s expert researcher network.

The first webinar is on the role of research for VET practice and policy on Friday June 12. It features Kira Clarke, Senior Research Fellow with the Brotherhood of St Laurence, Lizzie Knight, a Research Fellow at the Centre for International Research in Education Systems (CIRES) at Victoria University, and Jason Skues, Senior Lecturer at Swinburne University.