Australia and the Asian miracle – comment by CEO Craig Robertson

Australia and the Asian miracle – comment by CEO Craig Robertson

I was privileged on Friday to be the guest of the Chinese Ambassador to Australia, His Excellency Mr Cheng, in the celebration of 40 years of China’s opening to the world.

eaker, Andrew Robb, former minister for Trade, congratulated China on its truly remarkable journey. Mr Robb acknowledged that while our countries hail from different economic and political systems, dialogue and understanding is key to our ongoing relationship.

The exhibition of China’s journey is at 151 Castlereagh Street in Sydney and is open to the public. I was taken by one photo of Deng Xiaoping, the Chinese leader of the 1980s recognised as the author of the economic reforms. He is quoted as pursuing the reforms for the ‘emancipation of the productive forces’.

Political scholars will point out this quote’s antecedent to Marxist philosophy. Regardless, China’s opening has seen the lifting of 500 million Chinese out of poverty and 300 million into the middle class. Truly remarkable.

Why was I taken? In his book, The Future is Asian, Parag Kannah describes the world as an amalgam of the artefacts of the European nineteenth century, the American twentieth century and the Asian twenty-first century. His Asia has nearly five billion people, three-and-a half billion of whom are not Chinese.

In our increasingly globalised world, triggered by China’s economic growth and the emerging middle class of Asia, global supply chains are growing in importance. A report from the OECD[1] describes the process nicely:

Since the 1990s, the world has entered a new phase of globalisation. Information and communication technology, trade liberalisation and lower transport costs have enabled firms and countries to fragment the production process into global value chains (GVCs): many products are now designed in one country and assembled in another country from parts often manufactured in several countries.

The learning, research and skills from our tertiary education system will increasingly be exercised within these chains. But it appears we are not doing well. In its Scoreboard on skills and global value chains Australia is ranked in the lowest quartile of OECD countries in Developing skills to face the challenges of GVCs and Specialised in tech advanced industries and Increasing specialisation in tech for developing GVCs. And remember, most Asian countries are not ranked as they are not OECD members!

The OECD highlights the importance:

GVCs give workers the opportunity to apply their skills all around the world without moving countries: an idea can be turned into a product more easily and those who are involved in production can all benefit from this idea.

When we develop our qualifications do we keep an eye on developing skills capabilities to engage in GVCs? It’s important that we do. In this the Asian Century there’s plenty of other economies and skilled up workers willing to step in our place. 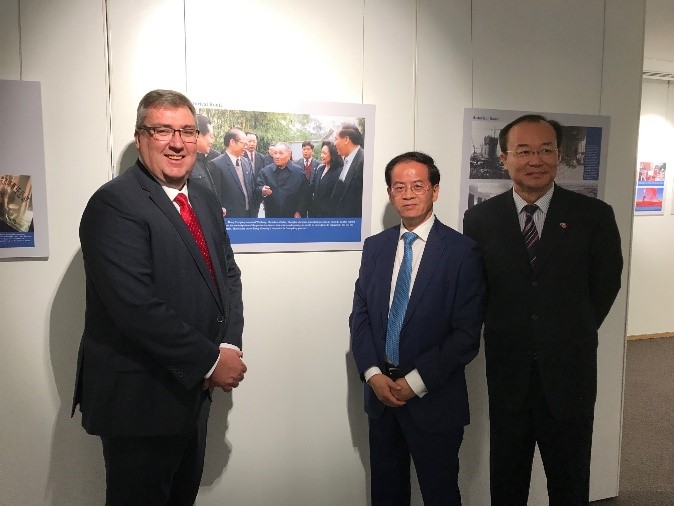 Australia’s low skilled and older workers face the most urgent need for more work-related learning, according to a new report from the OECD.

The OECD Priorities for Adult Learning dashboard compares Australia’s performance with OECD countries in terms of the capacity of the adult learning system to meet future workforce needs.

The report says Australia performs around the OECD average in the dimensions of inclusiveness, impact and financing.

It performs above average in terms of coverage. According to the OECD’s Survey of Adult Skills (PIAAC), 48% of adults participated in job-related adult learning during a 12-month period compared with the OECD average of 40%. However, this share drops to 23% for low-skilled adults and to 32% for older adults aged 55 and over.

“Australia also faces a somewhat smaller challenge than some other countries in ensuring that all adults have a minimum level of basic skills. The share of adults with poor cognitive skills is below the OECD average.

“Nevertheless, more than one-in-five Australians can at most complete very simple reading and/or mathematical tasks, such as reading brief texts on familiar topics or understanding basic percentages,” the OECD says.

“Upskilling them will be crucial to maintaining and increasing Australia’s competitiveness.”

The program, part of Victoria’s Latin America Trade and Investment Strategy, was launched in Santiago last May by the Governor of Victoria, Linda Dessau, and in Melbourne by then Minister for Trade, Philip Dalidakis.

The Lopez Lochert Scholarship was co-funded by the Victorian government and participating TAFE institutes to enable students to undertake courses at Duoc UC in either Latin American Business or Chilean Wine.

The program provided an exciting international and cross-cultural experience for the students and an international perspective on their home studies. New connections were established across the Victorian and Chilean education sectors, reflected in formal events hosted by Duoc UC, the Victorian Government Trade and Investment office and the Australian Embassy in Santiago.

The student group was accompanied by TAFE teachers from William Angliss Institute, Melbourne Polytechnic and Chisholm Institute of TAFE, who will present their reflections and curriculum learnings at a welcome home reception for staff and students in Melbourne this month.

The Victorian TAFE Association wishes to acknowledge the support of the Victorian Government and all participating TAFE and TAFE Division CEOs in making this program a success. Future Victorian TAFE collaborations on inbound and outbound mobility programs are anticipated.

Queensland’s VET system will need to deliver significant new skills and qualifications over the next few years, according to a new report by Jobs Queensland.

“VET will need to respond to this demand in two ways – through providing entry-level pathways into the labour market and by providing opportunities for career building and lifelong learning through upskilling and reskilling,” the report says.

Jobs Queensland Chair Professor Peter Coaldrake said the discussion paper was part of a broader research project examining the impact of changes to the future of work for Queensland’s skills and employment system.

“We know technology is transforming the ecomony and how business is done.

“Jobs Queensland’s preliminary research also tells us we need to understand how technology combines with other key drivers like the state’s changing demographic profile and other social and economic shifts.”

National careers strategy to set a standard for students

Future Ready: A student focused National Career Education Strategy was developed in collaboration with education providers, business, parents and carers, career practitioners and youth and was endorsed by the COAG Education Council in February.

The strategy is designed to allow flexibility in its use by the broadest range of stakeholders, including school systems, school leaders and teachers, parents and communities, industry and individual employers. It focusses on

A number of projects have commenced in partnership with state and territory education departments, business and industry and career education groups. Further information about the projects and resources will be available over coming months.

The South Australian Training and Skills Commission has released its latest Industry Priority Qualification (IPQ) report which outlines the prioritisation of vocational qualifications and skill sets for each industry.

The report draws on a survey conducted by the commission last July and feedback from workshops held with each industry. It collected 1,306 responses from 19 industry sectors.

In total, there were 1,304 qualifications, accredited courses and skill sets selected by industry as a priority. A total of 70 per cent of the priority qualifications identified were a priority for just one industry.

The report says that most industries placed a higher priority on entry level qualifications compared to upskilling qualifications.

Skill sets accounted for 20% of essential, high and medium priority qualifications across all industries.