Last Thursday as I was reading the Australian Financial Review I was struck by the words of Catherine Livingstone, Chair of the Board of CBA, ‘You learn from the past, but you don’t dwell on the past. Once you’ve learned the lessons, you really need to look at the future because the future is moving so fast’.

The last few years have certainly been challenging for CBA as it responded to the Royal Commission, supported businesses and individuals through COVID, and tackled the banking ‘digital evolution – or revolution’ (Paul O’Malley CBA Board Director).

Similarly, the last few years have been challenging for TAFEs. We have responded to the digital evolution that was in part foisted upon the sector by COVID. While many organisations were well prepared to increase online learning, others were less so. All TAFEs are now investing heavily in digital solutions.

We have responded to the ever-changing challenge of training packages. Despite our calls for an industry outcomes focus and less prescriptive inputs, some Industry Reference Committees are not heeding that call. So, we continue to end up with training products that don’t acknowledge delivery issues. There are many current examples that are frustrating RTOs. We look forward to the new Industry Clusters where some applicants are already embracing co-design – we applaud that approach.

We responded to the recruitment issues in skill shortage areas of our own workforce. For many TAFE CEOs, this keeps them awake at night as they are challenged to attract skilled educators to meet demands from the boosting apprentice policies, especially when industry conditions are so buoyant.

We have responded to the diversity of our student population – the challenges and changes they face, which were deepened when they were not able to come to campuses. For TAFEs our contract is with our students, and we have focused on providing learning experiences that meet the needs of that diversity of our students. Northern Territory is a leader in their approach to meeting the needs of diverse and highly remote students.

We have responded with innovation. Individual TAFEs are looking at multiple solutions for local needs. For example, NSW’s Institutes of Applied Technology, Victoria’s investments in infrastructure, Tasmania’s Centres of Excellence, Queensland’s development of micro-credentials, and Western Australia’s creative partnerships with industry. We then share these innovations, for example CIT’s leadership in cybersecurity is the topic of our next TAFETalks on 18 May and TAFE SA’s self-assurance model is the topic of TAFETalks in June.

That leads me to the TAFE convention – Courage, Change and Challenge – the Future of TAFE. As Catherine Livingstone stated we must learn from the past, but we must look to the future. That is what this convention in November will be all about. We will be discussing the various responses from TAFEs in the context of looking to what the future of TAFE means in a fast-moving tertiary education sector.

Thinking about these themes, I want to conclude today’s newsletter by paying personal tribute to one of the great policy influencers of our time, Professor Peter Noonan. Peter’s recent passing takes from the sector one of its great thinkers. In this newsletter we honour Peter. He was pivotal in helping those who work in tertiary education to learn from the past to inform the future. Farewell Peter Noonan – deep thanks for your amazing contribution. You will be greatly missed.

Australia has lost one of its most prolific and insightful authorities on the tertiary education landscape, with the death of Peter Noonan. 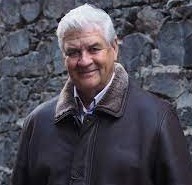 Peter was Emeritus Professor of Tertiary Education Policy at the Mitchell Institute and the Centre for Research on International Education Systems at Victoria University.

He was also an Honorary Senior Fellow in the Graduate School of Education at The University of Melbourne in the LH Martin Institute for Tertiary Education Leadership.

Peter died on April 23 after a protracted battle with cancer.

He carved a remarkable reputation for his expert knowledge of the education and training sector over some four decades. Indeed, he played a pivotal role in many of the landmark reforms, effectively shaping much of the modern education system.

Originally from Western Australia, he worked as an official at the Australian Education Union, before a career that spanned policy adviser, senior executive, consultant, academic, speaker and sought-after commentator.

He had a commanding presence that was backed by a meticulous knowledge of the detail, honed from both the theory and the real world.

He served as an adviser to both ministers and departments, was appointed to the Victorian State Training Board, and was Deputy Director General at the Queensland Department of Employment Training and Industrial Relations.

Perhaps his most notable executive appointment was as General Manager of the Australian National Training Authority (ANTA), established in 1992 as a landmark organisation to bring a national focus to VET.

In later years he served on two of the most far-reaching projects in tertiary education – the 2008 Bradley Review of higher education, and the 2019 review of the Australian Qualifications Framework (AQF).

AiGroup’s Megan Lilly who served with Peter on the AQF review said he would be remembered both for the extent of his contribution and for the extraordinary length of time in which he played a part.

“I think his most enduring legacy is in developing a tertiary education sector, and I think he was most proud of his work on the AQF review. He always had an eye for ways to make it better and he never lost sight of that,” Ms Lilly said.

Engaged by the Allen Consulting Group, Peter also led work on the schooling resources standard for the Gonski Review of government school funding.

Craig Robertson, CEO of the Victorian Skills Authority and former CEO of TDA said Peter’s work on the Bradley, Gonski and AQF reviews highlighted his breadth and the high regard for his intellectual ability.

“There is no doubt that he will leave an important legacy across all education sectors. He was also a very good friend of TAFE, and spoke regularly at TDA conventions and to the TDA Board.”

One of Peter’s more recent tasks was as a member of the expert committee created to advise the federal government on the implementation of the 2019 Joyce review of the VET system.

TDA acknowledges the remarkable role that Peter Noonan played in helping to build Australia’s education system, and extends its sincere condolences to his family and colleagues.

TDA Convention 2022: Courage, Change and Challenge – The Future of TAFE 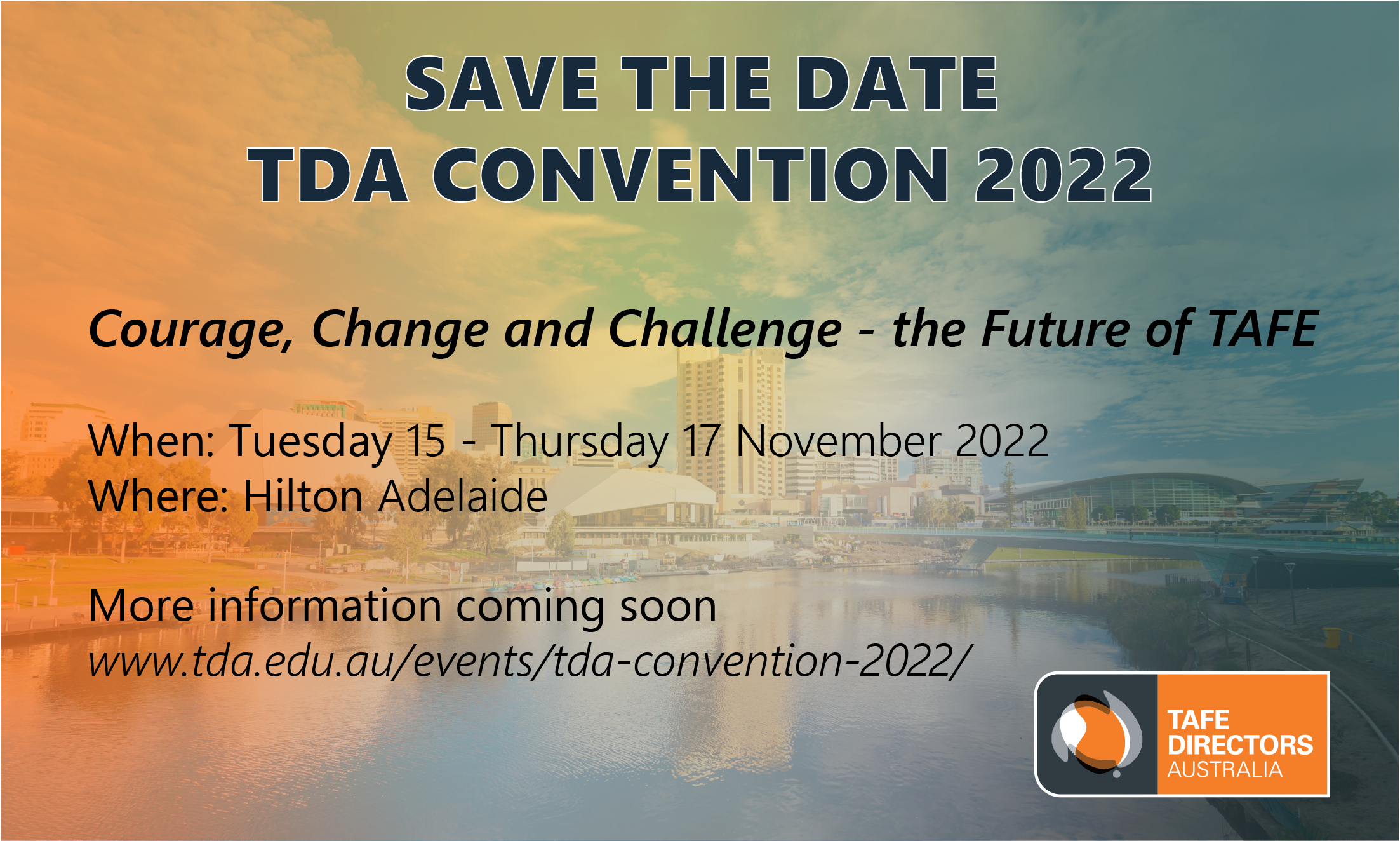 The TDA Convention 2022 will take place at the Hilton Adelaide from Tuesday 15 to Thursday 17 November.

TDA has convened a working group made up of one TDA member representative per jurisdiction to inform program development and to provide ongoing support for convention preparations. Members of TAFEs and dual sector universities wishing to discuss input and ideas for the convention can contact their state/territory representative as listed below.

TDA also welcomes input from its members and other stakeholders including industry partners via memberservices@tda.edu.au

TEQSA has warned of a possible new effort at commercial academic cheating where students have been offered the chance to win up to $10,000 if they upload course materials or assignments to academic file sharing websites.

TEQSA says its Higher Education Integrity Unit is aware of email and social media promotions offering financial inducements and is concerned about the risk posed by sharing course content and assessment material.

It says higher education institutions should consider whether the use of online study platforms constitutes a breach of institutional policies, and should warn students about possible disciplinary action.

It urges education institutions to ensure policies are regularly reviewed and upheld and to remind students and staff about the importance of academic integrity.

Next TAFETalks: Cyber security; Building capability to respond to risk 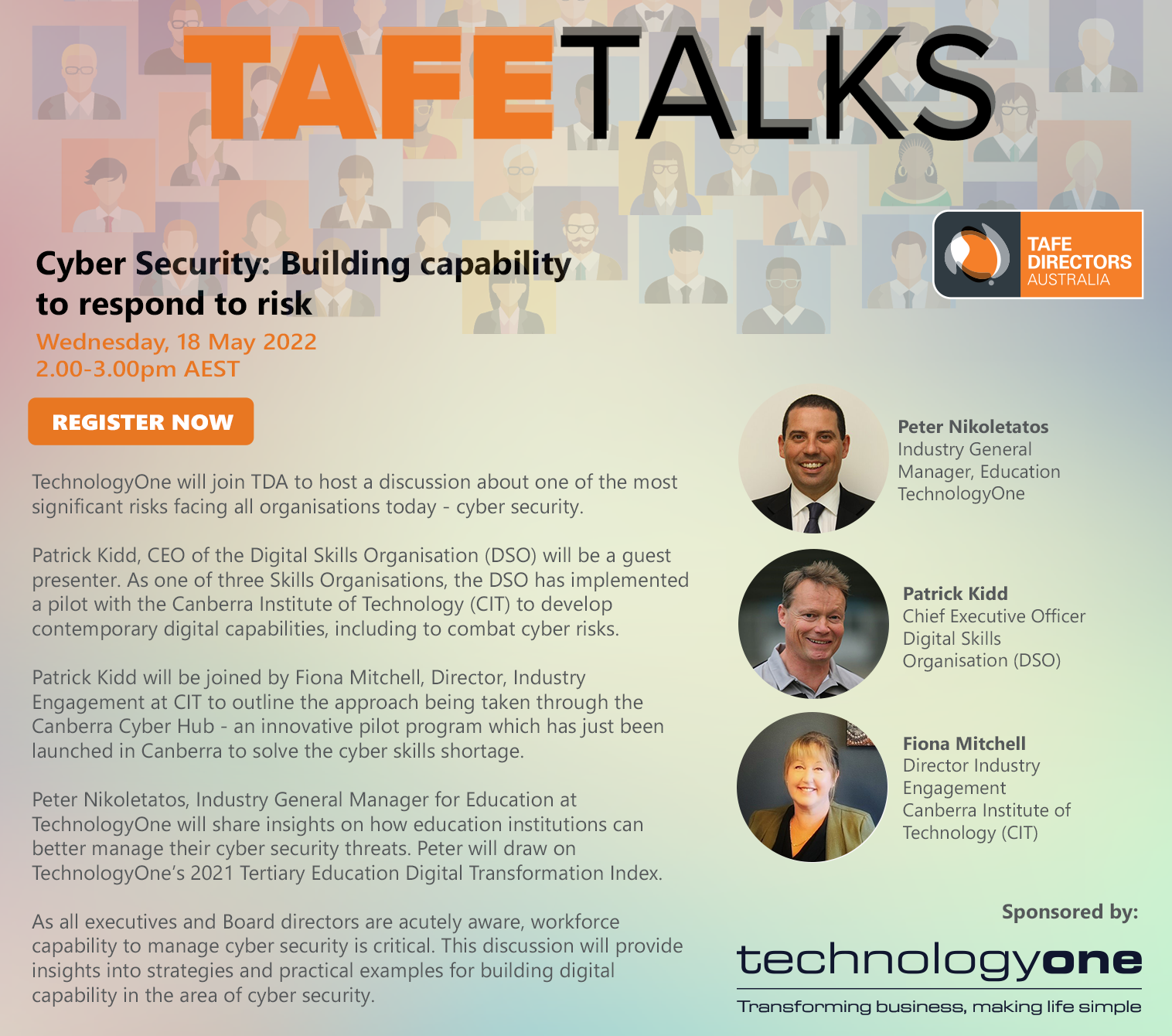 International students studying VET courses in Australia have enjoyed significantly improved employment outcomes, according to the latest findings from NCVER.

A total of 75.5% of international onshore VET qualification completers were employed after training in mid-2021, up 10.8 percentage points from the same period in 2020.

A total of 64.1% had an improved employment status after training, up 10.5 percentage points from 2020.
More of those who completed their qualification were employed in Australia – 72.8%, which was 12.2 percentage points higher than the previous year.

There was continuing high levels of satisfaction with training – 85.4% satisfied with the training overall, up 1.7 percentage points from 2020. Also, almost 81% would recommend their training provider, similar to 2020.

The Australian Skills Quality Authority (ASQA) has updated advice for training providers in NSW and Queensland affected by recent floods.

ASQA has worked closely with affected providers and has published on how it can support those who have been affected.

ASQA is extending the due date for the Annual Declaration on Compliance from 31 March 2022 to 29 April 2022 for all flood-affected providers.

There is also the possibility of extensions to application to transition students into new training products or when performance assessments are underway.

Flood affected providers are encouraged to contact ASQA to discuss their situation by email at enquiries@asqa.gov.au or by calling 1300 701 801 from 9am to 7pm (AEDT) Monday to Friday.