As a supporter of the Richmond Football Club, imagine your foreboding when just three quarters into the first game of the 2019 season you lose for the year the league’s best defender, followed by a prized forward for 13 weeks and knowing the star recruit was only expected to play half the season. With seven wins and six losses mid-season, the foreboding turns to dread.

Followers of the game would be familiar with the Richmond approach – not only the way of moving the ball, the defensive zone and the clear expectations on players, but more so, importantly, the inextinguishable support and accountability between the players and coaches. It’s the belief in a system that flexes with the ebbs and flows of the game and the season that eventually brought Richmond to the premiership, despite the odds.

This has caused me to reflect on the recent suite of ASQA approvals of TAFE registration renewals for seven-year periods, the latest being TAFE NSW.

The renewal is no ordinary thing. In the case of NSW it represents the culmination of bringing together 12 separate training organisations into one operation. The auditors just didn’t visit Ultimo but several campuses. The same was the case for Queensland, Tasmania, South Australia and Charles Darwin University.

The renewal is not to be taken lightly. It’s like a refining fire. Staff of each TAFE have spent countless hours and resources reviewing teaching and assessment practices, procedures and documents to be ready to be tested under the rigour of the audit.

No citizen, student, industry, TAFE staff, board member or politician should under-estimate its significance.

The renewal is not a simple business transaction. It’s a license to operate. It’s the privilege to serve the citizen, the state and the nation.

The renewal is not solely a testament to TAFEs executive. The practices of all staff are under scrutiny. The renewal reflects the commitment of the staff.

Systems is about the only way to assure quality in education. Unfortunately, the sector’s policy is quasi-commercial, point in time and compliance based.

At one point new applicants to become RTOs equalled the number being forced to close due to poor practice. ASQA also reports that many, once approved, quickly changed their scope, chasing the money courses it seems.

It also appears we’ve had providers motivated by returns to owners with little regard for the education mission. We’ve had too many rely on the rectification option as a first stop, not as a backstop. The alarming number of external appeals of ASQA decisions must point to systemic provider issues that warrant a review of the policy of entry to VET. In the meantime, it’s good that ASQA has strong assessment of the education mission of applicants.

But what is not well understood is the ever-expanding bank of training specification by industry which has to be assessed during an audit. Our open standards-based approach to training design and delivery has become bogged down in over specification. Training Packages, which at their core are meant to prescribe occupational standards into qualifications and to guide course design, have been choked with delivery expectations. This creates a smorgasbord of requirements which auditors are forced to pick through to test compliance instead of education practice.

Sector policy and practice has us at this point. It’s useful for our ministers to ask ASQA to educate providers about quality expectations of the system, but it’s not helpful if the root cause is not examined and is not helped when there is no definition of quality beyond being compliant.

It would have been easy for Richmond to point blame at the umpires but that’s not helpful. The club looked internally, as VET also needs to do.

In the meantime, let’s reflect on the foundation TAFEs are laying for the sector. South Australia, NSW, Tasmania, Charles Darwin and CIT (with a decision on Queensland TAFE due soon) are licensed to operate for seven years. They are the provider to be trusted across the jurisdiction they serve. They have systems to deliver consistently in all their campuses. The message is the same for our stand-alone TAFEs which are at various points of registration.

TAFEs set benchmarks and create leverage as the public expects of them. This is just one of the many reasons why Australia needs public providers.

We are asking though why public providers, subject to the oversight of their government and accountable to voting citizens, cop a policy based on low trust compliance. Why is it that public providers with this system of quality control from their owner endure additional measures that are effectively designed to guard against the excesses of private VET activity? There may be a risk-based approach to compliance but checking and reporting requirements based on the lowest common denominator too quickly sap educational spark.

Compliance is not the way to meet the Prime Ministers’ desire for vocational outcomes to be regarded as highly as university outcomes. Freeing up TAFEs to get on with the job will. (Let’s try the training package model in higher education and see which way innovation goes.) TAFEs, with quality systems and committed staff, are the starting point to rebuild the sector. The public understands this. The only thing competitive neutrality means to them is governments shifting to them the responsibility for discerning dodgy providers when all they want is quality and relevant vocational education.

Speaking of seven years it’ll be 2026 before TAFE NSW is reviewed again for registration. Seven years ago we got virtual reality headsets so it’s hard to imagine the world we’ll be training for in 2026. That doesn’t really matter because systems are designed to flex with the times.

Sure, systems fail and they need to be reviewed and adjusted. One thing is for sure – a system with staff freed to look after the education outcome has a far greater chance of quality improvement than more specification and compliance.

TAFEs’ training transactions have been tested by fire and the systems have proven themselves. Surely the time is right to think about a new model of trust for TAFEs founded on their public ownership and community mission and to demonstrate the new benchmark of quality vocational education that others can follow.

Richmond won their premiership in 2017 following deep reflection on the disastrous previous season. It wasn’t based on recrimination, but trust in the people. Richmond wont be resting – they will be back at training in November preparing for a better 2020. TAFEs wont rest on quality either.

(I may be sad at a GWS loss but as they say, the game is the winner. Let’s hope VET can be the winner!)

Federal ministers Cash and Irons on Friday announced reforms to Australian Skills Quality Authority (ASQA). The ministers said ‘the reforms respond to key recommendations of the Braithwaite and Joyce Reviews, including supporting ASQA to expand its scope to adopt a more educative approach to lift quality in the delivery of vocational education and training (VET).”

Chief Commissioner, Mark Patterson, also took the opportunity to announce he would not extend his appointment and would pass on the baton to someone else to take ASQA in the new direction.

Importantly, ASQA has cleaned up the sector, something that Minister Cash acknowledged, saying “I would like to thank Mark for the leadership he has provided to ASQA since January 2017, including managing the removal of a large number of poor quality training providers that arose as a result of past practices and the VET FEE-HELP debacle.”

TAFEs have appreciated the collaboration with Mark and the other commissioners and wish Mark well in the future.

Saxon Rice, ASQA Commissioner will act in the role from next Monday. Her time will be busy as the government’s “reforms” have not been announced yet!

Charles Darwin University has won the prestigious Training Provider of the Year trophy for the third year in a row at the Northern Territory Training Awards in Darwin.

CDU and Menzies staff and students also won a host of individual awards, including the Austin Asche Apprentice of the Year and the VET Teacher/Trainer of the Year.

Vice-Chancellor Professor Simon Maddocks said the awards were a momentous occasion for the university, its staff and students.

“These are proud moments for CDU with wins in six categories. I congratulate all our winners and runners-up who have been recognised for their high standards of training, their dedication and their personal achievement,” he said.

Other awards for CDU were: 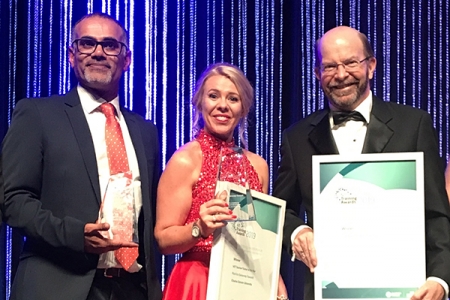 Sally Curtain, the Executive Director of Customer and Technology at VicRoads has been appointed as the new CEO of Bendigo Kangan Institute. 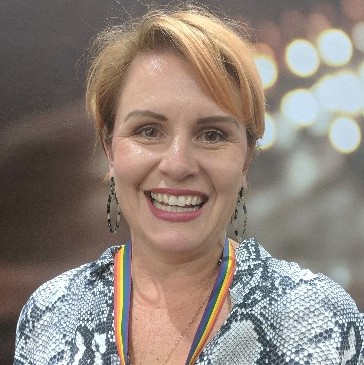 Chair, Peter Harmsworth said Sally was an accomplished public sector senior executive with significant experience across state and local government, having also undertaken executive roles with the Victorian Department of Justice and the City of Casey.

“The Board believes her extensive experience and expertise are important to continue to drive the change program put in place by the current CEO, Phill Murphy,” Mr Harmsworth said.

“On behalf of the Board, I would like to take the opportunity to thank Phill who has done an outstanding role as Chief Executive Officer while we undertook the search for a permanent appointment to the CEO role.”

Sally will commence on October 21.

TDA extends its congratulations to Sally on her appointment.