This year is full of big numbers for NCVER. The 500th edition of the NCVER news was released last week, but more momentous, NCVER turns 40 this year and the annual No Frills conference will be its 30th.

Achievements abound. In the first 20 years, apart from telling the Australian story about TAFE vocational education activity it introduced student and employer satisfaction as a measure of outcomes for the sector. The second 20 years is remembered for Total VET Activity, the first time complete formal VET activity of all providers has been reported.

The research reports are more than just a reflection on the sector. Probably the most cited, is that by Gillian Goozee tracing the history of TAFE in Australia, followed closely by, Competence and competency-based training: What the literature says, a masterpiece from Hugh Guthrie in 2009.

Depending on which side of the competency fence one sits, the other one most cited is from Tom Karmel, Peter Mlotkowski and  Tomi Awodeyi in 2008 Is VET vocational? The relevance of training to the occupations of vocational education and training graduates. Not known for pulling any punches, Tom starts by saying the match between what people study and the jobs they get is pretty poor except for the trades. It has drawn staunch defence of the training package model even in the last 12 months.

Most disappointing in recent years, according to researchers I know, is the withdrawal of the open research program which allowed for experienced VET researchers to bid for work and to continue the rich commentary about VET. From what I am told by the research community it is not of NCVER’s doing but senior officials of government have taken over choosing the topics which warrant inclusion.

At a time when the VET sector needs as much input as possible there should be an open research program, so all views are given. While officials may argue their intervention helps target the effort, inexorably the research will reflect their perspective. The key to research is being free enough to publish what is uncomfortable – this is unlikely if the topic is massaged from the very start! At least with the uncomfortable from the likes of Karmel, the sector can be challenged to evolve.

Where to for the next 20 years for NCVER? We just need to recall how Facebook puts up adverts on our feeds that uncannily resemble the last search we did on the web, or how Amazon suggests new books aligned to our reading preferences to get a picture of the future – linked data fed to us instantly in consumable fashion.

VET data may need to be controlled by privacy rules, managed by strict protocols and subject to lengthy verification and cleansing steps, controlled by rules and bureaucrats, but it will not suit the instant timelines students expect. We are in an analogue process that just can’t compete in a digital world.

For a sector, whether rightly or wrongly, selling itself as providing the convenient pathway to a job, delays while governments cleanse and assure student records doesn’t seem to cut it.

You may say that providers can already provide instantaneous transcripts. That is true. But in a policy world promoting micro-credentials as bit learning and choice of provider to fit whimsy, the students, I suspect, will expect governments to feed them results from their range of engagements in a fashion available in other aspects of their lives.

Where the federal government is planning a micro-credentials marketplace – the grand bazaar of post-school learning – surely, it’s not too much to expect the government to also facilitate for results of that learning to be available to students. The conceptual divide between higher education and VET results, each with their own analogue processes, is an irrelevant excuse in the eyes of students when all they want is the results of their learning which makes sense and is available together.

Pie in the sky you might say. The Commodore 64 brought computing power to the home in 1981 and in 2001 the i-pod brought access to thousands of songs in a portable device to individuals, and today we have instant data feeds. In 2041 I’d expect I’ll be transferring my thoughts to some device which would cleanse and replay them instantly for communication to any point and anyone in the world. Anything seems possible in the learning world.

We will need NCVER more than even in the next 20 years to guide this journey and to be free to tell us the uncomfortable.

Other wishful thinking is that someone from a TAFE will be on the board of NCVER, especially considering its heritage.

Could the federal government be planning to extend the successful Boosting Apprenticeships Commencements (BAC) scheme, which provides a 50 per cent wage subsidy for employers of new apprentices?

The $1.2 billion scheme was announced last October as a way of boosting new enrolments, with an end date of 30 September 2021, or once 100,000 places were filled.

The Minister for Employment, Skills, Small and Family Business, Senator Cash told the Senate in early February that 73,760 of the 100,000 available places had already been filled, less than five months into the program.

Since that time, it’s almost certain that the 100,000 places have been reached.

It’s not clear what the government will do at this point – whether it will stick to the 100,000 cap, set a new end date, or allow a further tranche of enrolments.

Some industry bodies are believed to be pressing for the program to be extended, given the rapid take-up.

Australian higher education institutions will be able to provide short courses to international students worldwide under an agreement between Austrade and ed tech provider, FutureLearn.

‘Study with Australia’ is a five-year program that will offer online short courses and microcredentials worldwide via the FutureLearn platform.

The Minister for Trade, Tourism and Investment Dan Tehan said Study with Australia would give Australian education providers another avenue to promote their innovative online products.

“During a pilot offering free online short courses at 20 Australian education institutions, ‘Study with Australia’ clocked up more than 836,000 enrolments across 52 courses in just three months,” he said.

FutureLearn Chief Content and Partnerships Officer Justin Cooke said: “Together with Austrade and our 20 world-leading Australian partners, we’ve enabled more than 450,000 people from almost every country around the globe to gain new vital skills through over 50 different courses in high-demand areas such as digital, technology, law and healthcare.”

Anyone interested in the program can contact FutureLearn’s Head of Market Development APAC, Mr John Molden at: john.molden@futurelearn.com

FutureLearn has also released its Future of Learning report on the world of education – what, and why people are learning, as well as the key shifts and challenges for the future.

From today, there will be changes to the training.gov.au (TGA) website that will see more up-to-date information published on regulatory decisions taken by the Australian Skills Quality Authority (ASQA) in relation to training providers.

Following recent amendments to the National Vocational Education and Training Regulator Regulations 2011, ASQA is required to publish regulatory decisions on the website at the time of a decision.

Other changes that come into effect from today will impact how RTOs report certain activities to ASQA. See story below.

SA secondary students get a rapid pathway to VET

Secondary school students in South Australia will benefit from a new flexible program that will give a head start on a VET pathway.

The Flexible Industry Pathways program will allow students to group any number of VET qualifications at Certificate I to III level that a specific industry considers will lead to in-demand jobs.

It has been developed in consultation with Industry Skills Councils for 26 key growth industries. It includes aged care and disability, aquaculture, civil construction, cyber, hospitality, ICT, manufacturing and engineering, and plumbing.

“This is the biggest overhaul of VET in schools in a generation,” he said.

Students will begin pursuing the Pathways in Year 10, when career education is carried out in schools. In most cases, students can commence a paid apprenticeship or traineeship whilst at school completing their SACE.

Year13 Expo is back for another year

If you’re looking for new ways to connect with future students in 2021 then the Year13 Expo may be just for you. 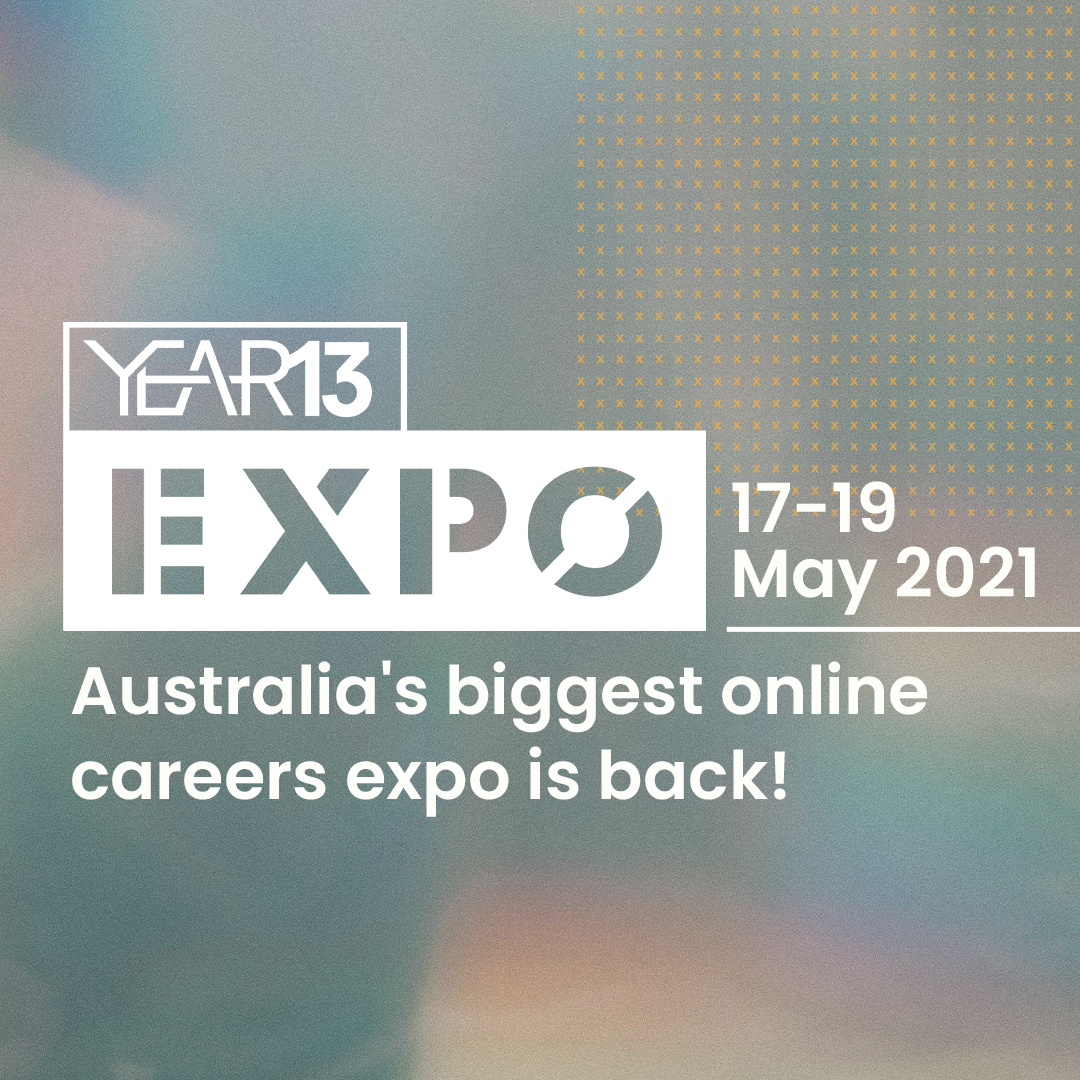 The Year13 Expo is an immersive online experience that allows educators to interact directly with school leavers, teachers and parents, all from the comfort of their own home. The Expo is a unique and highly engaging way to forge a direct connection with youth:

How may you get involved? Year13 have recently opened up these limited opportunities.

As a corporate affiliate with TDA, we encourage early expressions of interest to Year13 in what will be another resounding success during May this year. Follow the link to register your interest. Hurry, spots are limited.

A chance to have a voice on VET reform

The federal government has open a number of important consultations on national skills reform.

These are an opportunity to share views on some of the critical reforms aimed at strengthening the VET system. The full range of consultations can be viewed here. Those that have particular relevance to TAFE and other RTOs are listed below.

Survey for Businesses: Employers and businesses are invited to have your say on what you need from the VET system so it meets the skills needs of your business now and into the future. Closes: 12pm AEDT Monday 8 March 2021.

Supporting VET Workforce Quality Survey: This survey is for anyone who engages with the VET sector, including trainers, assessors and RTO managers, as well as peak bodies and employers. The survey is intended to help identify the strengths of the VET workforce, and areas for improvement and further support. Closes: 9am AEDT Monday 15 March 2021.

RTO Standards Survey: Active users of the Standards for RTOs 2015 such as RTOs, trainers and assessors, and VET experts are encouraged to complete this survey. It seeks feedback on the general effectiveness of the Standards as well as individual clauses and schedules. Closes: 9am AEDT Monday 15 March 2021.

RTO Quality Survey: This survey explores issues relating to the quality of RTOs. RTOs, employers, industry bodies and other VET stakeholders are encouraged to give feedback to help build a better understanding of what high-quality RTO practices look like and how governments can better support RTOS to deliver high-quality training. Closes: 9am AEDT Monday 15 March 2021.

Training Experience Survey: This survey seeks feedback on the experience of those who have undertaken training (or their parents/carers) in the VET system in the last five years. Closes: 9am AEDT Monday 15 March 2021.

The path to self-accreditation for higher education providers is the subject of a wide-ranging discussion in a new webinar from the Tertiary Education Quality and Standards Agency (TEQSA).

TEQSA Chief Commissioner, Professor Nick Saunders discusses with a panel the different approaches to achieving self-accreditation, benefits that can be realised and answer questions from attendees.

Several important new requirements for training organisations come into effect from today under changes to the National Vocational Education and Training Regulator Act 2011.

While many of the changes are minor, providers are now required to keep ASQA up-to-date about the physical address of any sites where VET courses are delivered on a permanent basis.