A time to reflect on Inclusion- Comment by CEO Craig Robertson

A time to reflect on Inclusion- Comment by CEO Craig Robertson

On Saturday we celebrated the results of inclusion, but I trust we also contemplated the impact of exclusion, and dispossession.

Around 16,000 residents swore allegiance to Australia and took new citizenship. It took over two centuries for the descendants of the 700,000 inhabitants of the land when it was claimed by Captain Cook to be recognised as citizens and their ownership of the land recognised.

We just need a surface understanding of our history to see what difference inclusion and exclusion make.

Australia’s economic miracle has been made off the back of migration. When we were counted in 2016, a total of 6.9 million, or 26.8 per cent of us were born overseas. While the infrastructure squeeze is uncomfortable, the housing demands and spending of migrants, and their taxes, have kept the country away from recession. Their approach to work and endeavour also bring a new dimension to how we go about being a productive nation.

If there’s a higher order for vocational education in Australia it’s how we go about delivering economic and social inclusion. It’s very easy for the policy narrative to roll off the tongue – a job is the best pathway. That may be the case, but for many recent arrivals, even with credible qualifications from another country, we often force them to start at the bottom. And for those presenting with understandable language and cultural barriers, the most welcoming thing we can do is to work harder as a sector to bring them into the mainstream.

The Commonwealth runs the Adult Migrant English Program which offers up to 510 hours of English language tuition. Some analysts claim it is not enough to reach the required level to achieve effective employment outcomes or transition to further training or education[1] so extension schemes have been put in place. Some are expected to move into the Skills for Employment and Education (SEE) program.

The heavy lifting then transfers to mainstream VET. Training Packages prescribe the literacy and numeracy expected to be demonstrated in assessment. At best this is functional literacy, something that is barely adequate for the job.

It’s the height of double standard then to enjoy strong economic performance off the back of migrants, then short-change them in the very areas that will help them thrive. It’s faux inclusion.

The story of exclusion and dispossession is harder to tell, much harder. Not only does the Closing the Gap report pay cursory attention to VET, Aboriginal and Torres Strait Islander policy is bound up in the Department of Prime Minister and Cabinet and my attempts to engage with them on this important policy area have been rebutted. I’ll try again and report back. Inclusion in the economic and social mainstream must be central to overcoming centuries of disadvantage.

In the meantime, the following stories from the Box Hill Institute (which incorporates the Centre for Adult Education) demonstrate the power of English language training as a pathway to economic and social inclusion.

Ms B
… is a young Colombian woman who came to Australia on a family bridging visa in February 2018. While she had been a high school student in Colombia Ms B felt uncomfortable in her Certificate II in EAL (ACCESS) because her classmates were much older. Ms B took up the counsellor’s suggestion to move to the city-based youth program, which began in the second semester of 2018. Ms B was happier, more confident and made some very close friends. In November she joined a taster program between AMEP and the Centre for Health and Community Services at Box Hill. A classmate and her enjoyed the program so much they have both enrolled in the Certificate III in Allied Health Assistance which commences next month.

Mr N
… is a young Burmese man who began his AMEP studies at the Elgar Campus in September 2017 and completed in June 2018. While he enjoyed the Certificate II in Spoken and Written English he really wanted a job so he could make money. At the urging of his teacher he attended the information session at Box Hill Elgar Campus and with the guidance of staff from the Refrigeration department he is now studying in Certificate II in Electro Technology Studies (Refrigeration Pre- Apprenticeship).

Ms J
… is a young Korean woman who studied Certificate III in Spoken and Written English in the second half of 2017. On her orientation tour of the Campus (Elgar) she walked passed a patisserie class in‑session and decided on the spot that was the industry for her. Ms J enrolled in the Certificate III in Patisserie in Semester 1, 2018 and is enjoying herself immensely. AMEP teachers enjoy the treats she bakes for them.

Mr A
… is a young Burmese man who began his AMEP studies in August 2017 at the Lilydale campus and finished at the end of that year. He returned in February 2018 as a SEE student. In that time he has learned more about the skills and qualifications to get a job in Australia. Knowing that he wanted to work with his hands his SEE teacher helped him enrol in a Certificate II in Automotive Servicing Technology. Mr A plans one day have his own garage. Mr A is the ‘face of AMEP’ at the Lilydale campus.

An incoming federal Labor government has been urged to undertake a full Commonwealth takeover of TAFE and vocational education as part of an overhaul of the tertiary education system. 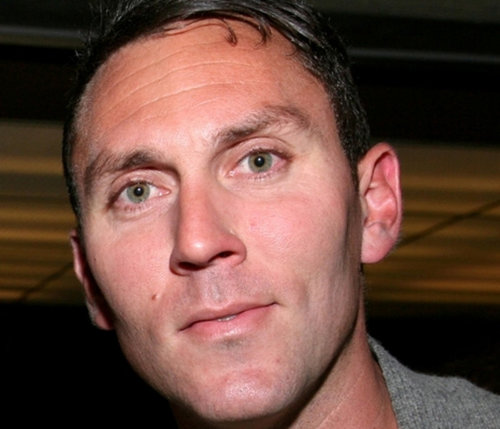 Executive Director Dr Nick Dyrenfurth (pictured) writing in the Sydney Morning Herald says that a Shorten Labor government should accept responsibility for TAFE and VET as part of a nation-building education agenda.

The Labor-aligned think tank, the John Curtin Research Centre, has argued for a re-think of tertiary education that sees TAFE placed on an equal, if not higher, footing to university in career pathways.

“If, as predicted, most jobs of the future don’t currently exist, these sectors will be at the frontline of equipping new generations with the skills and training, and re-training, to fill the looming jobs void.

“A commonwealth takeover is necessary for several reasons: First, we need a uniform national system of accredited courses with clearly enunciated goals and outcomes paired with a drastic increase to the volume and quality of vocational education and better regulation of entry into the labour market.

“Second, the distinction between university and vocational education is redundant and will be redundant to any innovative, job-creating economy of the 21st century,” Dr Dyrenfurth said.

Labor has promised a comprehensive review of post secondary education if it is elected to government. 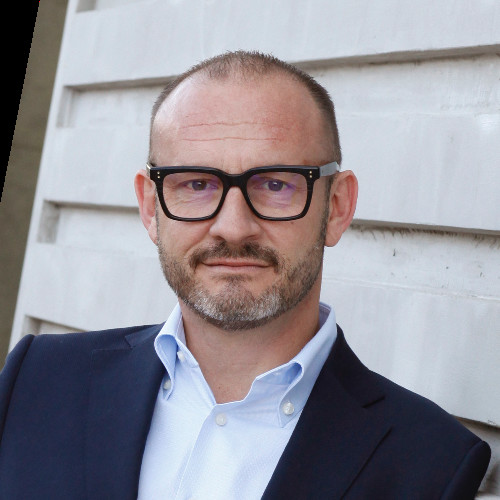 Mr Coltman is currently the Deputy Vice-Chancellor for Pathways and Vocational Education at Swinburne University of Technology and was previously Executive Director, Services at Holmesglen.

“Mr Coltman brings a wealth of experience from the vocational education and training sector and has an extensive history in the management and delivery of programs that increase participation in higher education,” she said.

“With the implementation of the state government’s ‘Fresh Start for TAFE SA’, it is an exciting time for David to join the organisation as we focus on the delivery of innovative, flexible and accessible training to meet the needs of students and industry.”

TDA extends its congratulations to David on his appointment.

The West Australian government has been urged to consider providing employer subsidies and reducing TAFE fees for key trades in order to lift the declining number of apprentices and trainees.

A report by the State Training Board says the recent increase in TAFE training fees in the state was “unwelcome and has contributed to a decline in apprenticeships and traineeships in Western Australia.”

“Employers have welcomed the McGowan government’s decision to freeze TAFE fees but suggest that a reduction to fees is needed to encourage the take up of apprentices and trainees,” the report said.

The report also calls on TAFE to introduce key metrics to assess that they are meeting the training needs of industry.

It calls for the TAFE Jobs and Skills Centres being set up across the state to provide a one-stop shop and “impartial” advice on training opportunities with both TAFE and private RTOs.

The report identifies a series of barriers to apprenticeship growth including the complexity of the system, cost pressures, lack of promotion, and integration across key apprenticeship providers.

In its response, the government does not appear to have picked up on the issues of employer subsidies or TAFE fees.

Former senior Canberra public servant, Helen Williams AO was made a Companion in the Order of Australia (AC). Helen was Secretary of the Department of Education from 1985 to 1987, and the first woman to be appointed head of a federal government department.

The Chair of the NSW Skills Board, Philip Clark AM was awarded an Officer in the Order of Australia (AO).

TDA extends its congratulations to Helen and Philip.

TAFE Queensland has joined TAFE SA as the only training providers endorsed, to date, by the Naval Shipbuilding College (NSC).

It means that some 80 Queensland students will complete the Certificate III in Engineering-Fabrication Trade (welding component) in 2019 and be acknowledged by shipbuilding and supply chain industries across the country.

Headquartered in Osborne, South Australia, the NSC commenced operations last April and will include all states and territories in a workforce plan to build and maintain naval submarines, frigates and patrol boats.

TAFE Queensland chief executive Mary Campbell said the endorsement was proof of TAFE Queensland’s ability to deliver some of the very best of Australia’s industrial training.

The NSC has worked with TAFE SA and industry partners to develop the first industry-endorsed welding course and a training kit to provide expertise in welding within a confined space – an essential skill within the shipbuilding industry.

The VET regulator, the Australian Skills Quality Authority (ASQA) has cancelled a swag of private college registrations over recent weeks and also assisted police in the arrest of three former college staff.

Almost a dozen colleges have had their accreditation wiped in the latest rout. It involves:

The West Australian government has opened applications for its $2 million Regional Traineeship Program designed to support trainees in regional areas.

Grants of up to $30,000 are available to assist CRCs operating through the Western Australian Community Resource Centre Network to provide training, skills and employment opportunities.

In addition, 22 smaller LGAs across regional Western Australia which do not have a CRC within their local government boundary are able to apply for funding to support vocational education training for their local communities.

The state opposition has slammed the plan, saying it will force CRCs to ‘fight’ for training funds that were previously secure, and that it represents a cut to the CRC training pool.

Get your abstracts in to present at ‘No Frills’

There’s only a couple of weeks left to submit abstract to present at the 28th National VET Research Conference ‘No Frills’, which NCVER is co-hosting with TAFE SA in Adelaide on 10-12 July 2019.

They invite both early career and established researchers (including those new to VET), as well as employers, industry, providers and practitioners to present on research in progress, as well as completed work.

NCVER is also offering a range of scholarships to presenters to assist with the costs of attending the conference.