Tomorrow marks five weeks to the federal Budget. In between we expect Steven Joyce to release his report on the review of VET in Australia.

His first term of reference is to consider how funding, policy and regulatory settings can be optimised to support both school leavers and workers to maximise achievement. ‘Optimise’ reminds me of the time I wanted to bring to life my first car, a 1970 Hillman Hunter, with a fuel additive! It died!

Looking at VET funding is really a story of a love match of Romeo and Juliet proportions.

In mid-2012 then Prime Minister Gillard and first ministers agreed to a national partnership for VET reform – an agreement which brought to fruition entitlement and choice to lift participation in VET and the human capital base of the working-age population.

States guaranteed a training place, at least at Certificate III level, for their post-school residents who had not reached that level. Central was the opening-up of funding and places to a wider group of providers beyond the TAFEs and user-choice providers for apprentices and trainees. In return, the Commonwealth expanded VET FEE-HELP as a deferred repayment loan for students of diploma and advanced diploma courses. This opened the door for most states to redirect their subsidy funds previously committed to diplomas and advanced diplomas to cover the expansion in certificate level courses. The love match was made.

We all know the open door allowed in a class of providers which aggressively marketed to students but failed in due diligence to them. We all accept the scheme needed to close but VET Student Loans effectively tore up the nuptials. We estimate the core demand for student loans, even accounting for the closed providers, is about $1bn per annum. The Government’s own Budget allows for just over $1bn, but in 2018 only $289m was borrowed. I’ve commented previously that VSL is manifestly inadequate when the limit on loans is around $5000, $10,000 or $15,000 per course. The Government is effectively asking providers to ‘optimise’ delivery, ie deliver more with less. The sector has been doing this for the last 20 years. Quality is the first sacrifice followed closely by students’ interests. Yet we don’t seem to learn.

The states were also marooned. They had restructured their supply channels and their finances, including increasing student fees for certificate courses, some by large amounts. Constrained VSL at diploma and advanced diploma and high fees for Certificate courses. It’s little wonder students seem to be voting with their feet, either to university or straight into the workforce.

What’s then the optimisation? Bring the love back to Commonwealth and State relations! Sort out in a meaningful way the financial responsibilities and the funding relationships.

Of love, Shakespeare says – These sudden joys have sudden endings. They burn up in victory like fire and gunpowder – and advises moderation. This rings true if we reflect on the last few years. It took the death of Romeo and Juliet to end the feud between the Capulet and Montague clans. Let’s hope Steven Joyce can bring unity in purpose and clarity in funding between the Commonwealth and state clans. This is before discussions on the quantum can start, but more on that next week.

TAFE Directors Australia (TDA) and the Group of Eight (Go8) universities have joined in a coalition to argue for a seamless post-secondary education system that embraces the best of both TAFE and the university sector.

In a joint op-ed in Fairfax newspapers, TDA chief executive Craig Robertson and Go8 chief executive Vicki Thomson called for a reframing of the policy debate around tertiary education.

“We are not competitors. We are different in what we deliver, and TAFE supplies an essential component of post-secondary education that is critical to the economy and it has been damaged by education policy. That must be redressed,” the op-ed said.

The joint initiative came ahead of last Friday’s special forum of education and training ministers and stakeholders to consider changes to the 2008 Melbourne Declaration on Educational Goals for Young Australians. (See story below).

Both the Go8 and TDA attended the forum, asking that post-secondary education be included in the Melbourne Declaration.

The two peak bodies acknowledged that the demand-driven system of university entry had unintended consequences and created distortions in post-secondary education.

“Not least, it created a vast chasm in the community psyche between universities and TAFE,” they said.

“All too soon we were confronted with too much anecdotal information to ignore that schools and parents were, subtly or otherwise, pressuring school leavers into university, with any other study choice seen as second best. But TAFE never was second best.”

Both sectors need to operate side by side within a demand-driven system to continue to lift the opportunities for success for more Australians.

See ‘Let there be no divide and conquer’: TAFE and top universities unite’ in the SMH & The Age.

Labor says after 40 years, it's time for a proper TAFE review

Deputy Opposition Leader Tanya Plibersek has given new detail about Labor’s plans for a more streamlined tertiary education system, describing the treatment of TAFE over recent years as “just shocking”.

Speaking at the National Press Club, Ms Plibersek said that cuts to TAFE, together with the policy priority placed on university, had put the VET system under pressure and justified Labor’s plan for a comprehensive revamp.

“We need to make sure we don’t have one strong system and one poor cousin. We need two strong, excellent, world class systems – university and TAFE,” she said.

“What we’d like to see is actually more cooperation and movement between those systems as well.

“At the moment we see a degree of cannibalisation of universities going after each other’s student bases and even going after TAFE students to try and pinch some of the courses TAFE has traditionally offered.”

Ms Plibersek said that while it was ten years since the Bradley review of tertiary education, it was 40 years since there had been a thorough examination of VET.

“I think it’s time to do that again and to do that with the objective of having  two systems that work together to meet workforce training needs – the research, the discovery and the upgrading of skills around our working age population,” she said.

Australia’s landmark goals for education are to be reviewed to reflect key changes in the economy and society including the nature of work and a renewed emphasis on vocational education and training.

Friday’s special forum of ministers and stakeholders to review the 2008 Melbourne Declaration on Educational Goals for Young Australians agreed that major economic, social and technological changes warranted a review.

Improvements to the document will cover the importance of early learning; the changing nature of education, the economy and work; an increasing need for lifelong learning; renewed emphasis on VET; a renewed focus on equity; and the importance of smooth and carefully planned transitions. 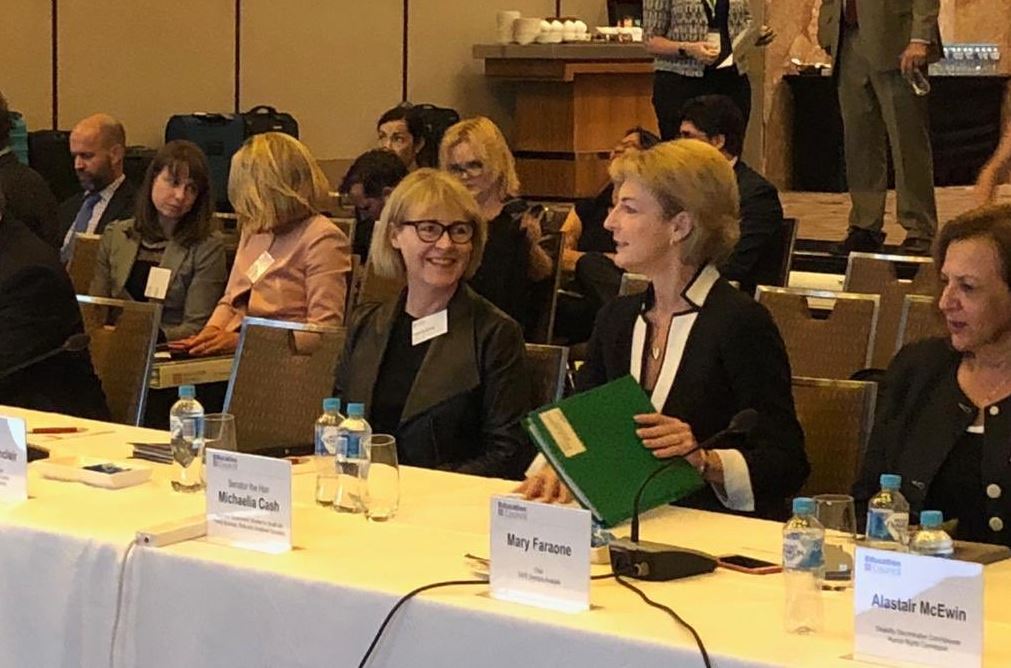 The Minister for Skills and Vocational Education Michaelia Cash said updating the goals for education was an opportunity to shape an education system that reflected a modern Australia and prepared our children for the future economy.

She said the government was committed to ensuring “that a vocational education is seen as equal to a university education in terms of meeting the needs of our future workforce.”

A public consultation will begin shortly. 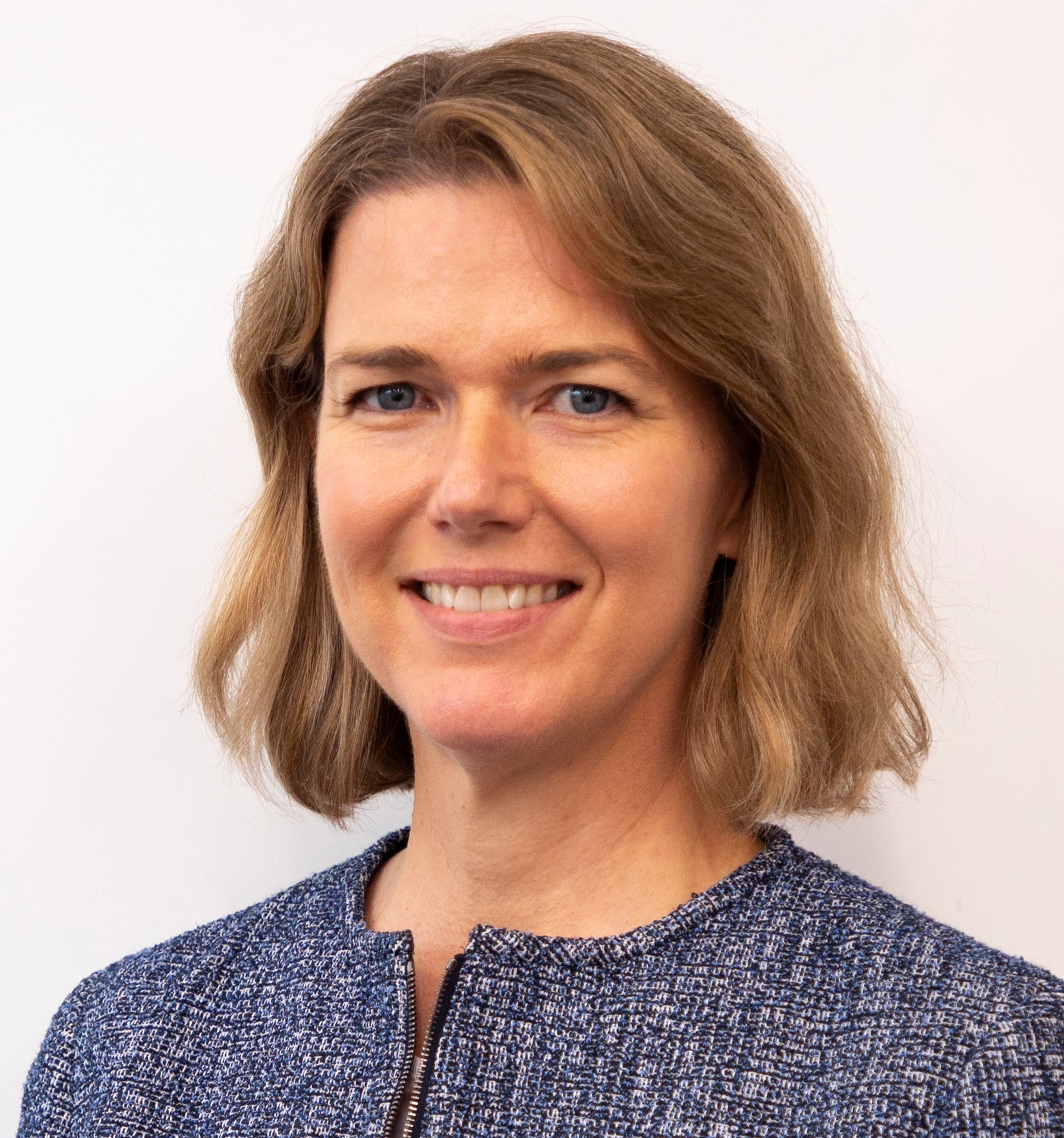 Director of TAFE NSW, after acting in the role since late last year.

Previously, Caralee was Deputy Secretary for the Fiscal and Economic Group in NSW Treasury responsible for coordinating the state Budget and state accounts, and advising on financial and economic policy.

While at Treasury Caralee participated in reforms including National Health Reforms and the NDIS, and led the development of the NSW social impact investment policy in partnership with agencies. Prior to joining Treasury Caralee worked for eight years at the World Bank and also held positions with the International Red Cross and Boston Consulting Group.

She holds a Bachelor of Economics with First Class Honours from the ANU and a PhD in Finance from the University of Melbourne.

TDA extends its best wishes to Caralee on her appointment.

The federal opposition has called on the government to guarantee that apprentices who have been hired by employers in anticipation of receiving a wage subsidy won’t lose their jobs if their employer’s application fails.

At last week’s Senate Estimates hearing in Canberra, the Department of Education and Training’s Linda White said that successful applicants under the $60m apprentice ‘bush’ wage subsidy pilot program had been decided and would be notified over coming weeks.

The program will provide an average of $37,000 over three years to eligible employers in rural and regional areas who take on an apprentice for the first time.

The program commenced from January this year, and many applicants for the wage subsidy have already taken on apprentices, hoping to succeed in their applications.

The Shadow Minister for Skills, TAFE and Apprenticeships Senator Doug Cameron said the government must explain what happens to those apprentices whose new employers fail to secure a subsidy.

“The government needs to guarantee that apprentices employed at businesses that don’t get approved won’t end up losing their jobs,” he said.

A total of 1630 apprenticeship positions are expected to be funded under the trial.

Organisers of the 22nd Annual Conference of the Australasian Vocational Education and Training Research Association (AVETRA) are calling for abstracts for the event being held 17-18 June at Parramatta.

The conference theme is ‘No future for old VET’: Researching for the training system/s of tomorrow’.

Abstracts on other VET topics will also be considered. Abstracts are required to be 200-300 words in length

ASQA asking for feedback on how it's doing

The Australian Skills Quality Authority (ASQA) is asking for feedback and suggestions about how it does its job in regulating the VET sector.

The agency is currently engaged in consultation on regulation of VET and English language training to find out about the challenges and how ASQA might improve.

It follows the recommendations in the 2017 report into VET regulation by Professor Valerie Braithwaite.

ASQA is inviting participation in an online survey.  Consultation closes on Wednesday 6 March.