Talk of loss of faith in democracy, weakening of Australia’s traditions and waning community seems common these days. Thought of vocational education playing a role in any rebuild is rare but shouldn’t be.

The Senate Legal and Constitutional Affairs References Committee is in the throes of its Inquiry into nationhood, national identity and democracy. I thank Dr Don Perlgut, CEO of Community Colleges Australia for drawing my attention to the inquiry through his excellent submission. 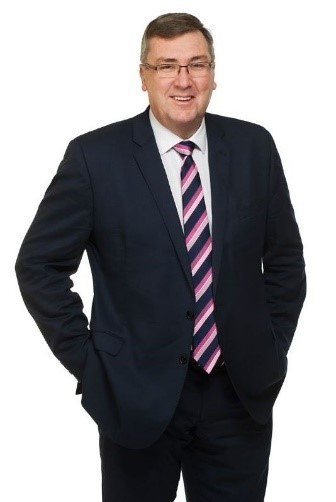 In an unusual turn for the political class the committee in its discussion paper said: “There is a wealth of evidence showing a worrying decline in the level of public trust. In 2007, 86 per cent of Australians were satisfied with how democracy works in Australia. That figure is now 41 per cent. Just 31 per cent of Australians say they trust the federal government, and the approval rating for politicians is at 21 per cent.[1] Evidence also suggests that those with the lowest incomes are least satisfied with democracy.”[2]

Don’s paper points to the role his members play in reaching out and taking vocational (and non-formal) education to those who, for whatever reason, are excluded from educational opportunity, and that is incredibly important. The other consideration is how VET is structured to meet this need.

Our neo-liberal tradition has ended up with a VET system focused on training for jobs. The public good is limited to landing a job. Any preparation for citizenship has been washed out. I want to extend Don’s proposition and call for a more general focus in vocational education.

In conservative economic terms there are good reasons because of the negative externalities from the current approach to VET. Firstly, a graduate expected only to acquire skills for a job is hardly exposed, even in introductory terms, to approaches and systems which make the world what it is. Economic and political systems impact their jobs and livelihood so the way they prepare themselves to navigate the world is important.

Secondly, a graduate whose training limits their preparation to Australian jobs in the Australian context (the training package approach) can hardly be expected to understand why global forces take his or her job, nor how they could have prepared differently to respond to unrelenting global forces.

Thirdly, with no extant policy that requires certified VET to impart ‘learning to learn’ it’s hardly surprising that graduates are poorly equipped to engage knowledgably in the political discourse as a voter. The discussion paper concludes ‘Democracy might be more likely to succeed where voters feel part of a shared civic community’.

The paper also says, ‘as developed economies move away from traditional industry, some workers may feel a loss of identity or that they are being left behind.’ I’m sure this resonates with those involved in the sector.

None of this works to any good if access is denied. Don’s submission refers to research in America that found that increases in education were strongly correlated to the proximity of (US) junior and community colleges and had a large effect on subsequent participation in voting. In Australia we do not have the community college model as founded in North America – the great exercise in bringing education to the masses. The thing that strikes me from my visits to these colleges is the breadth of their offerings. While many are 2+2 colleges – leading to bachelor level delivery – the more interesting is their extensive liberal arts offerings. I’m often amused when staff talk of diplomas in sociology, general arts and the like. I can’t even imagine how VET in Australia could get to that point.

Where does this lead us? I’m not advocating for compulsory civics education, but I am saying we need to open-up the horizon for the sector’s role in society beyond preparing people to complete tasks within a job. Reimagining vocational qualifications (see below) is a start but we have further to go.

I’ll leave the last word to the conclusion from the Group of Eight in their submission to the same inquiry: National identity should not come at the expense of pluralism, tolerance and respect, indeed, these are core features of our national identity. Universities are a key institution in democratic societies and provide space for the free exchange of ideas including on national identity and citizenship.

No qualms about the role of higher education but if it’s solely their domain how are those who do not pass through their hallowed grounds prepared for citizenship?

A genuine commitment of our governments to pluralism would have vocational education with the express purpose of preparing citizens as well as skilled individuals. Genuine vocational education prepares individuals to engage productively in civil society and gives them the knowledge, skills and confidence to participate in the mainstream economy rather than being its victim when it turns against them.

The NSW government has commissioned a five-month review into the state’s TAFE system with a view to introducing more industry involvement, and a university-style student loan scheme.

“We want students to think of TAFE the same way they think of university, as a leading institution for furthering their education and gaining the skills of the future,” Ms Berejiklian said.

She said the review will consider initiatives like a HECS-style program for TAFE students, greater industry involvement in co-designing courses and making sure courses are as up-to-date as possible.

Ms Berejiklian assured parliament that the government’s multi-billion investment in TAFE will continue.

“If the question is whether we are open to industry making a contribution on top of that, the answer is yes,” she said.

“If the question is whether we are selling off TAFE, the answer is an absolute no.”

The review will also examine better integration of secondary, vocational and tertiary education, and linkages with major projects such as the Meadowbank Education and Employment Precinct and the Western Sydney Aerotropolis.

Opposition leader Jodi Mckay said the government has “left the door wide open to a private sector takeover of TAFE”.

The review will report to the government by July.

The revamped Australian Qualifications Framework (AQF) provides a unique opportunity to take a fresh look at the structure and purpose of VET qualifications, according to a new report from Ai Group.

The report, Reimagining Vocational Qualifications, says while it’s not a case of “out with the old, in with the new”, it’s time to move to a more sophisticated, nuanced model that’s in the best interests of the individual, industry and the broader economy.

It argues that Australia’s training packages have become complex, prescriptive documents that define tasks in a narrow context, ill-suited to the needs of a modern economy.

“Qualifications will need to be designed differently, chunked differently and be accessible across contexts in many more varied and timely ways,” it says.

In keeping with the recent overhaul of the AQF recommended by the Noonan review, the report says qualifications must shift from a rigid and hierarchical model to one that’s more holistic and prioritises knowledge and skills.

“Individuals will access qualifications over their working life to meet the demands for critical reskilling and upskilling,” it says.

“It also potentially provides the rare opportunity to create parity of esteem amongst vocational and higher education qualifications. In fact, a bold interpretation would enable us to embrace vocationally oriented qualifications throughout the AQF.”

In the area of apprenticeships, it raises the possibility of “decoupling” the traditional link between employment-based qualifications and the certificate III trade benchmark.

Australia’s black summer of bushfires has attracted global attention including among the international TVET community where there has been widespread concern and messages of support.

Writing in the latest World Federation of Colleges and Polytechnics (WFCP) monthly bulletin, Dispatch, WFCP Chair and TAFE Directors Australia CEO Craig Robertson has shared details of the unimaginable scale of the fires in south-east Australia – over 110,000 square kilometres burned – the equivalent of Denmark, Switzerland and Belgium, 33 lives lost, 2,700 homes razed and more than a billion wildlife killed.

“This summer has woken many Australians from a climate-change denial slumber. A sense that the next generation will clean up the problem is now worn as a guilty stain,” he told readers.

“The Prime Minister, Scott Morrison, has identified technology as the mitigation strategy. Many would suggest reducing carbon emissions must be the first step. In any event, adjustment is required.

“When Australia opened itself to global trade many years ago, it recognised many industries would close and jobs lost. Technical and vocational education was seen as mitigation – to help citizens acquire new-world skills to transition to new work.

“TVET must rise to the fore again, to lead the technology diffusion that mitigation will demand.”

The VET sector’s new Skills Organisations will have strict rules around their operations to ensure they don’t become training providers or use government funding to give companies a commercial benefit.

The Pilot Skills Organisation draft principles released by the Department of Education, Skills and Employment make it clear that the SOs must operate “collaboratively with current and future VET stakeholders with responsibility for elements of the national training system, and will not undertake activities in isolation.”

It says that SOs “will not operate as a Registered Training Organisation, an industry grants program or to commercially benefit an exclusive group of organisations”.

Further, they “will not use Commonwealth funding for activities to directly resolve staff shortages or recruitment issues for individual organisations.”

The federal government adopted the Joyce review recommendation for SOs to take an industry leadership role in VET and is piloting SOs in three areas – human services care, digital technologies, and mining.

CSIRO is looking for existing partnerships between Australian and Vietnamese institutions working together to address challenges and create opportunities that will deliver ecosystem-level impact.

Aus4Innovation aims to fund technologies or activities with:
• an existing proof of concept,
• an articulated market segment or path to impact, and
• an existing relationship between an Australian and a Vietnamese entity.
Round 2 applications are now open for the flagship #Aus4Innovation Program with up to $1 million worth of grants being awarded. The deadline for applications is March 17.

Applications have opened for the latest round of funding under the Skilling Queenslanders for Work program.

The scheme provides $420 million over six years to support up to 54,000 Queenslanders into work.

“Skilling Queenslanders for Work provides hands on support and training for participants to gain work ready skills and a qualification, with more than 70% going on to get a job or further training once they graduate,” the Minister for Training and Skills Development Shannon Fentiman said.

Registered training organisations are able to partner with funded community-based organisations to deliver the training and assessment elements of the skilling program.

“The first funding round for 2020 is now open and I would encourage community organisations to apply,” Ms Fentiman said.

The UK government has ordered a crackdown on the country’s apprenticeship levy scheme which has seen public funds used by employers to create  “apprenticeships” in high level executive ranks and even a Master of Business Administration (MBA).

Education Secretary Gavin Williamson took the step amid concerns about a wave of so-called apprentice training undertaken by employers, paid from their contribution to the apprenticeship levy.

The UK apprenticeship levy effectively operates as a 0.5 per cent tax on the payroll of UK employers with annual wages over £3m.

The thinktank EDSK released a review of the apprenticeship levy in January which found that employers have been diverting apprenticeship money to areas of low skills, management and professional development, and bachelor and masters level programs.

“Between them, three categories of ‘fake apprenticeships’ have been allocated over £1.2 billion of levy funding since April 2017 and account for 50 per cent of all the ‘apprenticeships’ started over this period,” the report said.

“The levy has contributed to a significant drop in the number of people starting an apprenticeship in England,” it said