ASQA released a very important report this past week, but it seems other matters were occupying the mind of Ministers.

The strategic review of international education in VET[1] and its recommendations may appear unremarkable but data from the report itself and elsewhere suggests it is critical and must be handled urgently. We are still waiting for ministers to respond to ASQA’s recommendations to abate unduly short courses following consultations in early 2018, so my hope could be misplaced.

When we think of international education we are drawn to headline figures – Australia’s third largest export and over $34bn in revenue.

But it’s also full of hyperbole, sophistry and danger.

As new minister, Dan Tehan in October last year in his first speech on international education claimed mutual trade benefit with the countries from which our international students flowed, only to then spend the rest of the speech crowing the benefits to Australia.

Treasurer Frydenberg’s promises of surpluses built off the back of robust economic activity rely largely on continued growth in international students and other temporary entrants. While capping permanent migration to argue congestion busting, targets for international students were increased. Apparently they mustn’t congest.

In figures released coincidentally this past week, the ongoing growth in international enrolments is spectacular, including for VET.

At a time when the VET sector is chasing stability and balance across most aspects of its operation – the figures appear encouraging but hide some imbalances. Balance and harmony – a recognition of the Yin and Yang of things – are hard to find when it comes to international VET.

For VET student growth, the Yin of international student enrolments growing at around 15 per cent per annum over the past three years far from balances with the Yang of domestic enrolments, which continue to decline.

For Yin, over 70 per cent of students prefer business and general training, when Yang expects enrolments across the broad portfolio of VET courses. Yin also struggles to have students meet their minimum 20-hour per week attendance requirements.

When it comes to its older cousin, the tables are turned. The publicly inclined Yang has the far greater proportion of enrolments, unhealthily so. Oddly enough, most are in general studies similar to the Yin of its younger cousin.

For the little cousin, over two-thirds of enrolments are sourced from temporary entrants already in in Australia. For the older cousin most international students come to Australia intent on studying. Is the Yin of the younger cousin simply a convenient way to stay and work in Australia?

Confusing?  Maybe. One thing that is clear though is the Yin and Yang are out of kilter.

For the younger cousin, it’s eerily similar to the situation in 2009. For those new to international education this was the time that favourable residency conditions created a boom in private colleges offering commercial cookery and hairdresser training, only to come tumbling down when student exploitation was exposed coinciding with the tragic death of several students.

International education should be more than a quick source of cash. It’s a path for diplomatic relations and economic collaboration. I must say, though, that every time we at TDA are consulted from the Council for International Education the conversation ultimately, and too quick for comfort, turns to benefit for Australia.

The task for TAFEs and TDA is to demonstrate the benefits of international education for students, institutions, the countries to which they will return, fuelled by deep friendships stretching across the globe. TDA operates a network of TAFE leaders engaged in these matters and seeks to demonstrate the power of TAFEs working together. This theme is being explored in the TDA convention in September in Brisbane, not only on International Education but other important matters for TAFE, such as teaching and learning, regulation and quality and higher education.

ASQA, in a measured way, is suggesting action now to avoid 2009 which entrenched views in other countries that we are often no better than education mercenaries. Other commentary pointing to dissatisfaction with the actions of ASQA in upholding the integrity of the sector shouldn’t distract from responding to this report, otherwise the whole sector sinks one step lower in its global standing.

Dan Tehan and Michaelia Cash may be the power team of tertiary education here in Australia but when it comes to the administrative orders the buck stops with Tehan on International education. Tehan carries ultimate accountability but Cash is responsible for oversight of ASQA and the carriage of the recommendations ASQA is proposing. That will test their Yin and Yang.

Australia’s new skills minister has committed to sweeping reforms to the VET system in the wake of the Joyce review, with a strong focus on industry engagement.

In his first major address since taking the portfolio, the Assistant Minister for Vocational Education, Training and Apprenticeships, Steve Irons (pictured) has highlighted the central place of VET reform in the government’s policy agenda.

“This government is really keen to make sure we get this right.

“We’re not going to rush to failure – we’re going to make sure the community and industry gets involved as we make the changes,” he told the National Apprentice Employment Network conference in Queensland on Friday.

The former electrical apprentice revealed the role of his “good mate” and former Canberra housemate, Prime Minister Scott Morrison in pushing for a fresh look at the sector.

“He’s really focused on the education of apprentices.

“He picked me because he said ‘You’ve been there, you’ve done it, you know how to do it and you’ve run a small business’.”

“He’s focussed and he wants me to get the job done and to make sure we do it with an industry focus,” he said.

“Personally, I’ve looked at it over the last 30 years and I think the sector’s been captured a bit by trainers, educators and academics, and I think that, going forward, changes need to be made with industry-based support.”

He said that the implementation of the Joyce review recommendations would be based around industry engagement.

As an example, he cited Holmesglen’s Heating, Ventilation and Air Conditioning (HVAC) Centre of Excellence, established in partnership with the Air Conditioning and Mechanical Contractors’ Association (AMCA).

“They’ve put in equipment which is current, not 30 years old, and they’re putting in training programs which are actually happening in buildings today, not 30 years ago.”

He said that during his time in parliament, he’d seen many governments “over-reach” with reforms not supported by industry that needed to be wound back.

He urged steps to get into schools earlier – around Years 8 and 9 – to build greater awareness of vocational choices.

“I think the department, after the meeting we had during the week, have got that message and I think they’re doing a great job and trying to create some packages that will get into schools,” he said.

The chair of a federal parliamentary committee has launched an extraordinary attack on the Australian Skills Quality Authority (ASQA), claiming its audit activity is being misused to damage and, ultimately, wipe out some private training colleges.

“It appears to me ASQA is increasingly using the AAT as a vehicle for extinguishing RTOs simply by legal cost, reputational damage and delay,” he said.

He cited several cases where the evidence he had to hand appeared to be over-reach by ASQA.  TAFEs, he said, had the opportunity to “shuffle things between units, close a module down and shift students across to something else”.

Craig Robertson, CEO of TDA said that the claims by Mr Laming should have the opportunity to be verified and recommended dialogue with ASQA.

The federal government has commenced the search for its new National Skills Commissioner who will lead the mega agency that will oversee the country’s VET sector.

Advertising has started for the “Interim Commissioner” who will oversee consultations, design and the initial work ahead of deciding the role and functions of the National Skills Commission (NSC), which will need to be legislated.

The government committed $48 million in the last Budget to creating the new national body, as recommended by the Joyce Review of VET.

The contender will require “senior level experience in government or the private sector, together with an impressive record of success in organisational leadership and innovation.”

The initial engagement is for approximately one year, with a “substantial remuneration package” and flexible location.

The author of the federal government’s VET reform blueprint, Stephen Joyce, says “confusing signals” coming from the sector were contributing to the lack of confidence on the part of employers and governments. 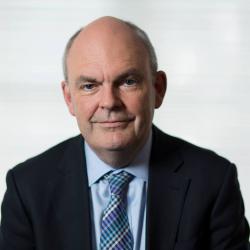 “We’re also seeing declines in government funding, both at the state and Commonwealth level, particularly at the state level.

“And with the school leaving age being lifted, more students are staying at school, so not surprisingly, TAFEs and other providers are finding less enrolments because they are being squeezed at both ends.”

The lack of confidence was apparent among employers, RTOs and “funders”, he said.

“If governments were confident in the outcome of the VET sector generally they’d be investing more in it, but they’re not.”

ASQA is currently running its annual provider survey which allows RTOs, CRICOS providers and course owners to have their say about how the national regulator performs its functions.

This year, the survey also provides the opportunity to give feedback on the audit experience.

The chair of a landmark review into the operations of TAFE Queensland, Michael Roche, died suddenly last week.

Mr Roche, 64, was the former CEO of the Queensland Resources Council.

He chaired the 2012 Queensland Skills and Training Taskforce which recommended extensive restructuring of campuses and a more commercial focus by TAFE Queensland.

Queensland Premier Annastacia Palaszczuk said Mr Roche contributed to many of the economic reforms that Queenslanders today take for granted.

TDA extends its condolences to Michael’s family and colleagues.