Looking back over the end of 2020 and the start to 2021 made me think of the stirring address a federal minister for skills in the Howard era gave to staff of the department of education and training at the end of a particularly busy year. He warned, “if you think this year was busy just wait till next!”

Perhaps the constant pursuit of reform in VET gives the sense of a marathon more than a sprint but when you look at the VET agenda for 2021 there is a sense of a finishing line in there somewhere.

The Productivity Commission (PC) technically fired the starting gun this past week with the release of its final report on the review of the funding relationship between the Commonwealth and the states and territories.  Yet the federal department kicked things off at the end of last year with the soft launch of its Skills Reform consultations which will go well into 2021. Skills Organisation pilots, an experiment in industry voice triggered from the Joyce review, are now getting into their strides.

It has been over two years since Joyce gathered the views of the sector for his view on reform so it makes sense there’s a new call for more input given the economic upheaval of COVID and the relentless march of technology-driven disruption and growing concern with the disparity of economic opportunity for Australians.

Is there a navigable route offered by the Commission or is it more unfounded market salve to tend students and industry which seemed the theme of the interim report? The findings and recommendations have moderated. They conclude that in VET there is a reasonable level of competition and choice for students – it’s a smash world record compared to the higher education sector!

The key to the PC exercise is whether it found that funding relationships with the states and territories should continue – and it makes that conclusion, including acknowledging the central position of state and territory governments in scheduling supply within their jurisdiction. Sub-national responses remain the centre of VET, and this shouldn’t be overlooked as the core organising principle for VET in Australia.

If you want a route for VET reform in 2021 I recommend that you look back at the elements of the heads of agreement between governments signed back in August last year and see if the PC offers any views, as I suspect that is what the Commonwealth will pick up. Then put your back into the skills reform consultation on industry voice and VET qualifications, quality and teacher professional development. Finish off with a swing back for a deep look at the endeavours of the National Skills Commission to establish consistent funding across VET, but don’t lose sight of the three pilot skills organisations as they are the ones designed to push new approaches.

By the end of the year the minister claimed would be busier than ever, the Industry Skills Councils (industry voice) were almost broke, the states were mapping out their own reform of VET via a new vehicle of collaboration minus the Commonwealth – in their body, COAST (Council of Australian States and Territories) and the minister was within weeks of leaving the ministry.

Reform is a dangerous game as he found out. For me, his enduring lesson was his absolute push for consistency in message across all channels and making sure there was substance behind the message – sizzle with no sausage is soon found out.

The finish line is within reach in 2021. The expectation sizzles. Let’s hope there is sausage at the end.

This second round of CSPs builds on a trial last May, where an allocation of CSPs was made to TAFEs for the first time. This subsequent allocation of nearly 500 places recognises the success of TAFEs in delivering graduate and undergraduate certificates during 2020.

Commonwealth Supported Places entail the federal government paying for part of the course fee as a subsidy, not a loan, for which the student is not required to repay the government.

“As the economy recovers from COVID shutdown, it is crucial to look with fresh eyes at how we can deliver the skills training that will be a vital part of the recovery and the rebuilding.

“TAFE higher education providers, including dual sector universities, are uniquely placed to deliver national priority skills to many people who may not otherwise have considered a university pathway.

“It’s a natural extension of the way TAFEs operate that higher education may be undertaken as part of studying and learning at a TAFE.

A total of 46 professors were awarded Australia Day Honours among the 570 recipients in the General Division that comprises Companion (AC), Officer (AO) Member (AM), and Medal (OAM).

As far as we can see there were no awards for activities related to vocational education and training.

Is this a problem? Is it due to a lack of nominations, or are certain categories of entrants more successful than others? Over recent years only a handful of award recipients have come from the VET sector, which is surprising given its size and scope.

It’s somewhat better when it comes to the Public Service Medal (PSM), where two recipients with achievements in the VET sector were recognised.

Lynn Glover received the PSM for outstanding public service to education and training in Victoria. Ms Glover was the inaugural Chief Executive Officer of the Victorian Registration and Qualifications Authority (VRQA).

Anthony (Phillip) Murphy was awarded the PSM for outstanding public service to vocational education and training in Victoria. Phillip served as the Executive Director at Bendigo Kangan Institute’s Automotive Centre of Excellence and is currently Executive Director, Student Journey Transformation.

Congratulations to Lynn and Phillip on their awards.

The latest Queensland university offerings have seen a rush by year 12 students for health-related courses, with more students choosing TAFE Queensland than any other tertiary provider.

The Queensland Tertiary Admissions Centre last week made 9,812 offers to school leavers, with 13 of the top courses offered in the field of health. The latest offer round takes the total number of offers made to Queensland students to almost 25,000.

Acting TAFE Queensland CEO John Tucker said the institution has seen a 14 per cent increase in student enrolments across health-related courses compared to 2019.

“While we are still taking enrolments for the semester one intake, we are already seeing an increase in health enrolments with classes set to start in just a few weeks,” he said. 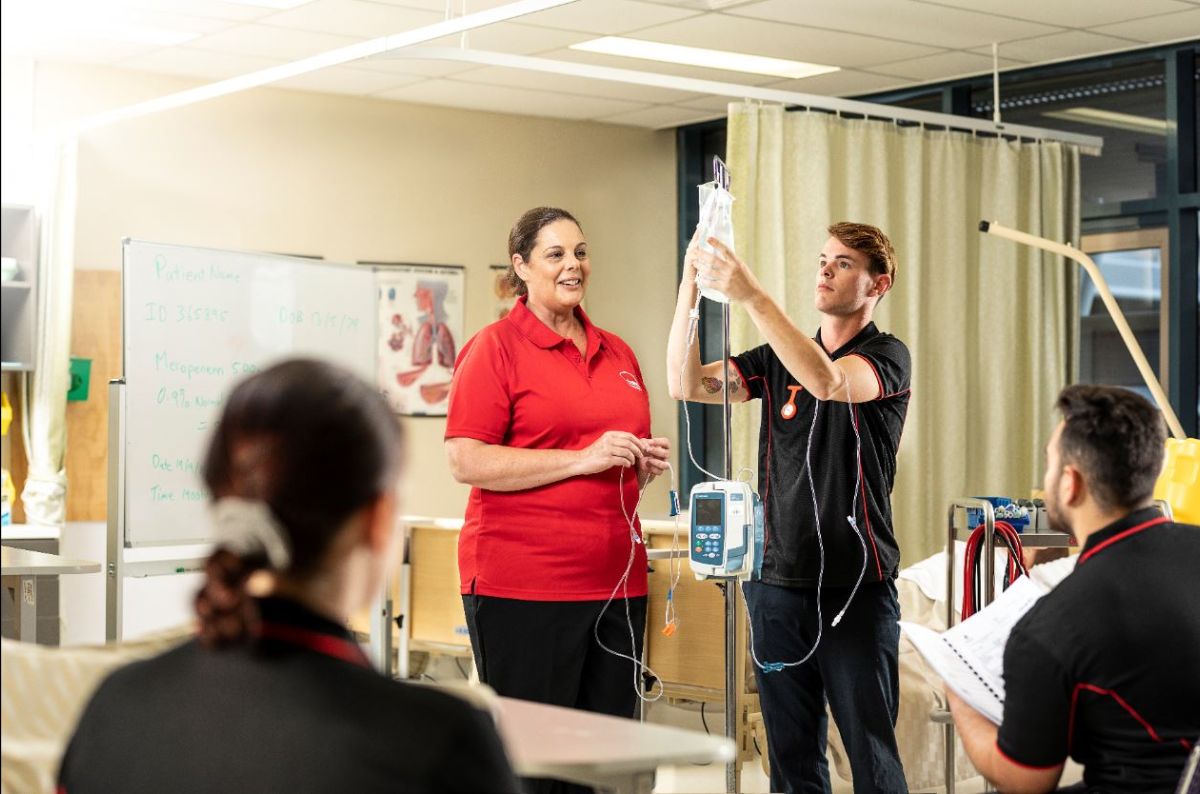 We welcome Infinispark Pty Ltd as a TDA Corporate Affiliate.

Infinispark will bring informed industry perspectives on the electrotechnology sector.  Infinispark designs practical assessment and training equipment that maps to units in Electrotechnology and Automotive (electrical) training packages.  It starts by analysing and unpacking a Unit of Competency and identifying what parts require learners to demonstrate their understanding and in what way. Based on this information Infinispark chooses the components and puts them in a compact form factor. This takes care of the compliance from the ground up.

As Husnen Rupani, Infinispark’s Director, notes, “whilst making the equipment compliant, we also use our knowledge and experience of training in the VET sector to make the assessment equipment appealing, easy to use, functional and portable. This entices trainers and learners to use these easily and often and enhances learners’ experience and increases their engagement and retention.”

TDA welcomes Infinispark as a TDA Corporate Affiliate and we look forward to an on-going partnership.  In joining with TDA, Infinispark also joins with TDA’s existing corporate affiliates in providing informed industry perspectives to TDA and its member TAFEs.

Husnen may be contacted on 1300 15 22 99 or at hus@infinispark.com.au. He looks forward to explaining how Infinispark can assist you as a training organisation or as an educator or trainer.

Chisholm won the Excellence in Innovation in Partnerships, and International Engagement category for its role in the Vietnam TVET Reform Program (VTRP), designed to enhance the vocational education and training system in Vietnam, and to develop a skilled workforce to service its economic growth needs.

Chisholm also took out the highly coveted Premier’s Award – for the most outstanding International Provider of the Year.

Chisholm CEO, Stephen Varty said, “The Australian education framework provides excellent, supportive learning opportunities for international students, both here in Melbourne and overseas. I’m pleased that Chisholm has been recognised for our work in Vietnam and our contribution internationally.”

Jennie Dehn, General Manager International said, “Chisholm has been working in the international TVET market for over 30 years, with some partnerships reaching a 15 year milestone recently. We are certainly honoured to have been recognised by the Victorian Government in the 2020 awards”.

The awards are an annual initiative of the Victorian Government to support the international education sector, and attracted 291 applications across both student and provider categories. 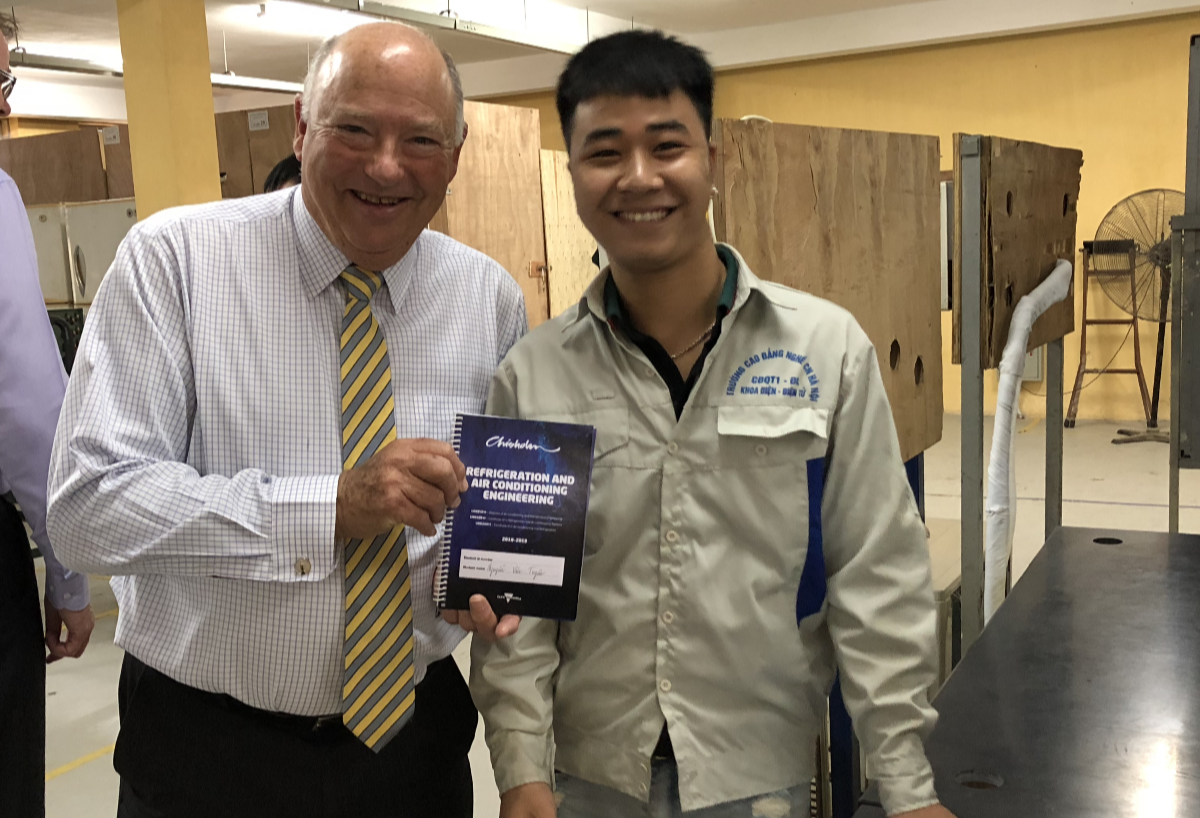 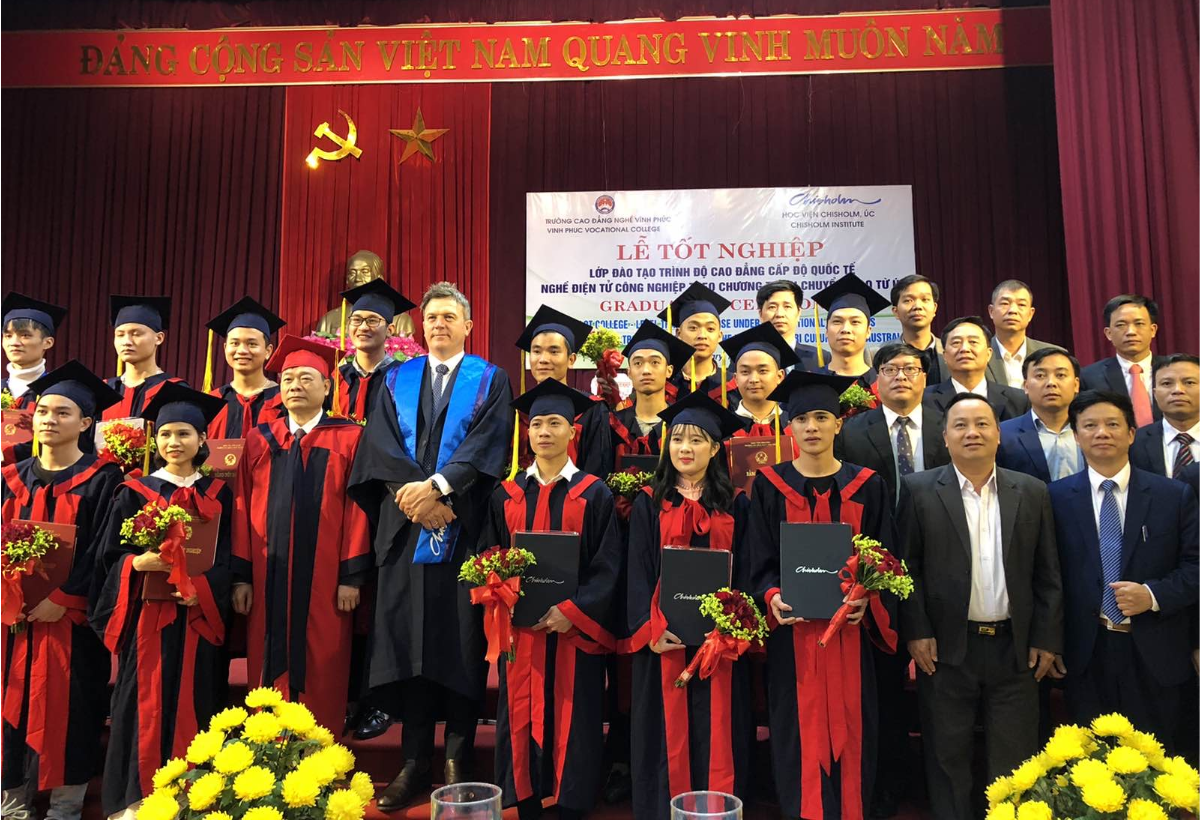 A new round of reform for the VET sector is needed to deliver a more productive workforce for Australia, says the Productivity Commission.

The Commission’s final report into the National Agreement for Skills and Workforce Development (NASWD) says there is no evidence of a system in crisis, but a need to “address some of the system’s acknowledged weaknesses”.

“Governments have stepped back from some of the NASWD’s policy aspirations. Targets have not been met and the performance framework has not held governments to account,” Commissioner Jonathan Coppel said.

“Efforts to improve quality should be ramped up through faster changes to training packages, developing an evidence-based VET workforce strategy, and a phased introduction of independent assessment.”

The report echoes the National Skills Commission’s objective of setting and simplifying course subsidies, and urges ” more contestability and transparency to public funding of TAFEs and enhancing the operational autonomy of public providers”.

It urges the expansion of VET Student Loans to more Diploma and above courses, and to most Certificate IV courses, and says loan caps should better reflect course costs, with loan fees paid by all students..

The Commission also urges alternate, competency based pathways to apprenticeships, noting that apprenticeships “can be time consuming and act as a major barrier, particularly for mature-age workers”.

It recommends adapting all modern awards to allow for competency based progression and equalising financial incentives for apprentices and non-apprentices.