The Power of Authenticity – comment by CEO Craig Robertson

The Power of Authenticity – comment by CEO Craig Robertson

horse high on a plinth surveying the passing traffic. As an American Civil War hero Scott is revered but the statue is not.

When first crafted, the general was riding a mare but his descendants felt The General ought to be atop a mighty stallion. Reluctantly, one assumes, the sculptor added the necessary anatomical accoutrements. The result is neither one nor the other and a statue being famous for what it’s not!

Dressing things up to be what they are not seems to be the way of the world these days. Fake news the most pronounced.

Authenticity goes hand in glove with trust and it’s crucial in these times. The Museum for Australian Democracy highlights it well:

Public trust as a political resource is particularly important in times of coronavirus. Without it changes to public behaviour necessary to contain and ultimately prevent the spread of the infection are slower and more resource intensive. People need to trust government to support more government intervention that makes a difference[1]

Australia bucks the global trend when it comes to trust in Government as shown in the table and drawn from 2021 Edelman Trust Barometer. (Results for New Zealand and Prime Ministers are shown at the end of the column).

While trust in government is high in what is an immediate and apparent crisis, George Megalogenis in the latest Quarterly Essay – Exit Strategy, Politics after the Pandemic – asks what next? He calls out President Biden’s Roosevelt-like economics in deliberately growing the size of Government which has been in decline since Reaganomics outsourcing and its trickle-down economics. Also citing Boris Johnson who said in 2020, “this is the moment for a Rooseveltian approach to the UK”, Megalogenis asks if Australia will adapt this new consensus – build on strong public services and a more active government.

There is not too far to look in Australia for the champion of Reaganomics – vocational education and training.  It has been the easy mount in the education sphere to test the outsourcing ideology and it has the scars to show for it – rapid expansion and contractions, VET FEE-HELP and increased government intervention in the form of regulation and curriculum specification.

The latter is all the more curious because Reaganomics is based on government not knowing what it best. Reducing learning to only what is needed by a client (in this case industry) for a point in time is its living expression of neo-liberalism in VET curriculum. The trickle-down has been specification and over-regulation.

As part of our recovery, citizens will be looking to government for trustworthy tertiary education options to rebound to new opportunities or venture into new careers. Given VET’s recent history it seems risky to rely again on poor outsourcing and a reductionist education.

Hope abounds though. Imagine the power of authenticity backed by trust.

I suspect these will bring back VET as a strong and reliable service of governments to its citizens – more vocational education than training.

In the spirit of Bidenomics it’s time to get on the horse and forge a new future for a stronger vocational education approach in Australia, one that is genuine and delivers for all Australians, authentic even.

This marks my last newsletter in my capacity as CEO of TDA. The journey has been a real privilege. Advocating the role and purpose of public provision in this wild world of VET has been an endeavour I have enjoyed immensely. Not that public provision alone is the answer, but TAFEs in the institutional form backed by governments and driven by public purpose is needed in Australia more than ever.

I am gratified to be taking up the role of the CEO of the newly established Victorian Skills Authority which has been set up in response to the Macklin Review. I am enormously sad though to leave an absolutely terrific and committed secretariat and the TDA Board that has provided guidance and incredible support over the journey.  This role is and will remain what I regard as one of the real privileges of my working life.

The routine (and highlight) of my TDA week has been crafting this column (lest I mislead you, Bob Bowden prepares the main part of the newsletter). It usually starts with some ideas mid-week and a few quiet hours on a Sunday. In some ways it has been my journal in full view as I have pieced together for my mind the vision for TAFEs and tertiary education in Australia. Many thanks for taking the time to engage with the rantings, preaching and general eclecticism.

After more than four years leading TDA we sadly say goodbye to Craig who is to take up the position of inaugural CEO of the new Victorian Skills Authority in late August.

I first met Craig in July 2015 when he was appointed to the position of Deputy Secretary of the Higher Education and Skills Group, within the Victorian Department of Education and Training. Craig was impressive; he had extensive experience in government, he had a genuine interest in the sector and a deep intellect.

After Craig left the Deputy Secretary role, we were very pleased to appoint Craig as the CEO of TDA. I am not sure Craig really knew what he was walking into, and the first 18 months was a baptism of fire working through the TAS fallout.  However, we were impressed with Craig’s calm and thoughtful approach in very difficult circumstances.

Craig has brought energy, ideas, vision and a policy focus to TDA. The role of the peak body has never been more important, and Craig has been instrumental in advancing the mission of TAFE and consolidating the widespread support for TAFE from governments, industry and the community.

Craig is genuinely a thought leader in the sector, as is evidenced by his thought provoking commentary in the TDA newsletter. There were a few occasions when I would get phone calls on Monday in relation to Craig’s piece, including from Craig himself thinking he may have gone too far. His commentary on key policy, product and regulatory issues has been important in the discourse about vocational education and training, quality provision and the role of TAFE as anchor institutes.

It has been a pleasure to work with Craig, and I will miss our chats trying to make sense of the sector. The Board and all our members extend our appreciation and gratitude to Craig for his extraordinary achievements over the past four years.

We in Victoria look forward to working with Craig in his new role, and my colleagues around Australia wish him great success.

Craig Robertson said, “It has been a tremendous privilege to work with a dedicated group of professionals to see TAFE’s trusted place in the community so widely recognised and valued.

“TAFE teachers, trainers, managers and directors are at the heart of skills training in Australia and, every day, create jobs and learning opportunities, many of those for people who would not otherwise have the chance to succeed.”

Craig’s final day at TDA will be this Friday. The TDA Board will advise on arrangements for a new CEO.

WorldSkills Australia to use satellite sites in modified national competition

WorldSkills Australia has made a series of changes to its National Championships and Skills Show to allow the event to proceed safely in light of the latest COVID outbreaks in parts of the country.

WorldSkills Australia together with the WA government has made the decision to run the WorldSkills National Championships at satellite sites in four states – Western Australia, Victoria, New South Wales and Queensland.

Participants from the Northern Territory will participate in Brisbane, while arrangements for those in South Australia, Tasmania and the ACT are still to be confirmed.

All competitors will stay within a nominated hotel throughout the competition.

In addition, WorldSkills Australia is launching a live streaming and video-on-demand service to allow people to enjoy the competition from their homes.

WorldSkills Australia CEO Trevor Schwenke said the decision to incorporate satellite sites into the WorldSkills National Championships & Skills Show was not taken lightly but was made on the most up to date health and travel advice.

“We worked in collaboration with the Western Australian Government and with their continuing support, we believe we have a model that will still showcase skills excellence across Australia as well as placing the highest priority on the health and safety of our event competitors, volunteers, partners and visitors”.

The closing ceremony will occur once all states have completed their competitions which will likely be in October.

Bendigo TAFE and Kangan Institute have released their Reconciliation Action Plan, designed as a roadmap to better understanding and respect for Aboriginal and Torres Strait Islander people and cultures.

The rationale for the RAP is encapsulated in this excerpt: “First and foremost, we are educators. We believe educational organisations such as TAFEs and vocational training providers have an obligation to be as informed and involved as possible in regards to reconciliation in Australia, before we can teach others to do the same.”

The RAP sets out a series of key actions and outcomes to build relationships, support reconciliation and promote positive race relations through anti discrimination strategies.

Canadian college at forefront of grim search for unmarked graves

Some remarkable work by Saskatchewan Polytechnic, in partnership with Cowessess First Nation, has helped to locate hundreds of unmarked graves at a former Canadian residential school, in a case that has shocked the country. 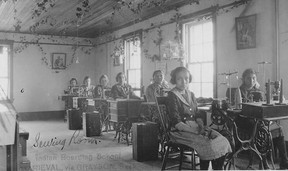 GPR scanning is a labour intensive and time-consuming process that involves walking the GPR unit over a large area in an equally spaced grid pattern.

The team identified numerous anomalies that indicated possible locations of unmarked graves. The GPS coordinates of the anomalies were collected using advanced surveying techniques and the information was used to create digital maps using GIS technology.

The researchers plan to conduct UAV flights over the area using a variety of imaging payloads in an attempt to establish a relationship between aerial observations and results from the GPR scanning.

There is also an intent to survey other parts of Cowessess First Nation to determine if there are additional potential grave locations outside the known cemetery area.

Ultimately, the applied research team hopes the project can contribute to reconciliation efforts. The research team is led by Dr. Abdul Raouf and includes Carlos Lara and Dr Herve Lahamy.  All are researchers from the Geomatics and Surveying Engineering Technology program located at Sask Polytech’s Moose Jaw Campus. 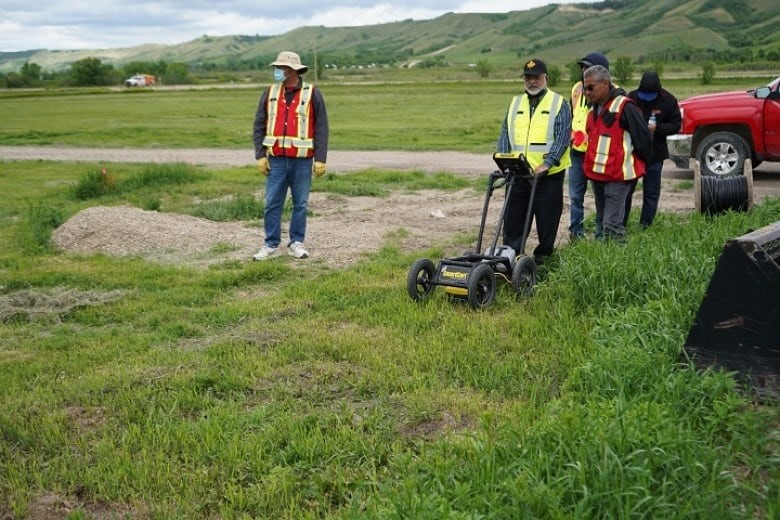 The West Australian government has rapidly turned ideas from last Friday’s skills summit into actions, with a series of initiatives to boost the supply of skilled labour. The measures include:

One of the key measures will see the 2022-23 allocation of 100 apprentice places under the Adult Apprentice Employer Incentive brought forward. This will see employers eligible for the adult apprentice financial incentive of up to $26,800. 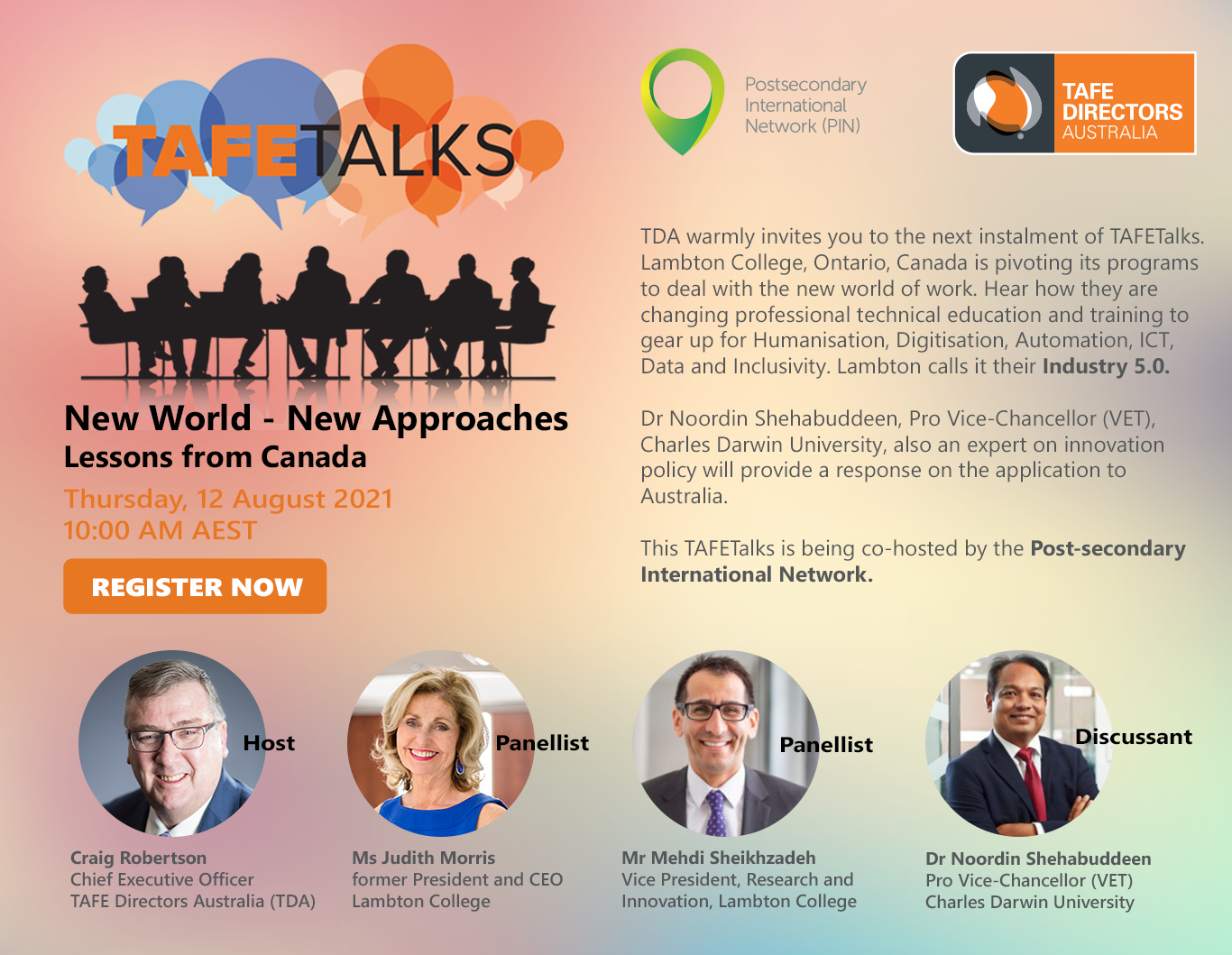 Every five years, the Census counts every person and household in Australia. It gives us a snapshot of who we are and tells the story of how we are changing. Census data is used to plan services that impact our lives, from schools, healthcare, transport and infrastructure to local support for individuals, families and communities. Every person in Australia needs to be included so that the Census data is as accurate as possible. There is support available for people who need help to complete the Census.

How to complete the Census