The force of JEDI – comment by CEO Craig Robertson

The force of JEDI – comment by CEO Craig Robertson

Like the swish of the light saber guarding peace and order in the galaxy, the Jedi project launched a stunning strike with the release of a beta Australian Skills Classification (ASC) in mid-March.

JEDI has been on its holy quest for some time. Inspired by big data the Jobs and Education Data Integration project is a flagship project for the National Skills Commission. Drawing on the Force of labour market, education and skills data, it is getting to the heart of skills to help shape the education and training response.

Using detailed breakdowns of occupations from the Ministry of Labor in the US, called O-NET, plus analysis of job adverts in Australia, the ASC gets to the heart of skills required for occupations in Australia.

Don’t get too caught up with the number of occupations which is often the first reaction – or even their description. A common language of skills is the objective, as opposed to occupations and qualifications which are the current proxy.

The key to the ASC is the skills – in this case core competencies and specialist tasks of occupations.

Core competencies are familiar to the VET sector – whether we think of them as foundation skills, employability skills, or even
21st Century skills. The ASC brings these together into a ten-by-ten matrix – ten core competencies each with ten levels.

Specialist tasks describe the day-to-day work in an occupation – drawn from O-NET, adjusted for Australia and clustered into higher level groupings. The report says the analysis revealed ‘several specialist tasks described the same or a very similar skill in different words.’ Here is the first strike of the saber:

The underlying intention is that if an individual can perform one task from a cluster, they can likely perform the tasks in the same cluster as well.

All up there are 1,925 skills clusters in the current version – many of them transferable.

Clearly the missing piece is the education intervention to achieve these specialist and transferable skills – ‘the ASC … does not identify pre-requisite qualifications or credentials for jobs’. It does leave a question over the place of competencies currently framed in training package policy. With around 17,000 competencies in the VET system does it mean many are marooned or redundant?

Big data collated in this way has a democratising effect. Armed with a better understanding of their own skills, someone can see how they can translate into other jobs they may never have contemplated.

For the Star Wars tragics, it does leave one to contemplate if there’s a clash coming between the Galactic Republic and the Galactic Empire.

Jenny Macklin appears to have lined up with the Republic. In her report recommending strategies for skills strategies for economic recovery in Victoria, she says:

VET should move from providing narrow and specific qualifications towards providing more transferable skills that prepare learners for a constantly changing economy.

There’s a chance to learn more about the ASC in conversation with Adam Boyton, the National Skills Commissioner, on Thursday 15 April.

TDA is proud to present…TAFETalks

On behalf of TAFEs around Australia, TDA is excited to be launching TAFETalks

TAFETalks provide a virtual platform for TAFE staff and other interested VET stakeholders to come together, to share, learn and create connections across institutes and states and territories on current issues and priorities.

TAFE staff are strongly encouraged to attend events and to participate fully in the Q&A sessions and group chat, however, TAFETalks are open to all interested stakeholders.

TDA warmly invites you to the launch of TAFETalks. Please join guest speaker Adam Boyton, National Skills Commissioner and Craig Robertson, CEO of TDA for a discussion on the year ahead and what it means for VET, including insights into the National Skills Commission’s work on labour market and workforce analysis and VET pricing and performance. Anyone interested in the big picture issues will want to tune in for this one.

The event is free but registration is essential.

If you cannot attend the event live, please register to receive a link to the recording after the webinar.

Thousands of new apprentices signed up to wage subsidy scheme

Officials from the Department of Education, Skills Employment (DESE) told Senate Estimates last week that the total number of apprentice and trainee enrolments in the BAC scheme had reached 117,867, as at March 18.

The government advised on March 9 that the earlier tranche of the program had reached its target of 100,000 places after less than five months and announced an expansion for a full 12 months for all enrolments up to September 30 this year.

DESE officials also told the committee that “existing workers” account for 18 per cent of total enrolments to date, even after a tightening of eligibility last October that restricted existing workers to trade-based apprenticeships and those moving from casual work.

Officials said enrolments were evenly split between trade and non-trade apprenticeships, and that the rate of attrition was lower than typical for apprenticeships.

The latest iteration of the BAC program is uncapped and the government estimated it would attract a further 70,000 new apprentice places at a cost of $1.2 billion.

The National Skills Commission is close to finalising its development of “efficient pricing” for VET that will aim to harmonise course fees and subsidies across Australia.

A key part of the work entails the development of an updated Skills Priority List that identifies occupations that employers need. National Skills Commissioner Adam Boyton told Senate Estimates last week that a draft of the list is expected around the middle of the year.

Mr Boyton was asked about the likelihood of equity issues and the gender pay gap being addressed as part of the new VET pricing model.

He said that gender and equity issues would form part of the framework, including the way that public and private benefits of VET qualifications are reflected in course pricing.

“A lot of qualifications that maybe have a gender imbalance have a very high public benefit but in terms of income have a lower private benefit, so the framework we’re thinking about would see those have a lower relative fee,” he said.

The committee was told that a draft “cost instrument” for collecting estimates of the cost of delivery of quality VET courses has been distributed to RTOs which will help form the prices and will be finalised as part of a new national skills agreement with the states and territories by August.

TasTAFE to remain public, will not be privatised

TasTAFE has responded to the state government’s latest TAFE reform program, making it clear that the institute will continue to have a central role in the state’s skills development.

Writing in The Advocate, TasTAFE CEO Grant Dreher said TasTAFE was in a stronger position than it has been in many years, but acknowledged that more work was needed to deliver the best for students and industry.

“Becoming more independent will position us to be more flexible and responsive for industry and for our communities,” Mr Dreher said.

The state government accepted a key recommendation of the Premier’s Economic and Social Recovery Advisory Council (PESRAC) to transform TasTAFE into an independent government business with greater autonomy over its operations.

Mr Dreher said the move to a government business was a positive step forward in the evolution of TasTAFE.

“TasTAFE will not be privatised. A government business is a wholly owned government entity that is answerable to the Minister. We will continue to be a publicly owned TAFE which continues to work in the best interests of Tasmania,” he said.

“We will be working with government to prioritise the future needs of TasTAFE and look forward to working with all of our staff to ensure a positive way forward as this progresses,” he said.

Prime Minister Scott Morrison has announced that the Secretary of the Department of Education, Skills and Employment Dr Michele Bruniges has been reappointed for a further two years, commencing 4 April this year.

Dr Bruniges was first appointed as Secretary of the former Department of Education and Training for a period of five years commencing in April 2016.

Mr Morrison said the two year extension, a period specified by Dr Bruniges, will allow the Secretary to finalise her term as Chair of the Programme for International Student Assessment Governing Board, an OECD appointment that she has held since April 2017.

“The re-appointment will also allow Dr Bruniges to see through the implementation of the New Employment Services Model – a significant procurement and reform piece for employment services, due to be rolled out from mid-2022 – to which the Secretary remains committed,” Mr Morrison said.

“I congratulate Dr Bruniges and look forward to continuing to work with her.”

The remarkable stories of international students who have chosen to come to Australia are featured in a new series of podcasts by TAFE Queensland.

The series, “My Study Journey in Australia”, comprises six stories from students from Colombia, Brazil, Papua New Guinea, Nepal, Bali and Sweden and is available on Apple and Spotify.

Listen to the podcasts. 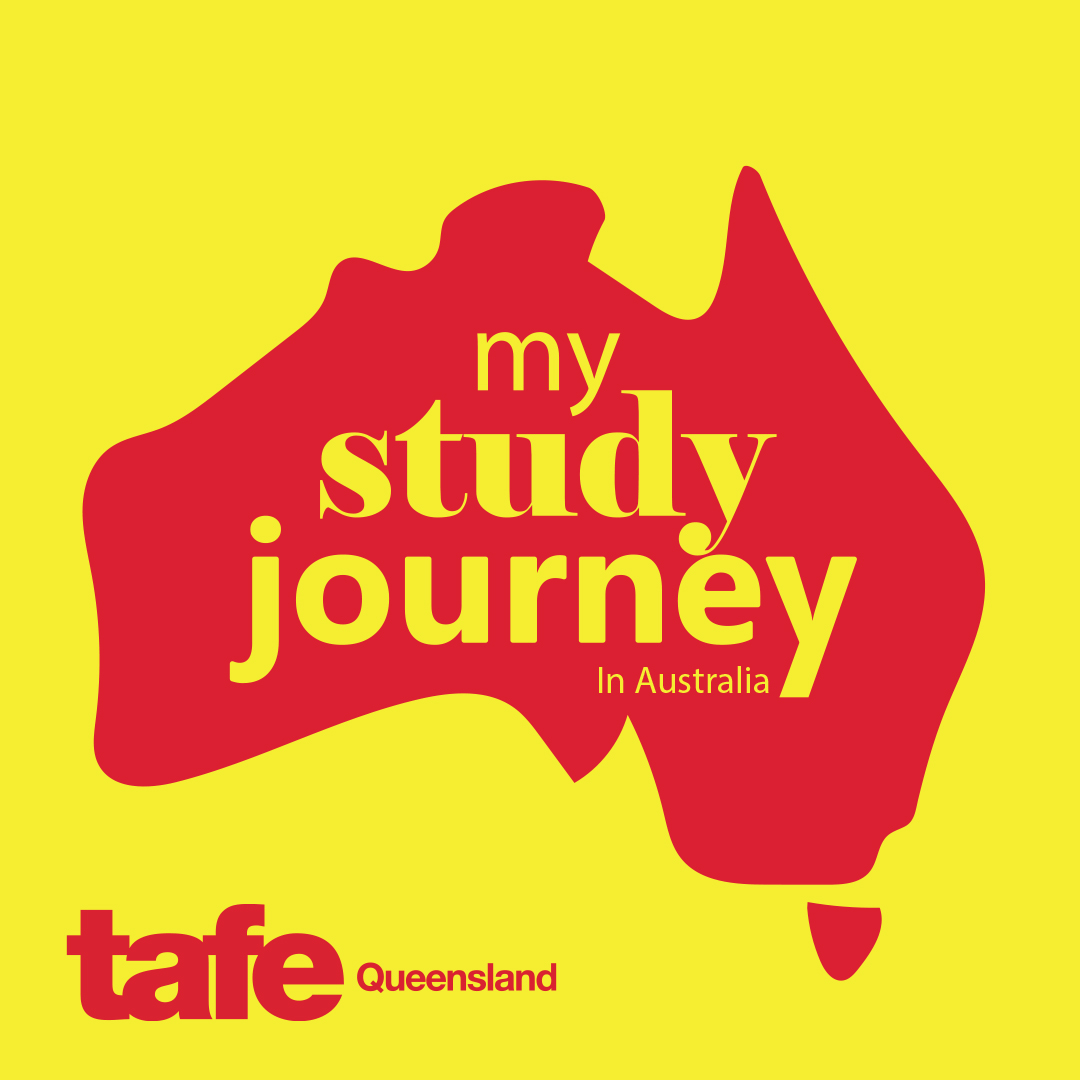 There will be an impressive array of speakers at the Journal of Vocational Education and Training (JVET) online Keynotes Conference, Friday 9 July.

The free event will be available world-wide, with engaging topics and Q&A. Speakers and topics are: