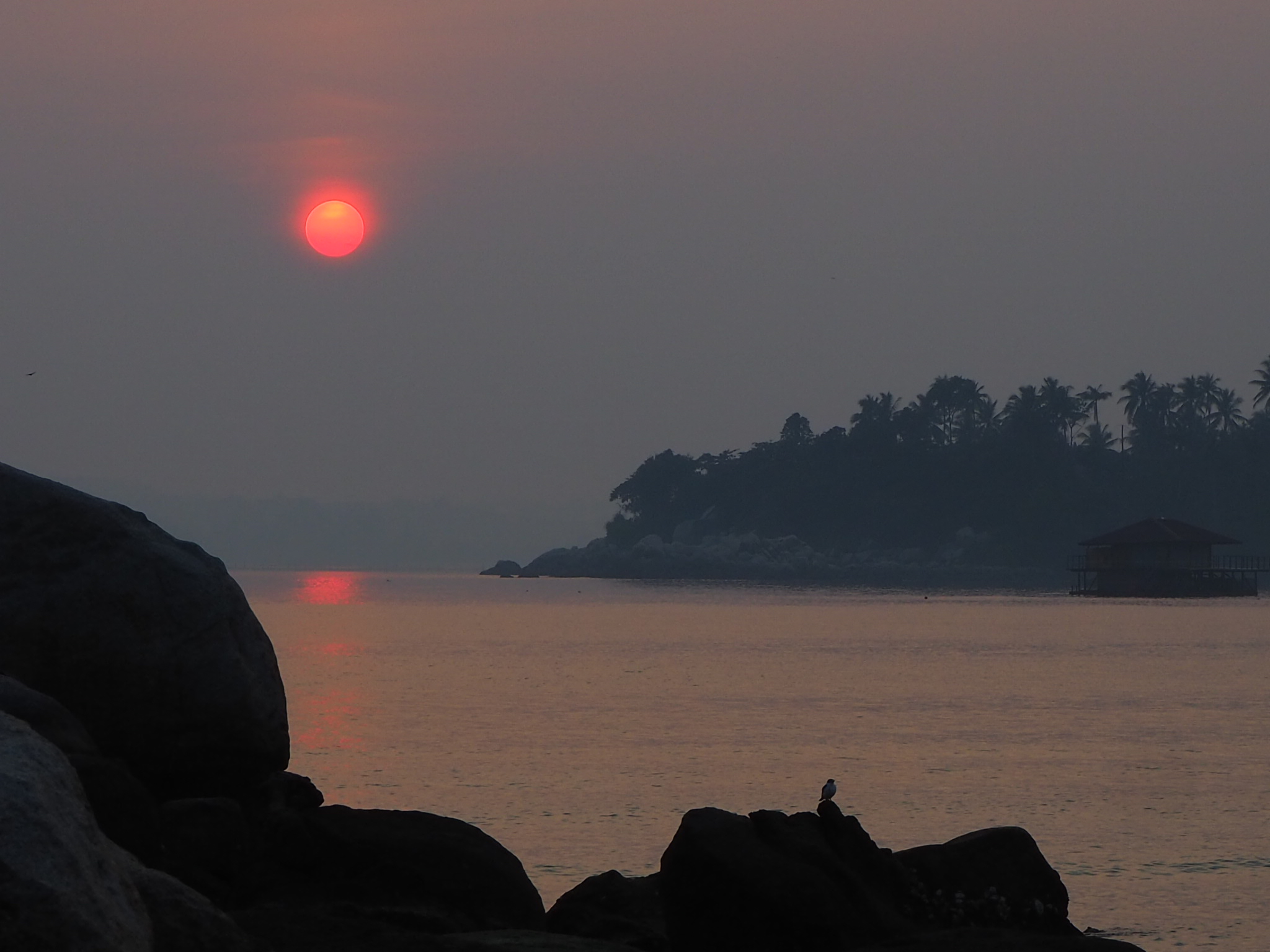 Red sky mornings in North Eastern Australia portend the dangers of the fire season facing Australia this summer. As if that’s not enough, the red morning sky forewarns troubling economic times ahead, akin to the 1990s recession. Vocational education rose to the challenge then. Is it ready again?

Last week’s national accounts revealed what many have feared – the lowest level of GDP, certainly since the GFC, and productivity the lowest since the 1990s recession.

The rate of turn-over in the economy, so vital in keeping confidence up and businesses going, is stalling. Per capita GDP, lower than it was a year ago, sheets these economy-wide figures home, literally. Household disposable income is down more than 1 per cent over the past year. “Household incomes per capita are currently at the same level they were in real terms in 2010.”[1]

We also have a productivity challenge – the capacity to achieve more from each piece of input, whether that’s building things or improving efficiency from employees or the way they work. The three-year average annual growth figure of 0.4% is the worst it has been since the 1990s recession.[2]

Students of vocational education in Australia will recall the 1990s recession was the pathogen that triggered structural changes to the sector. Keating called for responsibility for vocational to fold into the national government. Poor communication at a crucial time with his education minister, Kim Beazley, meant the resistance of the NSW Premier, John Fahey foiled the plan. ANTA[3] was the compromise – a Commonwealth statutory authority to work with the states and territories, even to pool their contributions for national redistribution for skills development where it was needed. It would be horizontal equalisation of skills akin to the fiscal equalisation mission of the Commonwealth Grants Commission.

Read the Joyce Review and we are back in the territory again, sort of.  A national skills commissioner is to tell us where the skills demands are, how much governments should contribute to ensure quality and leverage private contribution and then will track the follow-through.

ANTA achieved many things, but funding consistency,let alone funding certainty, was not one of them. I’ve never met a Premier prepared to give up his/her state’s hard earned to support another.

Possibly ANTAs biggest claim to fame was national industry training packages to house competency-based training. The model was for the time – many Australian workers were at risk of displacement from industry restructure and recognising the skills they had acquired on the job (not necessarily in an institution) gave them confidence to transition into new jobs in new industry.

Now, we are concerned about today, and tomorrow.

Philip Lowe, our Reserve Bank Governor warned again just last month[4] that interest rates and a floating dollar are not enough to stabilise our economy. He suggests structural reforms that encourage firms to expand, invest, innovate and hire people.

As if predicting the national accounts, he said of structural reforms:

“Given the productivity challenges that we face, this is probably the best lever. But it, too, is hard to move or is stuck in many countries. Structural reforms are often highly politically contested and our political systems are having trouble building the necessary consensus about what to do, and how to do it.”

Here’s my suggestion for structural reform. Vocational Education reaches millions of workers and prepares many more. We can reach out to bring new-world skills and technology savvy talent to firms to give them the wherewithall to start their innovation journey.

It’s a new form of vocational education design and so easily within reach. One predicated on trust of TAFEs to engage with industry and employers, to build opportunity for individuals that resonate with their aspirations. It’s far more effective than reliance on a centralised model of training specifications which are so easily out of date and out of tune with demand.

Senator Gerard Rennick in his maiden speech this week called for a new focus on vocational education – skills based training through TAFE should take precedence over non-vocational university studies, which of course is welcome. More important were his words on productivity:

“Innovation and productivity are driven from the ground up by individuals’ hard work, not top-down by vested interests shuffling paper. As Adam Smith said: The directors of … companies … being the managers … of other people’s money … it cannot well be expected that they should watch over it with the same anxious vigilance with which … partners … watch over their own … Negligence … must always prevail …”

Facing troubled times we need to ask why there’s been no movement to Australia’s vocational education model – a model that looks backward, has limited guarantee to lifting basic skills like literacy and numeracy (which underpin adaptability) and is stuck like araldite to occupations we know are disappearing or changing.

There may be some form of structural reform in establishing the skills commission. Without structural reform to most vocational qualifications to deliver productivity enhancing skills to the individual – entrenched interests win as Lowe fears and an opportunity is lost.

Here’s hoping for a red sky at night…. in sailors’ parlance in this case but for a bright future for vocational education as well.

The Chair of the Productivity Commission Michael Brennan, pictured, has warned that the next critical phase of VET reform should proceed with caution, in light of recent policy upheaval, and should respect the rights of the states.

In his address to the TDA convention, he noted that the big “disruptions and discontinuities” in VET over the last decade came from three central policy changes – the move to national training entitlements, the introduction and cessation of VET FEE HELP, and demand driven funding of universities.

“My instinct is that we will find it hard to replicate the dramatic pace of change associated with those big three policies of the last decade,” he said.

“All participants would probably welcome a period of relative policy stability to allow the system to find its feet.”

But that did not mean doing nothing, he said.

Rather, the major reforms about to get underway – a National Skills Commission, streamlined qualifications approval and more nationally consistent funding – should proceed with consideration for what already works.

“There are good aspects of the various state and territory systems that are worth considering.

“And we should never pursue harmonisation for its own sake – another point on which the Joyce Review was clear: states and territories need flexibility to adapt national systems to their own skills needs.

“The aim should be for a coherent national framework with flexibility for states to reflect local circumstances,” he said.

A TAFE NSW carpentry apprentice and a sports education trainee took out the top prizes at the NSW Training Awards in Sydney last week. 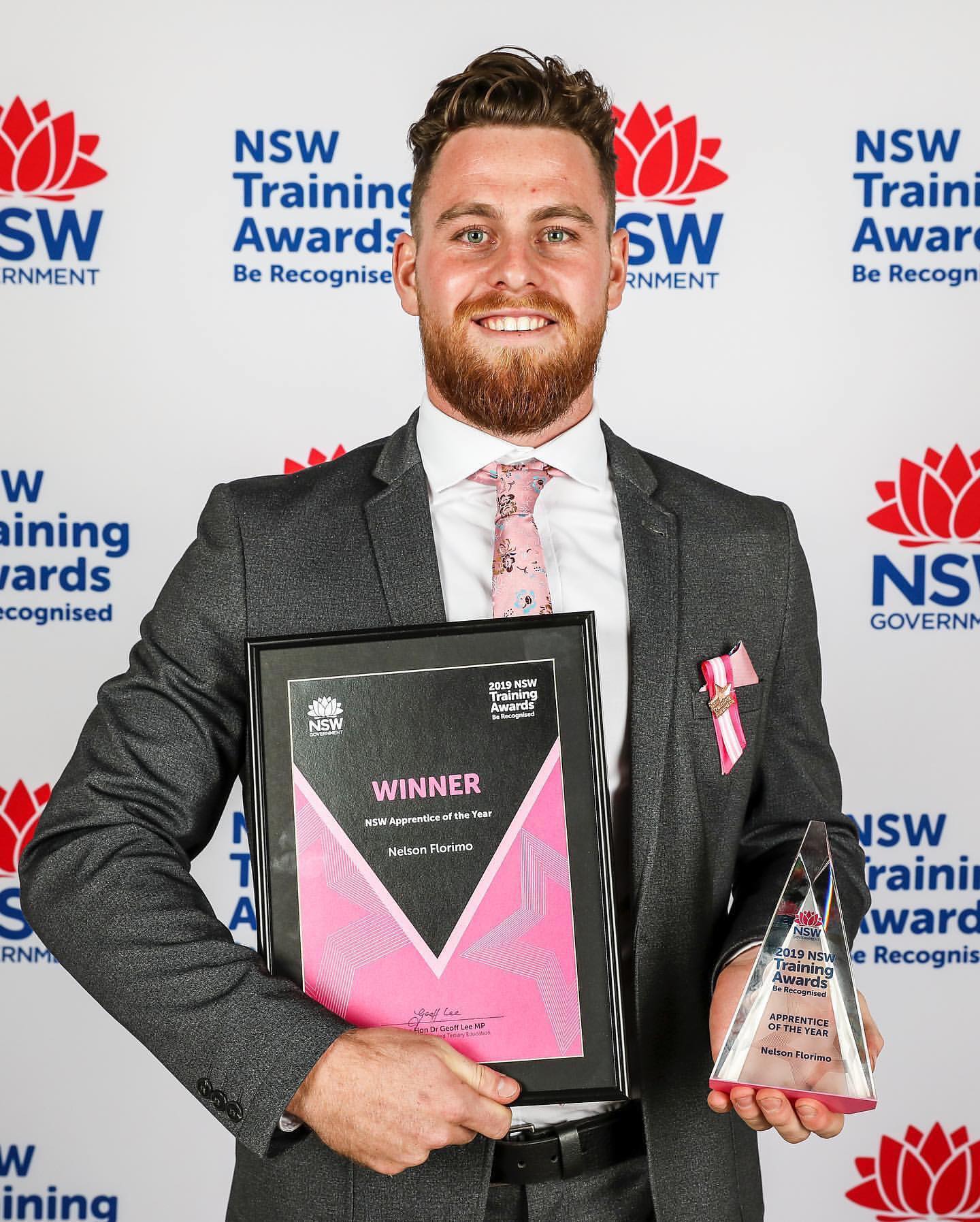 The Minister for Skills and Tertiary Education Geoff Lee congratulated Nelson on his leadership skills and tenacity.

“Nelson’s dad, Greg Florimo, was an outstanding rugby league player and Nelson was following in his father’s footsteps until serious injury forced him to give up the game aged 18 and that led him to discover a passion for carpentry,” Mr Lee said.

See all the award winners.

Canberra Institute of Technology (CIT), its teachers and students were recognised for their commitment to innovation and outstanding achievement at the ACT Training Awards last week.

CIT received the Large Training Provider of the Year Award.

The Cyber Security Skills Collaboration, an initiative to develop the cyber security workforce of the future through a collaboration between CIT, Fifth Domain and AustCyber received the 2019 Industry Collaboration Award.

Acting Chief Executive Andrew Whale said the awards reflect a diverse team at CIT with industry experience and a dedicated focus on students and their needs.

See all the award winners. 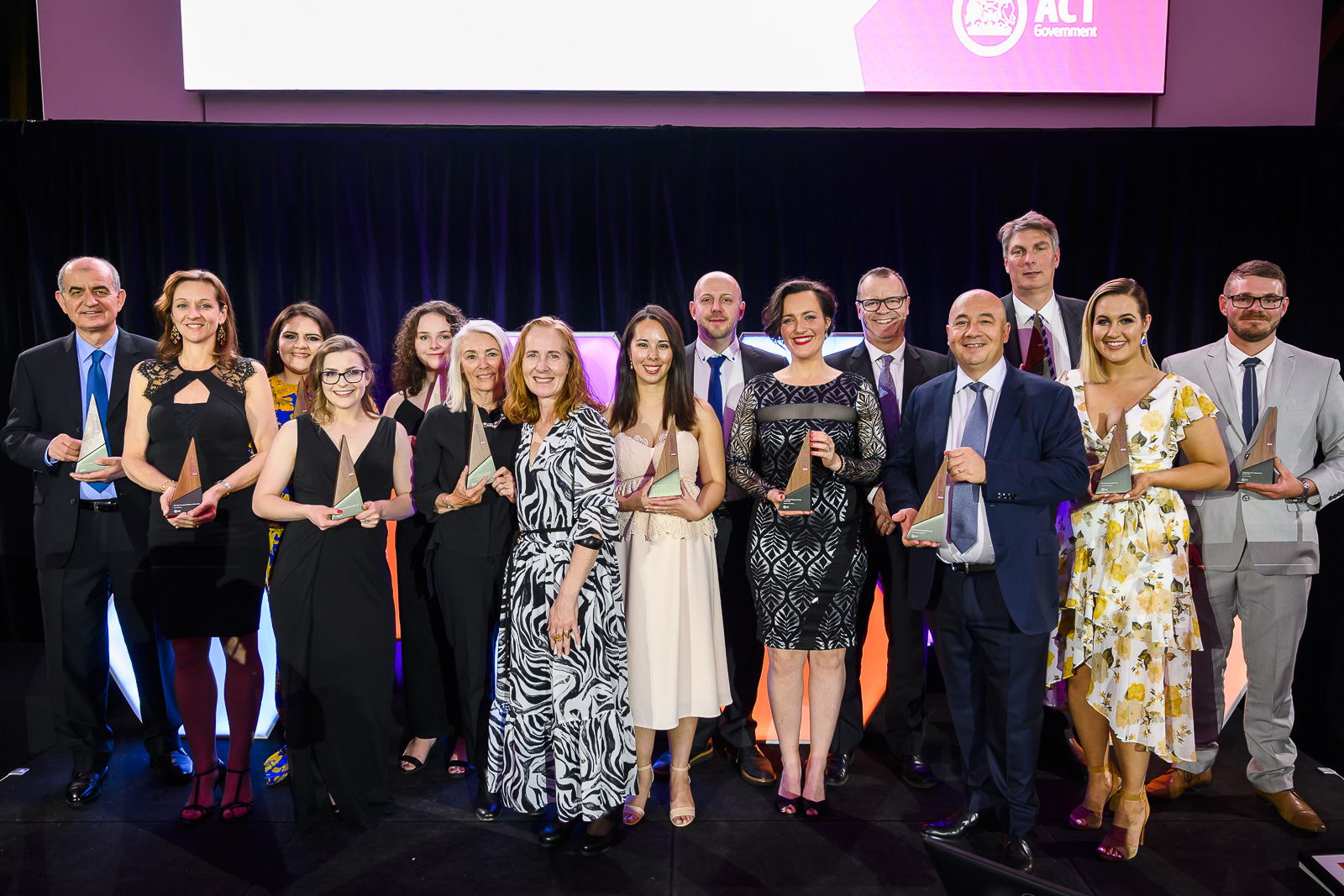 North Regional TAFE was named as the Large Training Provider of the Year at the 2019 West Australian training awards on Friday.

Other award winners were:

The Victorian Auditor-General has urged the state’s TAFEs to share knowledge and resources as a way of managing the influx of students under the Free TAFE initiative.

The Auditor-General’s report examined the efficiency of enrolment processes under the initiative, as well as the Department of Education and Training’s oversight and support to TAFEs.

It found that the experience of prospective students was generally positive, but urged greater consistency in enrolment procedures.

“While respondents to our survey most commonly reported that their overall experience was easy, there was considerable variability in the time and effort reported by individuals to finalise their enrolment,” the report said.

The audit was critical of the process of literacy and numeracy testing required for each student before they can commence training, describing it as “time-consuming and onerous for both the TAFE and the prospective student.”

The report said the audited TAFEs were working to improve their enrolment processes and develop more integrated information management systems.

“These initiatives should lead to efficiency gains and an improved enrolment experience.

“However, the sector could significantly improve its efficiency if TAFEs worked together, as they face similar challenges, and – in most cases – use similar underlying software. By sharing their knowledge and resources, TAFEs could collaborate on system development, without duplicating effort.”

See the latest from the World Federation of Colleges and Polytechnics

The World Federation of Colleges and Polytechnics is now sharing news, views and reports from its members around the world through its newsletter Dispatch.

In this edition it covers topics including the road to gender equality, integrating social, emotional and sustainable learning into education materials, the consumer rights of international students, and how emerging technology links with training.

Annual survey of youth gets under way

The annual survey period for the Longitudinal Surveys of Australian Youth (LSAY) has commenced – a process that follows young Australians as they move from school into adulthood.

Around 10,000 young people aged 19 and 25 will be contacted about a wide range of topics, including future aspirations, vocational and higher education, employment and job seeking, health, living arrangements, volunteering, social support, financial stress, and their satisfaction with various aspects of life.

“LSAY has provided a rich source of information about young people and their pathways for over 20 years,” said Simon Walker, Managing Director of the National Centre for Vocational Education Research (NCVER), which has managed the survey since 2007.

LSAY participants are recruited at age 15 from schools that take part in the OECD’s Programme for International Student Assessment (PISA) and are contacted once a year until they are 25.

The state of Tasmania’s TAFE system is in the sights of independent Senator Jacqui Lambie, according to an article in The Examiner.

The paper says that Senator Lambie, who holds the balance of power in the Senate, is ready to ramp up her efforts to get a better deal for TAFE.

“There’s many kids [in Tasmania] that do not want to go to university,” she said.

Senator Lambie said there was “discrimination” against young Tasmanians who preferred to take up a trade rather than go to university.