Horizons make my mind wonder. Maybe it was my childhood in the West watching the sun set and wondering if the sea melted the sun. Most likely, it’s my wondering of what lay over it. 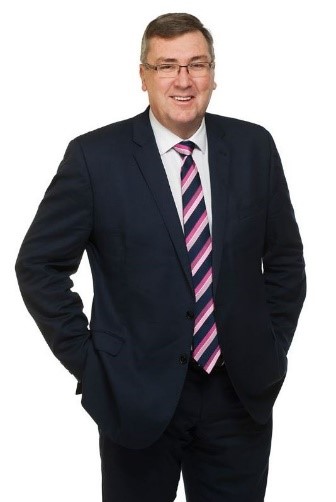 As we start Congress week in Melbourne my thoughts are the same. What lay over the horizon?

Captain Cook doubted whether he would find the Great Southern Land when he sailed West from New Zealand. Imagine the growing doubt as each day passed.

We don’t know what’s in store in Australia for tertiary education and TAFEs.

We know a Shorten Labor Government will conduct a once-in-a-generation review with the intention that a TAFE outcome is to be treated equally to a university outcome.

It was only twenty days till the Endeavour sailed upon Australia’s Eastern shore. We need to set a new course for vocational education and training in Australia. The technology revolution is driving it, students are demanding it and Australia needs it.

Why does the Congress matter? It will give us pointers we need to follow. What do I know? You can trust TAFE to navigate the course.

800 delegates, 140 speakers - the World Congress kicks off in Melbourne

A colossal 800 delegates from every corner of the earth have arrived in Melbourne for the opening day of the World Congress of the World Federation of Colleges and Polytechnics.

The three-day event will be one of Australia’s largest gatherings of education and skills leaders, with some 140 speakers and 44  concurrent sessions, all under the theme: Preparing for the Skills Future, Now.

A host of world-leading speakers and presenters will explore the changing nature of work with a particular focus on the impact of advances in technologies and automation on vocational and professional education.

The World Congress will focus on solutions to these challenges and will also provide an opportunity for Australia to look at its VET system from the outside and compare its readiness with that of other countries.

“Delegates can expect to hear some thought-provoking presentations about the threats to jobs, skills and training as we know them and how our education and training systems must be redesigned to prepare students for the jobs of the future,” TDA CEO and Chair of the World Federation Craig Robertson said.

Ahead of today’s formal start to the World Federation of Colleges and Polytechnics (WFCP), some 40 leaders 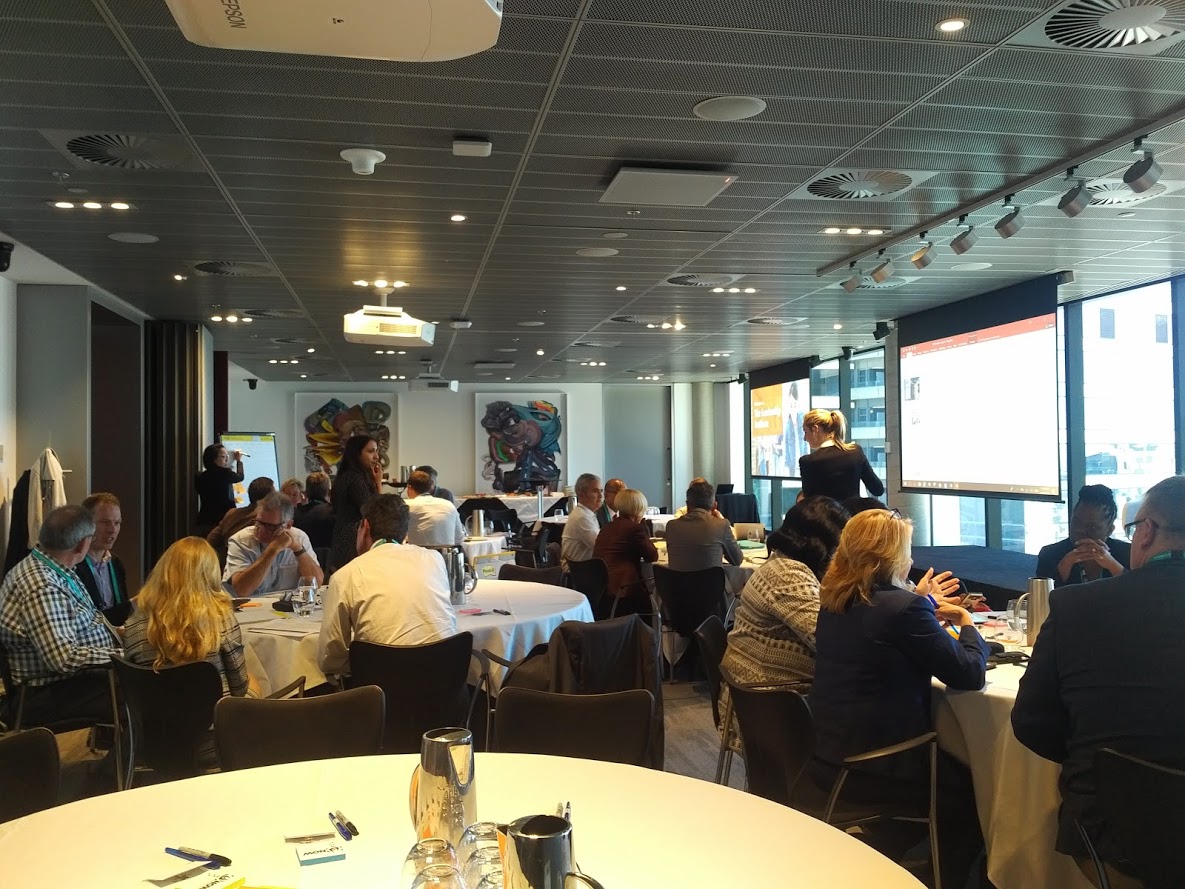 from around the world gathered yesterday at the offices of PricewaterhouseCoopers for the WFCP Leadership Institute.

The participants explored the impact of rapid changes around the world on the sector of professional and technical education and training (PTET).

The event kicked off with a presentation by Jim Stanford, a Canadian labour leader and head of the Centre for Future Work. Participants  engaged in active group discussions about the implications of trends on the sector and the greatest challenges for PTET.

The group is engaged in setting the direction of the WFCP as it embarks on a new strategic plan, and will form an international network of leaders to address priorities and challenges.

Young leaders get their chance to shine at World Congress

The international theme of the World Congress was on display yesterday as 36 young people from around the globe attended the Young Leaders Camp at Box Hill Institute.

TDA Deputy Chair Christine Robertson from Charles Darwin University, and WFCP Board Member Phil Ker from Otago Polytechnic in New Zealand visited the group to speak about their own experiences of leadership, and found inquisitive minds and engaged leaders.

The team at Box Hill Institute has put together an outstanding program for the camp, and reminds us again of the capabilities that Australian TAFEs have in supporting global experiences for young people in professional and technical education.

We are delighted to be offering this experience to the next generation of skilled leaders. 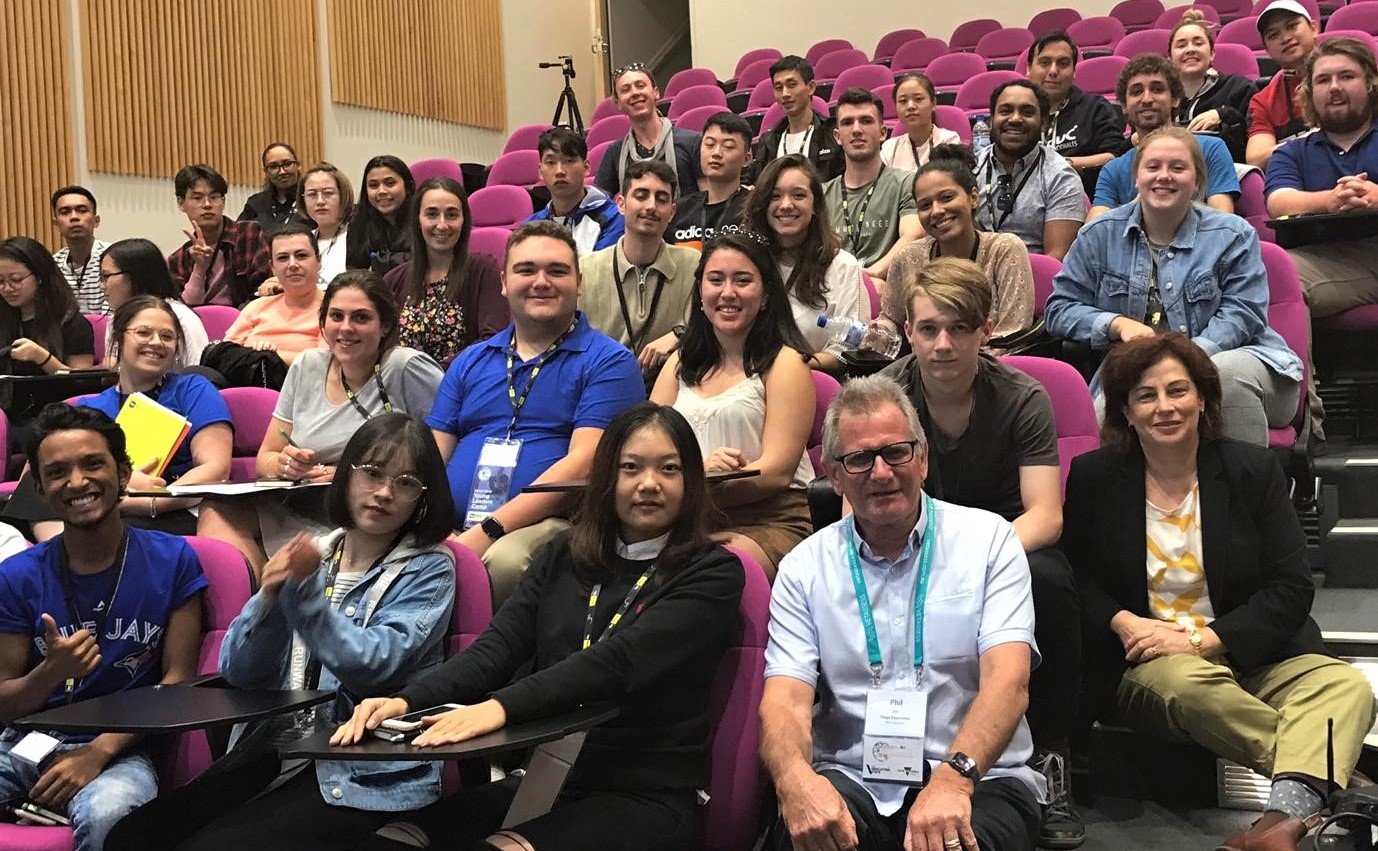 While Congress planning started nearly two years ago, the final preparations kicked off in 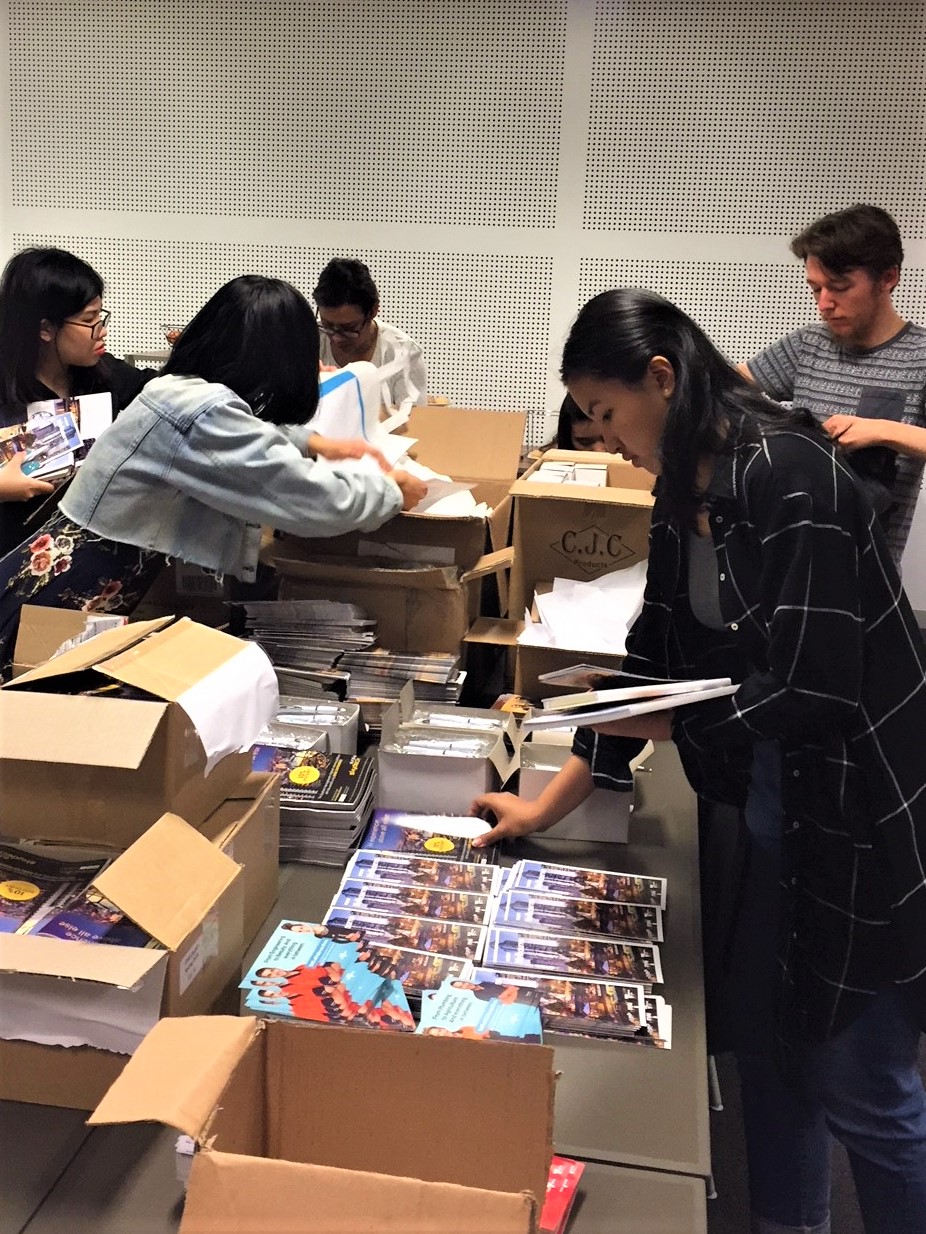 earnest yesterday as we moved into the Convention Centre venue, and were supported ably by event management students from William Angliss Institute.

Starting at the venue early on Sunday morning, students have been packing goodies into congress satchels, sorting name badges, and going through emergency procedures.

The William Angliss students will be in attendance over the coming days, and can be identified by their distinctive black and orange uniforms.

Once again, Australia’s TAFEs have been outstanding in supporting the congress and deserve a big ‘thank you’.

Victoria and Queensland holding out on national skills funding agreement

The federal government has accused the Victorian and Queensland government of turning their backs on more than $500 million in funding for apprentices and trainees after they failed to sign on to the Skilling Australians Fund.

The Minister for Small and Family Business, Skills and Vocational Education Senator Michaelia Cash said the agreement would have awarded Queensland $245 million and Victoria $320 million, and created more than 100,000 training places over four years.

“Their decisions will make it harder for young Australian tradies to get ahead and will limit the training opportunities for Australian workers in their states,” Senator Cash said.

Western Australia is the latest jurisdiction to sign the national partnership, alongside South Australia, NSW, Tasmania, the ACT and Northern Territory.

Queensland premier Annastacia Palaszczuk said she had rejected the deal because it fell well-short of what Queenslanders would expect.

The federal opposition said the “deeply flawed” program would see two states, representing 45% of the country’s apprentices, outside the national funding scheme.

Federal and state training ministers agree to new round of reform

Commonwealth, state and territory skills ministers have agreed to undertake a series of pilot projects to help accelerate a planned overhaul of training products.

The COAG Industry and Skills Council meeting in Adelaide last week received an update on training products as part of a discussion on improving quality in the VET system.

“It was agreed to progress training product reform by undertaking pilots and projects to test proposed enhancements to training products, including work on banks of common units of competency,” the communique said.

The meeting also addressed quality concerns with unduly short training and received the results of feedback from a public consultation following a review by the Australian Skills Quality Authority (ASQA).

The ministers agreed to seek advice from ASQA on adopting three of their recommendations from the review.

The federal opposition has committed to paying the upfront fees for 10,000 early childhood educators at TAFE, if it wins the next election.

The 10,000 free TAFE places are linked to a $1.75 billion funding pledge outlined by opposition leader Bill Shorten to provide all three-year-olds with 15 hours a week of free preschool.

The 10,000 positions will come from the 100,000 free TAFE places that Mr Shorten promised under a Labor government in his Budget reply in May.

“TAFE is, I think one of the engine rooms of the jobs of the future,” he said.

“TAFE is quite good at educating people quite quickly, the beauty of TAFE also is that it gives people an opportunity to retrain from one career into another, for mums for returning after maternity leave to try a new career.”

Australia’s VET sector has experienced its own version of the “culture wars” that have pitted the interests of various stakeholders, and contributed to the current malaise, according to former skills agency head and TAFE boss, Robin Shreeve.

In an article in The Conversation, he lays part of the blame on the shift from VET’s “golden age” that emphasised lifelong learning and educating the whole person, to the current emphasis on producing workers skilled for specific jobs.

“In an age where we’re told many of tomorrow’s jobs don’t exist yet, it seems odd to prepare people solely with highly specific occupational skills,” he says.

Shreeve is the former head of Skills Australia and Deputy Director-General of TAFE and Community Education at the NSW Department of Education and Training.

He says VET needs a new “national settlement” with priorities and operating principles that balance the sometimes competing priorities of students and industry groups.

He says that while universities have powerful alumni in business and politics, as well as academic freedom, “the public VET provider, TAFE, is often treated like a government department.”

“VET professionals are not free to comment publicly on government policy lest their views conflict with political positions or challenge direct ministerial control,” he says.

Approximately 750 domestic students and about 80 international students will be impacted by the closure of Victorian based college, Pragmatic Training.The college which also has campuses in Queensland delivers both VET and higher education courses in areas including childcare, disability support, beauty and multimedia.

The federal government’s tuition assurance arrangements will provide assistance for VET students, while international students will be assisted under the Tuition Protection Service (TPS).

See information provided by the Administrator.

The Australian Skills Quality Authority (ASQA) has welcomed the conviction of four people involved in creating false student records and other documents.

The Victorian County Court  convicted Baljit Singh, Rakesh Kumar, Mukesh Sharma and Rekha Arora of conspiracy to defraud the Commonwealth and conspiracy to deal in the proceeds of crime.

In December 2014 the AFP and ASQA commenced Operation Aristotle a joint investigation into a conspiracy to defraud the Commonwealth and dealing in the proceeds of crime in excess of $1 million.

The day-long forum is designed for VET researchers to present their research, to learn from each other and to engage in dialogue with other stakeholders in the nation’s VET system. It will be of interest to researchers, practitioners and policy makers.

It will include 12 peer-reviewed presentations and symposia, in two parallel streams, on current and recent research conducted in Australia and internationally.

Topics include VET policy issues, apprenticeships, VET teachers and teaching, training packages, research overview from AVETRA’s journal, and applied research. Delegates have the chance to discuss the implications for policy and practice, and to pose questions to a panel of experts.