I still remember the look of surprise in response to my show of disdain.

Last year at the Congress of the World Federation of Colleges and Polytechnics in Melbourne several colleagues from community colleges and polytechnics in the US and Canada announced with great anticipation the arrival of competency-based education to their college and university scene. They said competency-based education (CBE) would be a game changer.

Competency-based training (CBT), our very own version of CBE, carries many meanings and histories and it may have been my history of CBT that gave rise to my response.

CBT has been the building-block of vocational education and training since its creation by the National Training Board toward the end of the 1980s. It was hailed as the game-changer – the means by which the needs of industry and employers could be reflected within VET delivery. Under the Australian National Training Authority the competency approach was enshrined in national industry endorsed training packages from the mid-1990s.

Educationalists warned at the time that the approach risked a reductionist approach to training, a sort of atomising of the education and training experience into small decontextualized parts. Time has shown that these parts have been mixed and matched in innumerable ways as the sector more and more has sought to meet the disparate needs of employers.

We’ve been arguing the toss ever since. In my time in the sector, there’s been the high-level review of training packages conducted in the mid-2000s, VET products for the 21st century released in 2004 and the present review of training products underway by the COAG skills ministerial council, although it seems stalled at present.

We’ve had recommendations on approaches to assessment, calls from the regulator for volume of learning to guard against short courses and new training and assessment requirements placed on trainers, all in the vain hope of assuring upfront the integrity of delivery, given ASQA audits can only ever be retrospective.

If our current armoury amounts to no more than the closing of the gate after the horse has bolted, then current plans by ASQA of testing the educational bone fides of RTO applicants seems a good idea. The question is though, how is this tested? We have a situation where regulation at best is compliance against the minutiae of training packages. Where in the sector is the narrative about adult education theory and practice, let alone any serious attempts at descriptions, attributes and measures? ASQA has nothing to go on. Nor does the sector have a basis for assessing what ASQA does in this regard.

From where did my disdain arise? TDA, TAFEs and other good providers have spent the last two years cleaning up the mess of the VET FEE-HELP scheme. Many have pointed to poor program administration as the cause. I think we need to look deeper – at CBT, seriously!

It was no surprise that the bulk of the courses delivered by the now closed providers were in business, leadership and community services. The units of competency can easily be mixed and matched by providers, to minimise their effort and maximise the loan from students, it seemed. The regulator was hamstrung on checking the educational integrity as training was online and as I said before, is after the event. And students had no power to realise anything was wrong as they had nothing to judge whether courses were over-priced or super short – as there is little regularised delivery in VET. (I’ve often said that this sort of scam would have less chance of success in higher education as the community understands that a graduate degree is three or four years in the making.) Why is it then that in the face of such egregious examples of poor and fraudulent behaviour of providers built off CBT that we have not looked at the building blocks of VET to prevent this from happening again?

It’s time we had a serious look. The behaviourist theories of human development upon which CBT appears to have been based have long been surpassed. Pavlov’s salivating dogs have long been put to rest. So too should our simple input-output, stimulus-response building blocks of VET.

Over the next few weeks I’ll look deeper into these issues. We can do better!

Around a third of Australian jobs could be at risk of automation, and policies will need to focus on ensuring adults are trained with new skills, according to the OECD Employment Outlook 2019.

The report says that 36 per cent of Australian jobs face significant or high risk of automation, which is below the OECD average of 46 per cent.

It warns that despite growing anxiety about potential job destruction from technological change globally, “a sharp decline in overall employment seems unlikely”.

There are, however, increasing concerns about the quality of some new jobs.

“This may increase disparities among workers if large segments of the workforce are unable to benefit from the good opportunities the economy generates.”

The OECD calls for a comprehensive adult learning strategy to tackle the changing world of work and to ensure that all workers, particularly the most vulnerable, have adequate opportunities for retraining throughout their careers.

The Morrison government has promised that, if re-elected, it will extend the current apprentice wage subsidy trial to cover a total of approximately 3200 apprenticeships.

Prime Minister Scott Morison and the Minister for Skills and Vocational Education Senator Michaelia Cash announced that the government would double the size of the existing program, adding another $60m in funding which will support an extra 1600 apprentices.

The program commenced in January and provided incentives in the form of a wage subsidy to regional employers who take on apprentices in skill shortage areas, and who had not previously employed apprentices.

The wage subsidies are provided at 75% of the apprentice’s award wage in the first year, 50% in the second year and 25% in the third.

The government said that under the opening round, the 1600 available places were exhausted “within weeks”.

The Shadow Minister for Skills, TAFE and Apprenticeships Senator Doug Cameron said the program encourages businesses to view young workers as a source of cheap labour by paying large incentives to rural employers with no history of training.

“This means regional businesses which pay minimum wages, many having never invested in apprentices, will receive the unsustainable government largesse,” he said.

Registered training organisations (RTOs) delivering first aid training have been urged by the Australian Skills Quality Authority (ASQA) to review their practices following a West Australian coroner’s decision on the death of a young footballer.

The coroner found  that the 15-year old died after being overcome with heat stroke while engaged in a rugby league training session. He was given first aid and taken by ambulance to hospital where he died from multi-organ failure.

The coroner found that if the first aid responders had been trained to deal with heat stroke in line with recent developments, the boy may have survived. He also recommended that agencies who train first aiders in heat-related illness consider changing the content of the training.

ASQA says RTOs should immediately review new advice on heat stroke for sports trainers and coaches and ensure that training is consistent with that advice.

ASQA has also issued a reminder about the need for first aid trainers to ensure that those learning CPR must demonstrate on an adult resuscitation manikin placed on the floor, and not on a table.

TechnologyOne is Australia’s largest enterprise Software as a Service (SaaS) company and one of Australia’s top 200 ASX-listed companies (ASX:TNE). Join us at Showcase 2019 for a one-day event, to hear inspiring business leaders at the forefront of their own industry digital transformation.  Uncover what industry leaders in the education sector are doing to connect with their students to provide a superior experience and to differentiate themselves in an increasingly competitive market. Explore how innovation in enterprise SaaS is empowering industry transformation and what this evolution in technology means for your industry, your company and your people.

Join Professor Peter Nikoletatos as he leads a panel discussion into the findings of a recent survey of Australian university students’ expectations of the student experience and what these findings mean for the Australian tertiary education sector.

Join lead researcher, Dr. Joseph Sweeney, as he deep dives into the key findings of the recent State of Enterprise Software Report – what this means for the tertiary education sector and the attitudes and industry trends around enterprise software adoption.

Hear how Netflix disrupted the movie industry and how others are embracing new models of service delivery to transform.

One of the standout features of Anzac and Remembrance Day services at the Australian War Memorial in Canberra is the floral arrangements, prepared by students from the Canberra Institute of Technology. 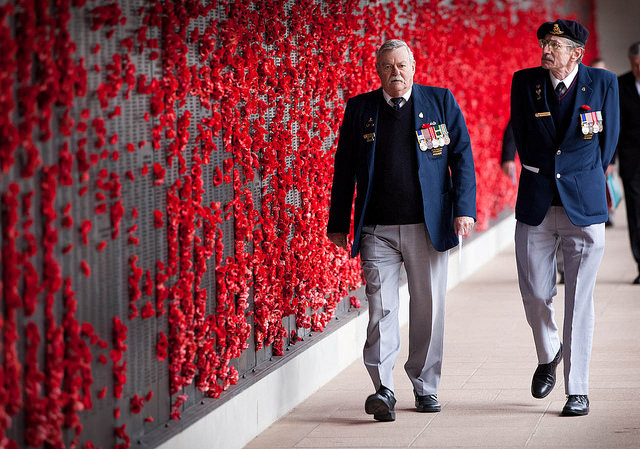 This year’s service marked ten years of CIT floristry students volunteering their time to prepare button holes and floral arrangements for the event.

Fifteen students at CIT Bruce prepared around 500 button holes with red Flanders poppy and fresh rosemary for veterans and VIPs who attended the Anzac Day services.

CIT CEO Leanne Cover said CIT has many connections across Canberra, and the Australian War Memorial was just one of the many valued relationships CIT has in the community.

“Our students appreciate the significance and sacrifice that was made by our Anzacs and are always happy to give their time and skill for this event during their mid-term break,” Ms Cover said.

The former chair of the National Apprentice Employment Network (NAEN), John Liddicoat (pictured), has started in a new position as Head of International Business at TAFE NSW.

Mr Liddicoat stood down last month as general manager of group training organisation, Novaskill, and also from his positions as chair of both NAEN and the Apprentice Employment Network (NSW & ACT).

TDA congratulates John on his appointment, and also extends its appreciation for the contributions that Liz Wells made whilst acting in the role.