I was lucky enough several weeks back to visit the Hydrogen energy experimental site at the trades’ facility at Canberra Institute of Technology. Canberra is a unique test bed for hydrogen energy as both the gas and electrical distribution is handled by one government enterprise – Evo Energy. Canberra has almost exclusive reliance on gas for household heating in winter which gives a sense whether hydrogen can be used at scale.

To the best I understand the economics and science, surplus solar and wind energy passes through water to create Oxygen (O) and Hydrogen (H2) in a gaseous form. Importantly H2 can be stored and transported.

The extent to which H2 can flow through existing pipes and distribution points, in full form or as a blend is central to feasibility of take up in domestic and commercial uses. Experiments to date point to success, with some minor modifications.

CIT has been selected as the experimental site as the feasibility comes down to distribution technologies and advanced technical and trade skills.

CIT is not the only TAFE engaged in these developments. Flinders University and TAFE SA have campuses at Tonsley Innovation District where a commercial scale Hydrogen plant was opened last week and SuniTAFE, Mildura is working with the Mallee Regional Innovation Centre to explore the future of H2, especially for heavy vehicle transport. (I expect other TAFEs will tell me I have missed their substantial investments in H2!) 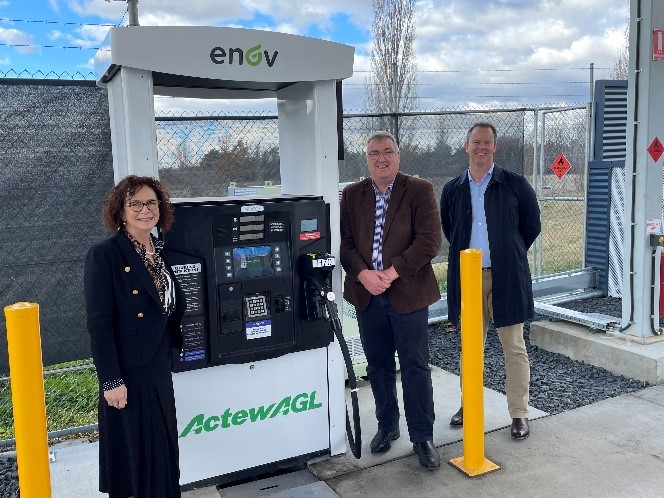 Hydrogen also becomes important in heavy transport as the batteries required in electric trucks to carry the loads weigh too much themselves. Hydrogen packs more power per cubic metre. The ACT Government is running a fleet of heavy and light vehicles off the H2 generated on site at the CIT facility.

Not all the eggs are in the Hydrogen basket, though. I followed with great interest a month ago, the journey from Sydney to Melbourne of Chris Roberts, Team Leader of Automotive Technology in Western Sydney at TAFE NSW, in a new electric vehicle. Chris and others were attending training for the EV and chronicled the ups and downs of the experience on the open road and the perils of range anxiety. See their story here.

Then, this past week, staff from TAFE Queensland and TAFE NSW met in Brisbane to share approaches to training for EVs. It demonstrates the role TAFE can play in advancing the understanding and deployment of new technologies. (Also demonstrated nicely in the new Trade Training Centre at the Ashmore campus of TAFE Queensland which was opened last week.) 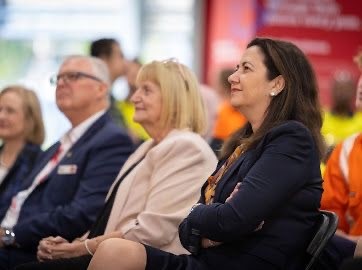 The deeper message is the capability and capacity TAFEs furnish to industry to test and deploy new technologies. By virtue of being new, it must start somewhere – and that is where TAFE comes to the fore. There may be a three-year wait for a relevant training package to be put in place, and successful delivery still depends upon deep knowledge of the technology, which, in this case comes from TAFE. This underscores the rationale for public provision – TAFEs operate for the benefit of the state, its industry and its citizens, not the bottom line which perils public investment in private entities.

Fundamental change in energy supply and distribution is just one element of transformation sweeping across the economy. It is being led by a few leading firms, often supported by public investment and far in advance of any changes able to be reflected in training packages.

If Australia is to play its part in net zero emissions via a new technology footprint then there needs to be considerable thought given to the genesis of the technology, the capacity to scale it up for deployment and how to develop a receptive workforce.

Alan Tudge, as minister for higher education started on the right foot by asking for suggestions for commercialisation of research. TDA’s submission to the enquiry suggests serious focus be given to the TAFE capability for technology adoption, framing its deployment and the shaping of workforce skills for the new world. An inert set of competencies fail to keep up with the change – both time and knowledge wise.

TAFE NSW campuses in the Greater Sydney area, including the Blue Mountains, Central Coast, Wollongong, and Shellharbour, will remain open, despite the NSW lockdown prompted by the spread of the COVID-19 Delta strain.

In line with NSW health orders, TAFE campuses will be open for education and student support services, but with COVID-safe measures.

Those attending will need to wear a mask, socially distance, check-in using the QR code, and refrain from congregating in common areas, including in libraries or around outdoor seating.

Students with scheduled face-to-face activities or planned work placement are advised to contact their teachers to confirm arrangements.

A confirmed case of COVID-19 in a student at Meadowbank campus on June 16 has prompted a series of steps to ensure safety.

TAFE NSW is undertaking a deep clean of the site.

TasTAFE to get virtual campus

The Tasmanian government is taking the first steps in implementing a new TasTAFE virtual campus which aims to improve the experience for remote learners.

The Minister for Skills, Training and Workforce Growth Sarah Courtney said planning is underway to create a hybrid learning model that provides a blend of remotely facilitated training, practical, on-campus experiences and 24-hour access to digital content and learning activities.

The $10 million virtual campus will be a staged process with the first programs to be piloted in the second half of next year, with a target of 75 products to be available by the end of 2025.

Ms Courtney said the initiative represents the next evolution of TasTAFE to ensure it is accessible to all students and delivering the training needed by industry.

“This is because we recognise that TasTAFE training is vital to building a skilled Tasmanian workforce and providing the job opportunities for Tasmanians that are looking for work,” Ms Courtney said.

National Skills Week 2021 is an initiative of SkillsOne which works with government and other stakeholders to promote positive messages around employment outcomes, career pathways and skilling solutions for jobs of the future through vocational education and training.

Now in its eleventh year, National Skills Week 2021 will be held from 23 to 29 August, inviting Australians to explore the many vocational career pathways in a post-pandemic economy.

National Skills Week Chair, Brian Wexham, says that during the week, areas of emerging skills needs are highlighted, career options profiled and inspiring stories told. There has never been a more pivotal time to educate job seekers and school leavers on the importance of gaining a skill.

There are many ways for schools, training organisations, industry, employers and supporters of VET to be involved, for example by organising and showcasing activities and events, holding open days, and running social media campaigns during the week.

TAFE NSW Cultural and Linguistic Diversity Coordinator Eva Atkins, pictured, has been awarded the 2021 NSW Humanitarian Award for Education for her passionate work to break down barriers to education for former refugees.

Ms Atkins most recently worked with CORE Community Services and South West Sydney Local Health District to design a program promoting career pathways in the health industry for people from a refugee background.

“Healthcare is earmarked to be one of the largest sectors of employment for Western Sydney residents and I wanted to be able to help our community thrive by assisting local migrants to gain employment in the industry,” Ms Atkins said.

“It was very much a group effort, but I saw a potential opportunity with the South West Sydney Local Health District to help refugees pathway into meaningful careers in health.”

“This year, each of the seven graduates from the program who applied for positions at Fairfield Hospital received job offers, which is an outstanding result,” Ms Atkins said.

“I’m humbled to have received this prestigious award and it has only further fuelled my ambition to grow the program. We are extending the delivery of courses to include TAFE NSW locations at Wetherill Park, Granville, Liverpool and Campbelltown.” 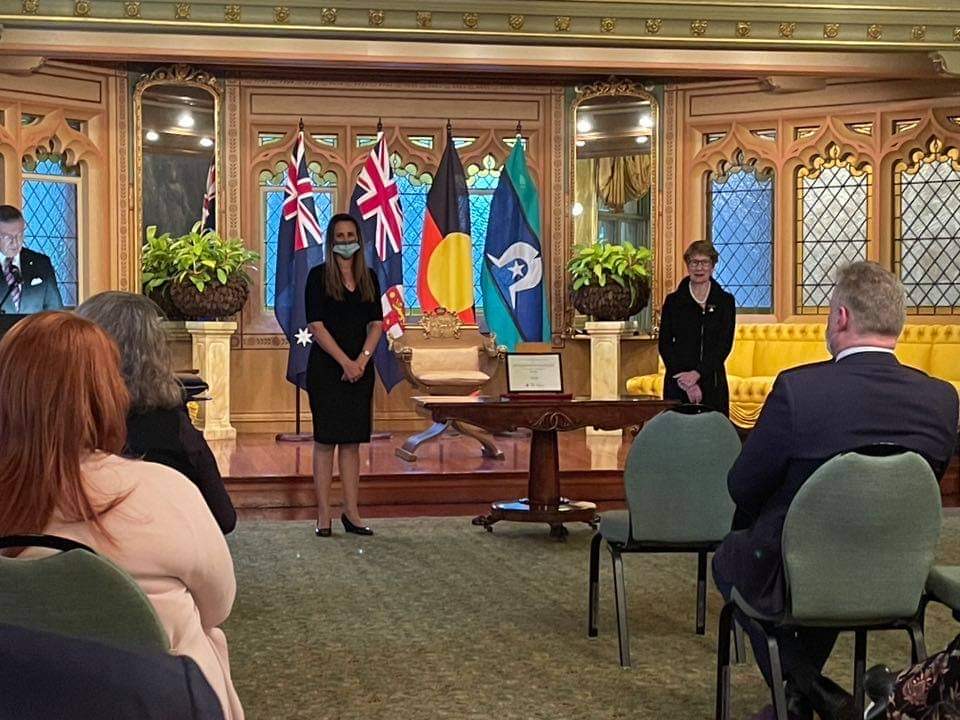 Eva Atkins at the awards ceremony with Her Excellency the Honourable Margaret Beazley AC QC, Governor of New South Wales

Kangan Institute has joined with the Australian Automotive Aftermarket Association’s specialist 4WD Industry Council to develop the 4WD Accessories Technician Course which will establish a broad set of skills for working in the 4WD accessories fitting environment.

The course uses a blend of some mechanical units, accessory fitting and electrical units. It culminates in a Certificate II in Automotive Service Technology.

“This truly is a unique market, and that is why the off-the-shelf training program hasn’t been fitting the bill,” said Kangan Institute Chief of Industry Engagement and Education, Arron Wood.

The course contains 20 units of competency which will be delivered over 28 sessions at Kangan Institute’s Automotive Centre of Excellence at Docklands in Melbourne. 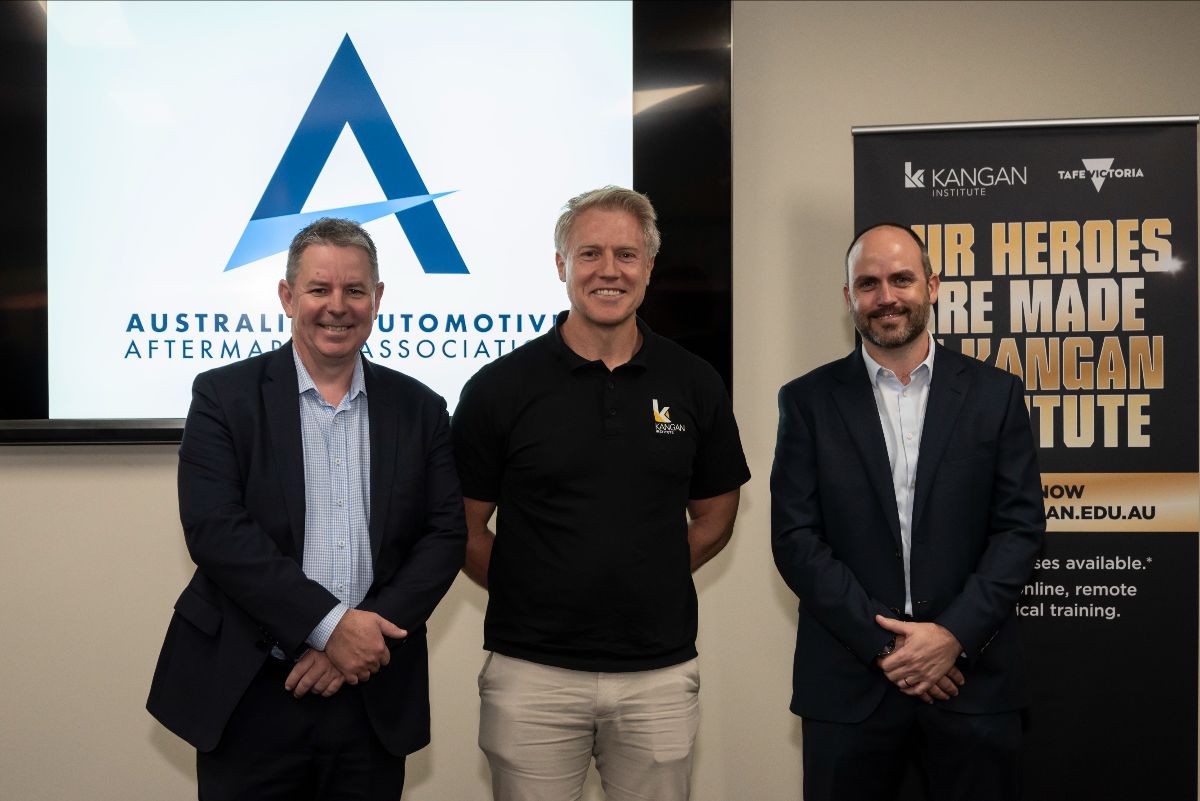 There are just a few days left to register for the 2021 Australian Training Award, with nominations set to close on Wednesday, June 30.

Individuals, businesses and registered training organisations can nominate directly to the Australian Training Awards for the following categories:

A short on-line conference organised by the Journal of Vocational Education and Training (JVET) editorial staff is being held Friday, July 9.

Normally, the JVET conference is at the University of Oxford and lasts for several days. This year JVET is having a short ‘keynotes’ conference with three top-line speakers, and is free of charge.

The conference is taking place in the Australian evening starting at 7.00pm through till midnight.