In last week’s newsletter I said I’d explore the dimensions of competency-based training (CBT), triggered by my discomfort that competency-based education (CBE) appears ready as the breakthrough for North American tertiary education. 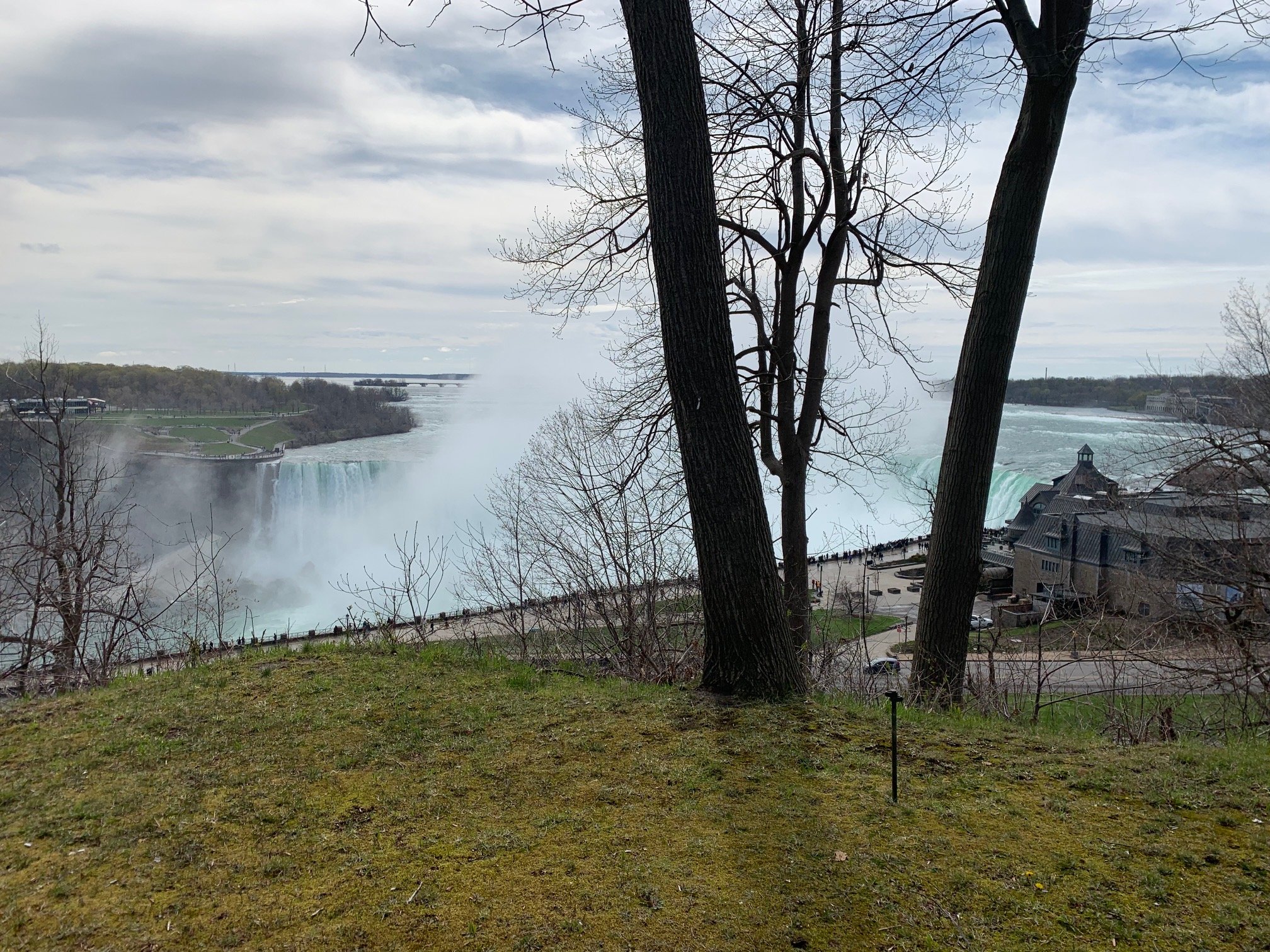 I’ve read, I’ve meditated on grand old texts (literally), sought counselling and searched my soul. How could I question the miracle of competency-based education when it fulfilled the same for vocational education and training in Australia?

Like all penitents I had to divine the issues. We bring three attributes to mind when we talk competency here in Australia: the efficiency aspect; the economic aspect and the education aspect. The education aspect deals with the learning wrought through CBT, and economic is the return of CBT to industry – both of which I will deal with in later newsletters. The efficiency aspect is the first of my purgings.

The Americans might be on to something with CBE. Their tertiary education is built on the credit hour: 15 hours of teaching to create a credit point. Graduates need 120 credit points, accumulated 15 per semester over a four-year period. Nice and neat. Straightforward even. Time in class, or seat-time, tends to determine graduation – the learning outcomes come in second.

This suits the 14 per cent of American undergraduates who live and study full-time on campus but not the others who tend to study part-time, as their circumstances allow, and often in more than one institute.

The US is paying the price. It’s ranked 14th in the world with 42% of 25-34 year-olds with a higher education. Around 54 per cent of students graduate within six years but the socially disadvantaged are less likely by at least 10 percentage points. Community college graduates fare even worse. Obama set a target of 60 per cent by 2020 which means an extra 10 million students above the existing 8 million!

We were issued a similar qualification uplift challenge in the late 2000s. As we already had the flexible CBT system, all we needed to do was open up funding to broader competition, convinced that student choice in the VET marketplace would draw more into the sector and onto attainment. We had the National Entitlement up to a Certificate III, on-tap VET FEE-HELP (with no fee control) and demand-driven funding for undergraduate places in universities. The fraudulent responses from some VET providers have written their own column inches and the rapid clamp-down by governments has caused us all to pause. What is clear from recent commentary, though, is our post-school education system is out of whack with distorted funding arrangements and incoherent qualification systems, which could be sheeted home to CBT, or its poor application and regulation.

What hope, therefore, for the US? I’m not sure to be honest. On the one hand, given strong private for-profit interests I fear outcomes similar to ours. On the other hand, if they deploy CBE drawn from an education-first perspective the efficiency uplift could be pronounced and attainment levels high. There’s some hope in the definition of CBE from the Competency-Based Education Network (C-BEN):

Competency-based education combines an intentional and transparent approach to curricular design with an academic model in which the time it takes to demonstrate competencies varies and the expectations about learning are held constant. Students acquire and demonstrate their knowledge and skills by engaging in learning exercises, activities and experiences that align with clearly defined programmatic outcomes. Students receive proactive guidance and support from faculty and staff. Learners earn credentials by demonstrating mastery through multiple forms of assessment, often at a personalized pace.

See, they are starting with learning outcomes and adding a competency measurement and progression approach. Under our current incarnation of CBT, we can’t guarantee this – which I will deal with in future weeks.

If you are interested in a fascinating rundown on credit point history in America – back to Andrew Carnegie in the late 1800s – and the foundations of CBE I recommend Cracking the Credit Hour. It’s an easy read and makes you think about the conundrum of CBT in Australia. Let me know what you think.

In the meantime, Iook at the beautiful Niagara Falls on a clear Spring day here in Canada. I am with others from TAFEs and the sector at the start of the TDA Cisco-Optus Study Tour of Toronto and Washington, DC and about to attend the conference of Canada Colleges and Polytechnics. We have lots to learn from the Canadians. I needed to walk to get the picture, while others have a spectacular view from their room – but that’s a sore point that stays on tour!

The federal Opposition has pledged to put TAFE at the forefront of renewables innovation and education if it wins government in less than a fortnight.

Mr Shorten said the TAFE upgrades would also support building, construction and design students to integrate renewables into their studies and make sure “TAFE is at the forefront of renewables innovation and education”.

Red tape, confusion and employer resistance may be some of the factors that are working against greater uptake of apprenticeships, according to a discussion on ABC radio.

The program explored the issues facing both apprentices and employers and received calls and texts about what could be done to improve the system. Issues canvassed included red tape, government incentives, retention and completion rates, and the question of support for employers who take on apprentices.

See ABC Radio’s Focus program Apprenticeships and traineeships – is the system delivering for our young people?

Meanwhile, the RMIT ABC Fact Check has delivered its verdict on Opposition Leader Bill Shorten’s claim that apprenticeships have slumped since the Coalition took office, finding the claim “misleading”.

“Maybe the VET system needs to take the blame for this given it helps little in clarifying the differences between apprenticeships and traineeships, and new entrants and traineeships for existing workers,” Craig Robertson commented.

Approximately 500 VET providers with less than 100 students make up almost a quarter of all training providers, but comprise less than 1% of students, according to new research from the National Centre for Vocational Education Research (NCVER).

The study by Patrick Korbel and Kristen Osborne found that small, stable VET providers (those that maintained enrolments of fewer than 100 students across a three-year period) contribute to the diversity of VET through niche qualifications they offer to students.

“Many of them deliver specialised training, often in areas that receive little to no government funding or don’t attract enough students to warrant a larger provider having the qualification on scope,” the study said.

Described as “quiet achievers”, the small providers had a relatively higher percentage of students with a disability or Indigenous students, indicating that they may be delivering very specialised and targeted services to those students.

However, it found there were no substantial differences in student outcomes achieved by the small providers, saying graduates recorded similar levels of satisfaction with teaching and training as those that graduated from medium or larger providers.

See ‘The role and function of small VET providers’

TAFE and university must be equals, Labor's Tanya Plibersek says

The Deputy Leader of the Opposition and Shadow Minister for Education and Training Tanya Plibersek has vowed to address the anomaly in fee help between university and TAFE, and place both sectors on an “absolutely equal footing”.

In an interview with the Financial Review, Ms Plibersek said one of her biggest concerns was the different approach to fee help between university and TAFE, which would be addressed in Labor’s promised post-secondary education review.

She warned that universities should not expect any extra money for research and that Labor’s focus would be squarely on the training sector.

Ms Plibersek said she was especially worried by the state of TAFE and would apply tougher standards to private training providers because so many “shonks” had got into the business and the Coalition government had been slow to shut down “rapacious and poor-quality” operators.

Four weeks left to apply for the 2019 Australian Training Awards 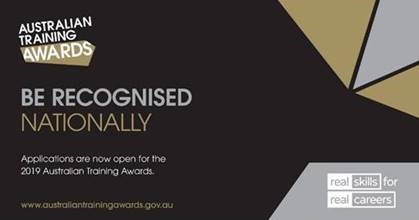 Commentary against foreign students is set to step up a gear with tonight’s ABC Four Corners which probes the higher education system’s reliance on foreign fee-paying students.

A preview of the program, titled Cash Cows, is said to lift the lid on the billions of dollars being raked in by universities from students without the qualifications or language requirements.

It quotes academics and students who are speaking out to reveal a picture of “compromised academic standards”.

“I think it’s a train wreck. I think it’s, it’s coming and it’s coming hard and the incoming government’s going to have to deal with (it),” an education consultant says.

A person with strategic leadership and management experience in an international development environment is sought to become a Team Leader to manage Tonga Skills for the Tonga Skills for Inclusive Economic Growth – a key investment of the Australian government in Tonga.

Based in Nuku’alofa, the role is available until September 2021, subject to ongoing funding.

See more on the job and person specifications.

See here to find out more about the role and to submit an online application.