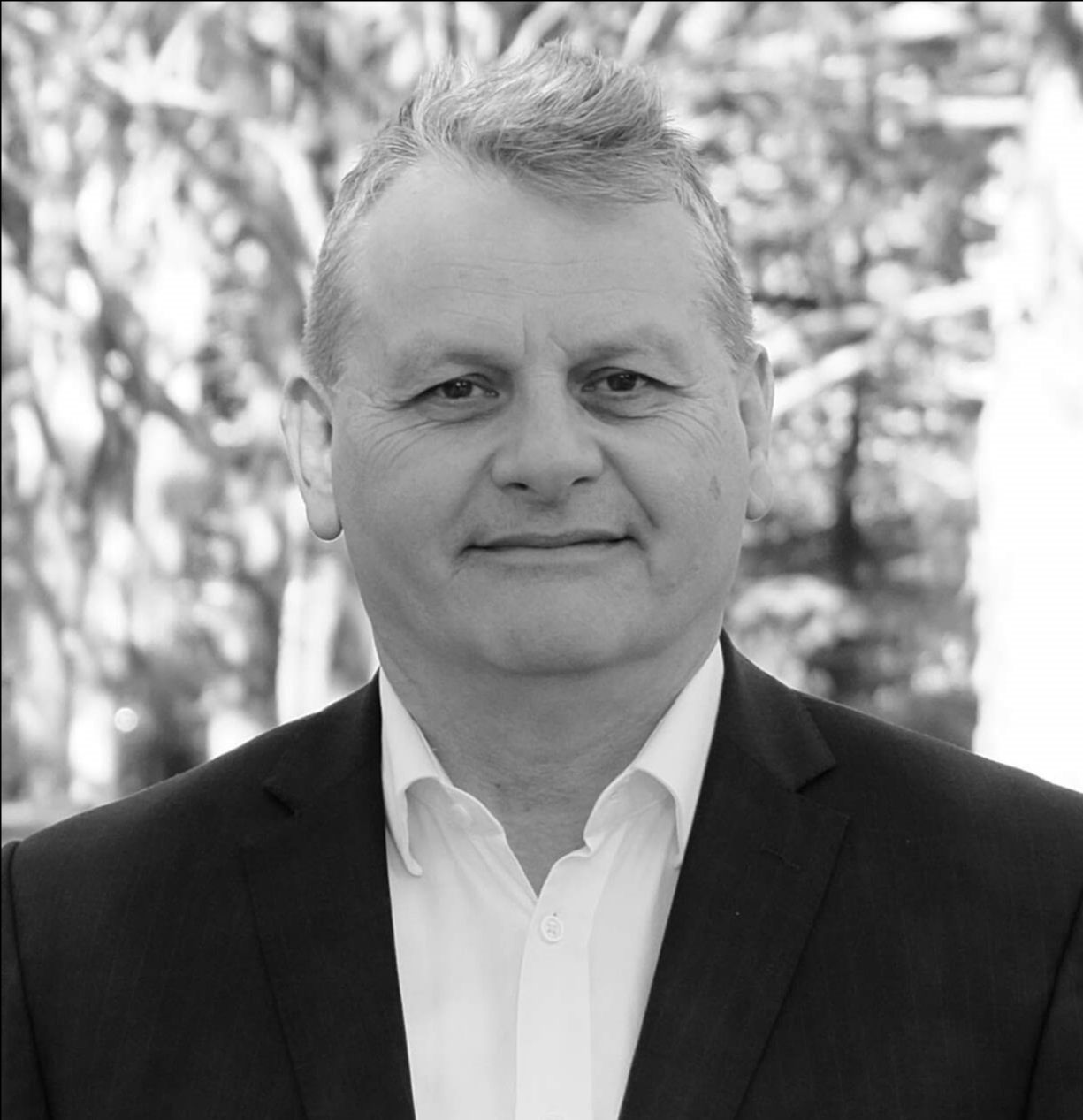 Today I’m diverting from the regular comment about the sector to acknowledge a member of the sector. Today, Craig Robertson, the previous CEO of TDA and now CEO of the Victorian Skills Authority, joins me in thanking Ron Jackson, who finishes with TDA on Wednesday.

I’ll only stay for three months, he said.

Not overly heartening for a CEO facing the daunting task of transferring students to TAFEs from one of Australia’s largest private providers which had just closed.

I don’t know anything about VET, he adds.

Not all that endearing to an organisation trying to enlighten change in the sector.

I’m an economist, not an educationalist, he often says.

Not exactly encouraging for TAFEs given it has been idealised neo-liberalism at the heart of the quality concerns across the sector dragging the sector down.

Just over four years since joining TDA, Ron Jackson is leaving to join the Digital Skills Organisation on another adventure!

From my perspective, Ron has been anything but temporary, lacking understanding of VET or a raging rationalist! Over the journey we shared together at TDA we loved the hard yards in supporting students’ move to TAFEs, bringing new perspectives on the role of TAFEs or applying systems and economic thinking to advocacy.

The good journeys in life entail excitement about a new destination, mixed with a high degree of satisfaction with the path previously trod.

The destination offers hope of digital renewal in VET.

Ron, it’s a good journey and we wish you well. (Craig).

Ron, along with Craig I’d like to acknowledge your fabulous contribution. You joined TDA at a very difficult time and you, along with others in the secretariat, helped steer a positive outcome. Your commitment and amazing knowledge have all been very apparent over the many years I have known you.

As I continue to lead TDA as CEO next year, I will miss you, but I also know where you have gone and will come knocking if I need you! (Jenny).

On behalf of the TDA Board, TDA CEOs and Executive teams, the many TDA supported network members, and the TDA Secretariat – thank you, Ron Jackson. You have been a terrific leader within our broad team.

The development of a more diverse student cohort is a centrepiece of the new 10-year strategy for Australia’s $40 billion international education sector, released last week.

The Australian Strategy for International Education 2021-2030 outlines measures to help support the rapid return of international students when borders open on 1 December.

A key goal is a more sustainable sector, built upon greater diversity amongst the international student population in order to reduce financial risk and maximise the student experience.

The government will introduce new transparency measures around student diversity including a diversification index.

Education Minister Alan Tudge said the reliance on a high numbers of students from a small number of countries “presents significant financial risk to individual providers and to the sector more broadly.”

“The government will work with the sector, particularly public institutions, on strategies to encourage an optimal make-up of international student cohorts,” he said.

Another key objective of the strategy is to better align the courses studied with skill shortage areas.

The federal government has announced a series of regulatory fee relief measures and visa extensions, as part of its efforts to kick start the international education sector.

The key fee relief measures include::

The visa changes include:

CIT was one of the first in Australia to offer training in wind turbine safety. The training was developed in collaboration with industry to teach the practical and technical skills needed in Australia and overseas.

The awards highlight CIT’s focus on developing and delivering GWO safety training at the highest standard.

We are delighted that the Assistant Minister for Youth and Employment Services, the Hon Luke Howarth, will join to formally open the conversation.

The webinar will focus on ways of better meeting the needs of youth, and addressing completion rates. It will feature:

The webinar is on Wednesday 1 December at 2.00pm AEDT (Canberra/Melbourne/Sydney time).

A stylish cut designed to attract dozens of new apprentices

Jobs Victoria and Box Hill Institute, with their industry partners, have launched a program to provide apprenticeships to dozens of aspiring hairdressers and barbers.

Many hairdressers left the workforce during the pandemic and the industry is now facing a worker shortage.

The program involves free training, mentoring, masterclasses and support at every level from Box Hill Institute.

“Through this partnership with Jobs Victoria, we’re so excited to give more Victorians the opportunity to find secure jobs, and continue earning while they learn,” Box Hill Institute CEO and Managing Director Vivienne King said.

The initiative was launched by the Minister for Employment Jaala Pulford at participating salon, Ohana Hairdressing.

“Victorians rushed out to the hairdressers when COVID restrictions eased and demand from new workers is now so high in this industry,” Ms Pulford said. 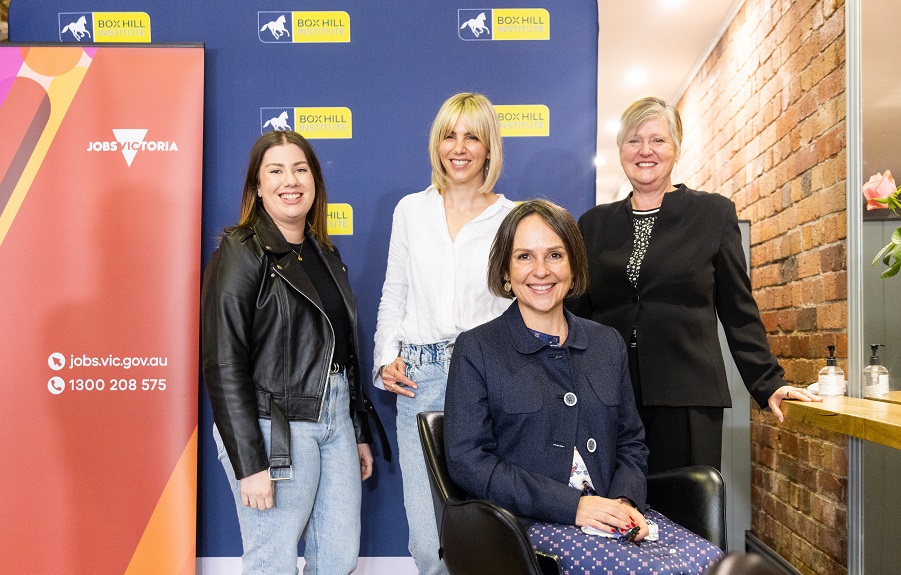 The National Centre for Vocational Education and Research (NCVER) has released a timely report on post-school apprenticeships and traineeships.

The report brings together existing research evidence to form a discussion on what could be considered enduring issues in the system around this important form of training. School-based apprenticeships and traineeship or those falling outside the formal contract of training model are excluded.

Five key issues were identified and examined, and up-to-date data was used to provide context and to illustrate these. The issues include: congestion (too many VET stakeholders) and harmonisation (lack of consistency across states and territories), completions, incentive payments and other supports to employers and apprentices/trainees, the interface between the apprentice/trainee and training providers, and the relevance of the current model of apprenticeship training.

Also, see the TDA website for new stories about apprenticeships and traineeships.

Register here for the next TAFETalks at 2pm Wednesday 1 December: Apprenticeships Part 2: Supporting students to complete.

The West Australian government has announced details of its $25 million TAFE equipment upgrade that was unveiled ahead of the March state election.

Premier Mark McGowan and Education and Training Minister Sue Ellery detailed how the initial stage of the four-year $25 million investment would be allocated.

Scammers and dodgy training providers have been targeted in a Queensland crackdown which has recovered more than $1 million handed over by students.

The Minister for Training and Skills Development Di Farmer said refunds and fee waivers have been issued to Queenslanders involved in VET following investigations by the Queensland Training Ombudsman (QTO).

“Since 2015, 2,036 complaints have been received, including training scams, false and misleading advertising and poor behaviour from Registered Training Organisations (RTOs),” Ms Farmer said.

“Almost 2,000 of these complaints were resolved, resulting in fee refunds and waivers worth more than $1 million.

Of the 392 complaints received in 2020-21, key issues included poor communication and enrolment disputes with RTOs, short duration of courses, issuing licences following the completion of a qualification and appropriate supervision for apprentices.

The ACCC has decided that it will not oppose the proposed acquisition of Ouriginal by Turnitin.

The ACCC was initially concerned that the proposed acquisition would remove a significant and innovative competitor to Turnitin in the supply of anti-plagiarism software, in particular for higher education institutions.

However, the ACCC’s investigation found that the proposed acquisition was unlikely to substantially lessen competition in the supply of anti-plagiarism software to Australian higher education customers.

“This is due largely to its superior technology and large database of previously submitted student papers and academic journals that are used to check submitted works for plagiarism.”

“Ouriginal, on the other hand, has a minimal presence in Australia with few customers and no Australian-based employees, and is not a significant competitive constraint on Turnitin,” Mr Ridgeway said.

Derek Scott, the principal of the Melbourne private school, Haileybury, has been appointed chair of the Australian Curriculum, Assessment and Reporting Authority (ACARA).

The Minister for Education and Youth Alan Tudge said that Mr Scott brings significant professional expertise from his decades as a leader in the education sector, with a strong understanding of what affects teaching quality and student outcomes.

Mr Scott replaces Belinda Robinson as chair. He was appointed to the board of ACARA in January. He was a member of the Expert Panel of the Australian Government’s Quality Initial Teacher Education Review earlier this year.

The ‘why’ of TDA’s new partner, the Angus Knight Group

The Angus Knight Group is one of TDA’s new Corporate Affiliate partners, aligning with TAFEs’ mission to empower all Australians to thrive in employment, education and beyond, irrespective of their background.

Last month, Angus Knight ticked the 30-year milestone. Over that time, they have worked closely in communities, both metro and remote, to support over 1 million people into skills and jobs.

“From Day One, we’ve been passionate about working with communities and creating career pathways because we know it has the power to transform people’s lives. That’s our ‘Why’,” says eponymous founder, Duncan Angus.

Its largest employment service is Jobfind, a company in constant innovation mode to create new and connected pathways into skills and jobs for the most disadvantaged job seekers.

Partnering with employers and organisations like TDA empowers Jobfind to set bold goals. For example, Jobfind leads a consortium of 18 partners to tackle youth unemployment with the bold goal of placing 5000 young people into meaningful work for which TDA, on behalf of its member TAFEs, is a key consortium partner.

Watch the video on Jobfind’s website to learn more about their ‘Why’.

A Managing Director role is available for Central Regional TAFE, which has campuses in Exmouth, Geraldton, Northam and Kalgoorlie. See more.

A Managing Director position is also available at North Regional TAFE, which is headquartered in Broome and has campuses at locations across the Kimberley and Pilbara. See more.

APTC is Australia’s flagship Technical and Vocational Education and Training (TVET) investment in the Pacific. It has country offices in Fiji, Vanuatu, PNG, Samoa, Solomon Islands and Timor-Leste. The Regional Head Office is located in Suva, Fiji.

APTC is managed by TAFE Queensland on behalf of the Australian Government’s Department of Foreign Affairs and Trade.